Save
Curb Your Enthusiasm: In Praise of Constraints
Share
Or
Copy

In 2005, while I was an architecture student at Columbia, visions of Bilbao danced through my classmates’ heads as they flocked to an architecture studio whose brief was to design an all-new Guggenheim Museum on Governors Island. I will admit that the prospect of exhibiting a spectacle for Columbia’s end-of-year show was seductive. But conducting field research for that class required only subway and ferry rides, while a studio offering in the historic preservation program promised a trip to Rome. I passed on creating another paper icon for New York and traveled to the Esposizione Universale Roma for one week that fall.

Benito Mussolini also had icons in mind when he proposed the EUR, though he meant it as an emblem of a thankfully failed movement. The objective for our class was to create additions to the Fascist architecture that acknowledged historic context without praising its origins. Professors Paul Bentel and Craig Konyk paired architecture and preservation students together, assigning duos to different sites. Charged with expanding the Adalberto Libera–designed Palazzo dei Congressi, my collaborator, Sabine van Riel, and I wondered: How do you grapple with an artifact as emotionally charged as this? Do you overpower it? Defer to it? Do your decisions have political ramifications? What architectural language worked best with this object in purely formal terms?

Which Materials are Easiest to Recycle?

At Columbia’s end-of-year exhibition, our generation-spanning collaborations were just as provocative as the no-holds-barred self-expression that the Guggenheim students presented. Since delighting in those results, I have found myself devising different answers to the questions of adaptive reuse over the past 15 years.

I made a more formal commitment to the subject after I learned that most of the terms underlying the EUR class dated to Rodolfo Machado’s 1976 essay “ Old Buildings as Palimpsest.” Machado’s comparison of buildings to literary texts that could be expanded upon, reconfigured, and even suppressed resonated with me deeply. Perhaps I sensed something Talmudic in that point of view. I applied for a job at Machado Silvetti, was hired, and had the opportunity to work on the expansion of the Chazen Museum of Art at the University of Wisconsin, Madison. The new building attaches to the Harry Weese–designed original via a third-floor bridge gallery that also employs Weese’s limestone cladding to appear as a unified facade. The volumes surrounding the bridge are materially diverse, not only to avoid copying Weese but also to create a greater sense of openness between museum and campus. Those themes are amplified inside, where a Petra Blaisse curtain softens but does not obscure the glass-walled lobby and a number of material intersections are lovingly detailed.

Since opening my own studio in Boston, I’ve devoted a good chunk of practice to reinterpreting, modernizing, and expanding historically sensitive places. Machado’s philosophy, working in tandem with the Northeast’s diverse building stock, has empowered an array of responses I might not have conceived out of thin air. For the lobby of a Boston office building inspired by City Hall, a heavily paneled and wallpapered interior was helping the Brutalist building masquerade as a Big ’80s law firm. A prismatic, all-white space now complements the exterior’s angles and invites passersby to rethink the building’s relevance.

More recently, suppression struck me as the more appropriate stance in Framingham, a western suburb of Boston, where the cannabis dispensary Cultivate tapped my studio for both site selection and design in converting a former strip-mall restaurant located next to a commuter highway. To broadcast the building’s new program to commuters, we wrapped the existing volume in two widths of white-painted corrugated aluminum, which gave the structure a soaring parapet on all four elevations. By covering surfaces in the brand’s signature green graphics, the facade is effectively transformed into a double-height billboard.

Rather than feel that working with an existing building curbs the creative potential of a project, I find that navigating between constraints forges new design paths. But just as the sites for my own adaptive-reuse work are becoming increasingly storied and nuanced, I am growing worried for the discipline. The creative pathways for adaptive reuse appear to be narrowing—and, once again, spectacle architecture may have something to do with it.

That showmanship is muscling into the field with newfound gusto is not an earth-shattering observation. The origins of this recent phenomenon have been teased apart on this website. In the past 10 years, however, a false equivalence between spectacle and appropriate architectural intervention has been drawn like never before.

I can pinpoint the birthdate of this cycle precisely to 2010, because in August of that year, Rem Koolhaas officially placed preservation in his crosshairs at the Venice Biennale. My alma mater captured Rem’s crystallizing thoughts on the subject the previous year. In that presentation, you could hear the man trying to distance himself from the economic implosion then taking place: that Frank Gehry’s buildings embody the toxic globalized capital that caused the Great Recession; that Rem himself was also more interested in preservation, as well as “generic” buildings that do “nothing”; that previous OMA projects have been mislabeled as starchitecture icons when in reality they were culturally sensitive—nay, meek; that programming was always more important than form; that reenergizing historic fabric through programming offers a path away from starchitecture.

Rem professed hope that the Great Recession would bring back “more planning, more thinking, and more feeling, even in architecture,” which is not unlike the worldview I learned from Machado. (Clearly, neither man foresaw Instagram.) But the most clarion takeaway from that lecture was the argument that preservation had widened out of control, to encompass buildings that were too new and too mediocre to necessarily deserve legal protections. And that cities had been calcified into luxury goods in the process.

While Rem claimed that “formless” design would allow architects to champion authentic urban experience…the reality is that he and his followers did not humbly steward the historic built environment.

While Rem claimed that “formless” design would allow architects to champion authentic urban experience, and to creatively thrive, in this preservation-obsessed world, the reality is that he and his followers did not humbly steward the historic built environment. In exhibitions and projects over the past decade, and sometimes under the cover of sustainability or urban redevelopment, these architects left an especially large imprint on vernacular buildings, in ways that don’t necessarily stem the gentrification of cities. Giving a mundane building the icon treatment may indeed boost its cultural relevance, but one gets the sense that these examples both lash out at preservation and buy into starchitecture as ever before.

We all know that Rem does what Rem wants and retrofits a convenient narrative to it later. All the more reason to bid him “OK, boomer” any day now. But the Rem-ification of adaptive reuse deserves closer inspection. There is significant daylight between what was said in 2010 and what took place in the world of high-concept, media-friendly adaptive reuse in the past decade. There should now be enough evidence to determine whether the Machado and Koolhaas schools of thought have truly diverged into a rematch of Ruskin vs. Viollet-le-Duc. In doing so, we may also figure out which of these mindsets is best suited to handle the wholesale building types—shopping malls, streetfront retail, traditional office headquarters—that Covid-19 is reducing to artifacts. 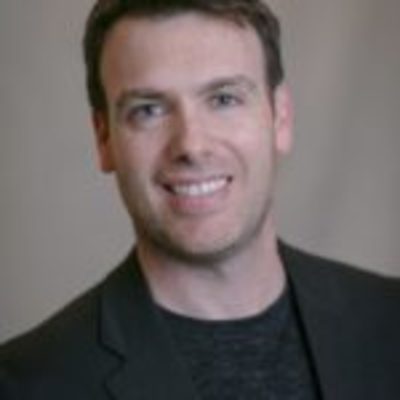