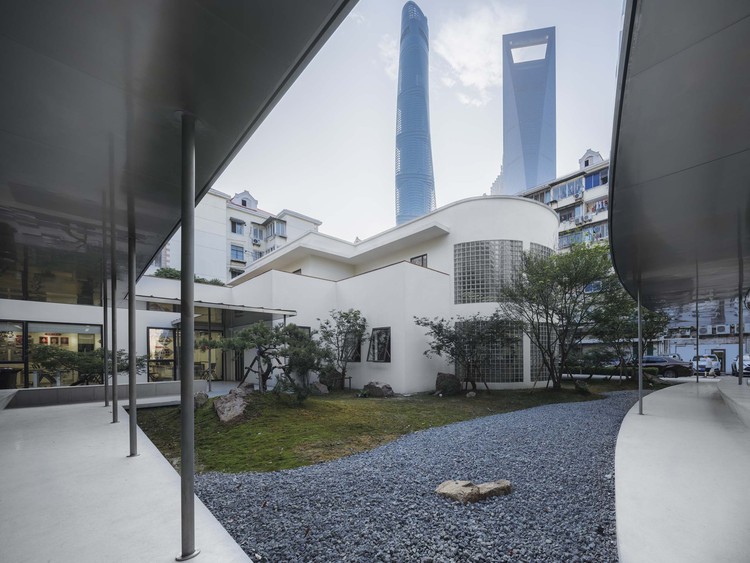 Text description provided by the architects. Dongyuan New Village is located in the central zone of Lujiazui, Pudong district. It is a mix-use residential block has been built since 1980s. Besides of residential buildings, there are hotels, kindergarten, business center and cultural facilities. Surrounding by luxury commercial real estates which are growing up flowing the high-speed development of Lujiazui district, the old Dongyuan New Village is facing the pressure of gentrification and urban renewal. As parts of the renewal planning project of Dongyuan Culture Park which is leading by Lujiazui Subdistrict Office, a culture center and a community library had been built within the block of Dongyuan New Village in recent years.

Our project is based on the transformation of an existing building, which is located in the center of the Second Village of Dongyuan New Village. It is surrounding by residential buildings, but close to an international hostel on back. The building was used as community health center, and then is transformed to be community service station. As a renewal project within Dongyuan New Village, the design is asked to response to the culture reformation of the community.

The existing building is a small, two floors building with a yard together. Its feature was typical style of 1990s’ plastic arts, with decorations attached on outer walls. The inside spaces were closed and dark. The building and its yard were separated from the community by fence walls and iron gate.

The main idea of transformation design is twofold. On the one hand, the fence walls and iron gate were removed and then closed place has been opened to inhabitants. The spatial character of the place was transformed from separation to sharing and communication. At the same time, a new veranda is created to connect the yard with the building together, combined a design of a new tiny, delicate, modern Chinese garden. Such a whole composed of building, veranda and landscape is named as the Dong Garden, which is an opened, shared, public space belonging to inhabitants of Dongyuan New Village.

On the other hand, due to the existing building’s brick wall loading system, the structure is basically remained and interior spaces have been changed slightly. The decoration on outer walls was removed, and the feature of its original form has been restored and reinforced. The layout of spaces has been reset, the entrance was redesigned and removed to facing to the road directly. The ground floor is used for community service station, and the second floor is arranged with two playrooms for inhabitants. There is a terrace, transformed to a tiny outdoor theater, which can be connected with the playroom when people open the folding glass door.

Chinese garden is seen as an ideal typology of traditional living space, and also a medium for the culture of elegance in a long history in China. Dong Garden is proposed to offer an alternative culture content for the creation of Dongyuan Culture Park, in comparison with those popular culture productions occurring as leading strategy adopted widely in community renewal projects in Shanghai. It is not only because a peaceful and graceful place is required to fit the surrounding residential environment, but also a modern typology of Chinese garden is supposed to create a spiritual space within the everyday life of the community, and to contribute to the richness and multiplicity of cultural development in the process of community renewal. 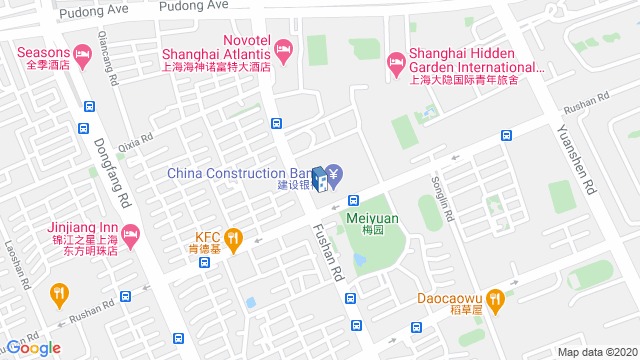 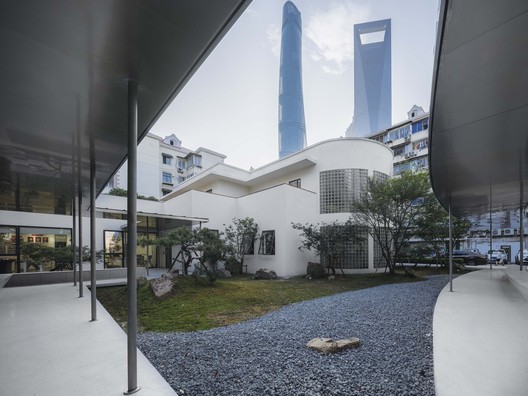