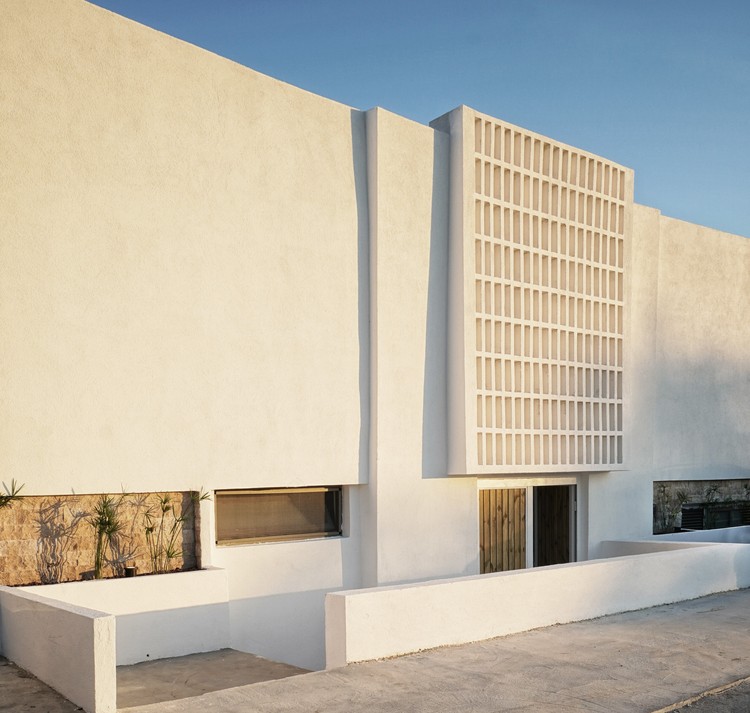 Text description provided by the architects. The building, which was started to be built as a camping area in 1975 and differentiated by articulation over time, was re-functionalized and designed by theCATwork to meet the needs of the today by preserving its existing mass. Currently, the structure, which is located in an area where the distance between the Europe-Istanbul road and the Marmara Sea coastline is narrowing, is placed on the parcel perimeters and consecutively.

The structure, which is shaped over the formation of a wide inner courtyard / corridor opening to the sea between these two lines, has taken its final form by being supported by gazebos and hard floor courtyards attached to the front of the rooms over time. The construction of the building started in 1975 as a camping area, and it has taken its place in the coastal silhouette with its 45 years of history since the years when Istanbul West Marmara coasts attracted great attention as a summer resort. In order to adapt this building to today's needs and demands, importance has been attached to preserving its place in the city-user memory with its current layout and height.

For this purpose, the structural elements that make up this mass perception are preserved in their main lines. Arrangements have been made based on solid / void rates, landscape and function / operation. Structure; Since it is an important resort area for Istanbul and it is located on the main axis that provides transportation between Istanbul and Europe in the years when it was started to be built, it has evolved into a structure suitable for daily use in the first place, and later for 'camping area' and motel use. In line with today's needs and demands; It is designed with the function of a 22-room boutique hotel where beach use is highlighted.

In line with the functional needs brought about by this transformation; With the new space arrangements such as reception, lobby, meeting area, restaurant, kitchen, terrace area, staff room, designs in accordance with the new concept were made in the interior spaces of the rooms. In order to transform the new terrace areas, each opening to the inner courtyard / corridor area (circulation area) in the center, and joining the room units that are located opposite and consecutively, into separating units; The inner courtyard / corridor area is designed as a single walking axis in the center and paths that provide access to this axis from the rooms. It is aimed to emphasize the walking axes and to create a landscape corridor opening to the sea by supporting the areas other than these walking axes with landscape arrangements.

In addition, in these terraces, each of room is directly connected to the side room units and the inner courtyard / corridor, in order to support the separation desired to be created; semi-permeable walls and sunshade curtains were used. In order to provide separation between the room terraces; The dividing walls, which were partially present in the past, were extended in a semi-permeable manner that would allow users to establish visual contact with the sea from each terrace. In order for this semi-permeability to provide both a visual relationship with the sea and to maintain separation, the gaps opened are designed to form an oblique angle.

These semi-permeable elements that shape the main concept of the building; A continuity has been created in the whole building by using it in places where interior-exterior, light-shadow, full-empty relationships are desired to be constructed. In addition to this design, separate areas were created in front of each room by using sunshade curtains in order to provide the separation of the terrace uses in the interior / courtyard corridor relationship.

For the interior design of the building; It is aimed to create places with a simplicity where the use of the beach stands out rather than a standard hotel concept. Room units brought to a standard type in its simplest form; It was solved by placing the bathroom units on the opaque facades on the parcel walls and furnishing the bed directions facing the sea. The movable elements used in the interior are designed in a simplicity to meet the daily needs of the building users with the priority of the beach function. 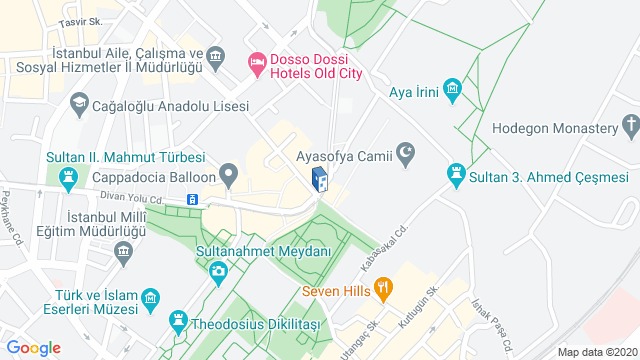