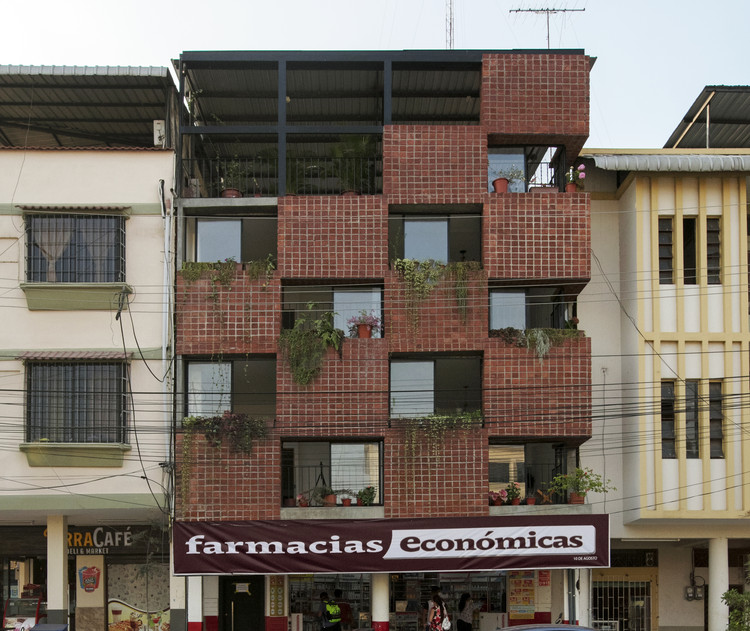 Architecture as an Exploration of Limits and Possibilities. The absence of public policies that regulate the ways of generating a city affects a large part of Latin America. Such a situation is the result of a lack of reading the context and understanding that the city is a physical expression of those who inhabit it. Bearing this in mind, it is necessary to create laws that value traditional materials and local labour, creating more sustainable cities.

History and diagnosis. The project is located in the centre of the city of Babahoyo, in the Los Ríos Province, Ecuador, of approximately 150,000 inhabitants, a coastal area with a tropical climate. The peripheries of the city have been characterized by a long tradition of brick production, where despite technological development, the artisan method has been preferred. The project is located in a block in the city centre where the local empiricism is evident, the diversity of architectural responses is palpable between the modern and the contemporary and the alucobond panels and the cement. That said, it is important to use the following recipe.

Extended Limits. An elderly couple chooses to renovate a building in a state of disuse and deterioration. Given this, the reconfiguration of its front is proposed, thinking about the possibility of a wall that would be useful, both for the city and for the interior of the building. In this way, the link between the interior and the exterior is not reduced to a physical membrane, but it extends in use towards both ends, showing itself simultaneously as a limit and a useful program.

The Material as Modulator. The project has a facade of 8m width x 10m height. Faced with such a situation regarding height, it is proposed to use the brick as a modulator of a new front. This modulation goes from the unit of the brick to the entire volume in an exponential way. Such a strategy is sandwiched between bodies and voids, allowing adequate natural lighting and ventilation in each space.

The Dual-Use Front. Starting from a basic squared volumetry, brick boxes are generated in its three levels. These boxes are joined at their vertex and are complemented by recessed glass panels. The aforementioned strategy makes it possible to generate bookcases, desks, galleries, and shelves on the interior wall on each floor, while on the exterior it gives way to floating vegetable terraces, thus highlighting the forcefulness of the brick cubes that are domesticating the urban.

Altered Heights. During the process, a question arose: What would happen if, during the search for new habitable systems, the ways of seeing the city and its conventional limits and heights were altered? Such questioning resulted in windows with views that are enjoyed squatting and on tiptoe - depending on the height of the person in question. In other words, the concept of a "traditional window" has been transgressed without giving up its functionality, light, ventilation, and view.

The Exploration. The project Opreación Entre Medianera aims to highlight enduring craftsmanship that is lost by the city, a way to rehabilitate a building while reflecting the idiosyncrasy of the community that generates and inhabits it. 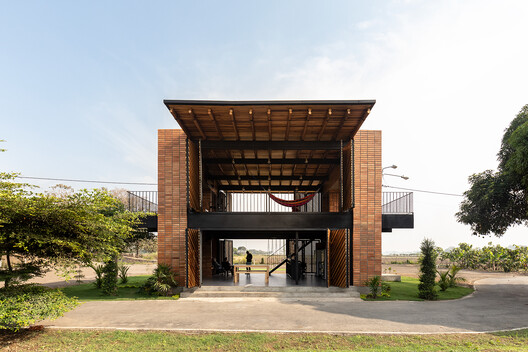 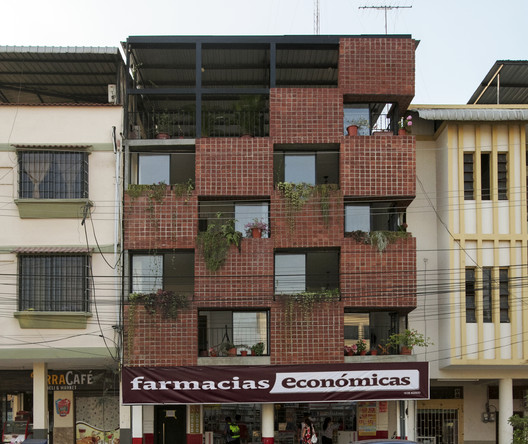