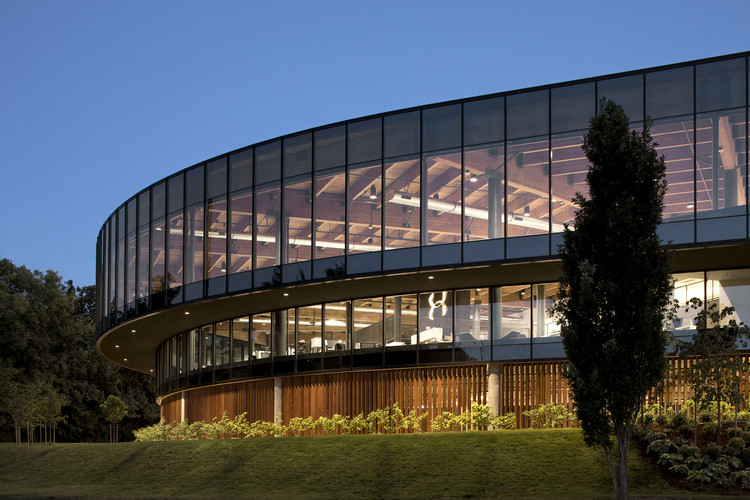 Text description provided by the architects. This project was a unique challenge to breathe new life into an iconic building we completed over 40 years ago, adapting it for an entirely new use for current and future needs. In 1977 we designed the original YMCA athletic facility to blend into its park-like site at the base of a prominent hillside, its sweeping northeast radius following the topography while defining a cantilevered internal running track. The building’s excavation into the slope intensified its relationship to the forested hillside in the backdrop. The “Metro Y,” as it came to be known, was lauded for its contemporary, modernist design, appearing in Progressive Architecture Magazine in 1978.

Several years after the YMCA’s exit, we were approached to adapt the building’s core and shell to support a modern workplace environment for a sports apparel company attracted to the facility’s distinctive massing, connection to adjacent Duniway Park, and athletic roots. Our resulting renovation retained the existing footprint while upgrading the structure, reinforcing its resiliency, and supporting a third-floor addition in anticipation of the future.

With a vision to open up the building to reveal the best elements of the original structure, we replaced the largely opaque stucco facade featuring a thin second-level ribbon window with dramatic full-height glazing, flooding the formerly dark interior with natural light. The glass vertically wraps the existing glue-laminated wood beam structure to reveal the beautiful original wood framing to the public along the curved northeast facade.

Within, we cleared all partitions serving the original program, including a series of double-height walls that formed racquetball and basketball courts, to reveal an expansive internal space defined by the upper-level track. The former community gym now exists as a workplace celebrating the building’s evolving themes of fitness within a healthy environment showcasing natural wood and daylighting.

Our design also strengthened the new building’s connection to site. The massive walls abutting the hill echo the deep green of the surrounding evergreen foliage, transitioning up to expansive grass that reveals the building’s massive Douglas Fir structure within—the same species thriving in the forest outside its windows. The future third-level addition will feature a green roof intended to blend into the surrounding foliage, visible from a hiking trail and roadway above. This adaptive reuse unexpectedly brings the life of the building and its regional character to the street and to Duniway Park while offering building users an elevated panoramic view of the park and the city beyond.

Since its opening day decades ago this building has remained a beloved neighbor and urban landmark. In re-imagining the old YMCA for a new use, we were able to honor its past while reinvigorating its relationship with its site, the park, and the city of Portland for years to come. 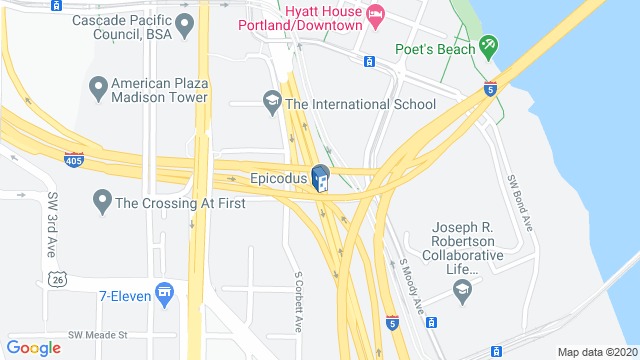 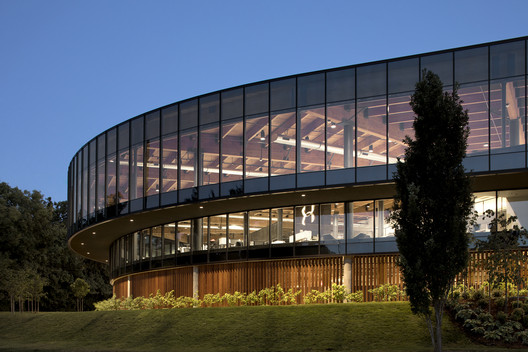