Text description provided by the architects. With the Viale Giulini Affordable Housing project, Rome-based studio Alvisi Kirimoto is redesigning the outskirts of Barletta (Puglia) through a social housing intervention. The project, located in the south-west of the city, in the new Zona 167 district, aims to fuse the urban macro-scale with the domestic dimension, within a larger system of projects to revitalize the neighbourhood, including the Parco dell’Umanità — Design of the pedestrian promenade by ABDR.

The studio has long been committed to the theme of urban regeneration in Italy and beyond - from its commitment with Renzo Piano for the G124 working group, to the open construction site of a nursery school, civic centre, library and park in Grotta Perfetta in the southern suburbs of Rome, and the activation of experimental laboratories in the large shopping centres in the peripheries of the cities of Nanjing and Shanghai in China.

For this project, Alvisi Kirimoto created "compact and down-to-earth architecture", as the architects describe it. With a sober and rigorous profile, the building relates to the city in a sculptural way, in stark contrast to the diverse, deafening context in which it is nestled, which lack green spaces and are characterized by ostentatious decorative solutions, and rigid housing and urban typologies. The complex, which has 50 units including underground car parks and a ground floor dedicated to commercial activities, looks like a C-shaped monolith, spanning a height of six floors and a total area of over 5,000 square metres. The regularity of the elevations represents the main character of the building: the uniform dark grey brick curtain becomes a sort of neutral score where dynamic rhythms are delivered by protuding, niche white metal sheet elements.

"The project, conceived as the 'zero point' of a general redevelopment of this part of the city, breaks away from the typical forms of social housing construction," explains Massimo Alvisi, co-founder of the studio. “We were interested in working on the typology and quality of the spaces, not only on the design. To balance the gravity of the volume, whose profile on the ground floor bends to expand the public space, we imagined a series of light and permeable loggias hanging on the facade, 'democratically' attributing extra space to everyone. The loggias project outwards, as a natural extension of the apartments. What’s more, thanks to their white and perforated surfaces, they reflect natural light within the domestic environment, and they add a further 10 to 15 m2 to the apartments, enhancing the spatial quality of the more modest and limited typological cuts".

The balconies overlook Viale Giulini to optimize the natural light, and are carved into the volume in the other elevations to limit the phenomenon of radiation. Protected from rain at the top and laterally by perforated sheet metal screens to increase the level of privacy, they house the technological infrastructures and drying racks on the sides. Their shape allows for maximum internal customization, without altering the general aesthetics of the facades. "The project is highly innovative from a technological point of view," continues Massimo Alvisi. “The solutions adopted ensure that the internal and external loggias are prefabricated and easily reproducible in series, without renouncing the richness of detail and durability. This strategy, shared with the contractor, has made it possible to make quality social housing and to deliver a unique, safe and durable home, with an extremely limited budget for the current market. "

During the day, natural light reduces the apparent weight of the building, the volumes of the loggias and balconies become slight, combining the material and the abstract, lightness and gravity with maximum simplicity. The ground floor of the building also transmits solidity and dynamism at once: the cladding starts directly from the ground, rooting the building, while the commercial glass floor ends on the street and on the other sides with a clear vertical diagonal cut, which boosts the volume. The same inclination is applied horizontally in the connection between the lateral elevations and the main front, resolved with a flare, as well as the parapet on the roof, which hides the thermal solar panels.

Functionally, the building is divided into three blocks, each of which has its own stairwell and elevator. The central staircase is completely glazed towards the courtyard, while the lateral staircases are naturally illuminated by a skylight, through which light filters into all levels through a large empty compartment, between the ramps and the elevator compartment. All the apartments are organized around a courtyard, which occupies ​​over 70% of the lot. The courtyard is designed as a small park, where the inhabitants can leave the chaos of the city behind, and enjoy trees and deciduous plants, which provide shade in summer and natural light in winter.

Rigorous lines, essential shapes and balanced colours: the result is a simple and refined design - in contrast with the eccentricity of the surrounding buildings - which restores dignity to social housing in the suburbs. A project that, with the same grace with which it stands, brings the theme of quality accommodation at affordable prices back to the heart of the architectural debate. 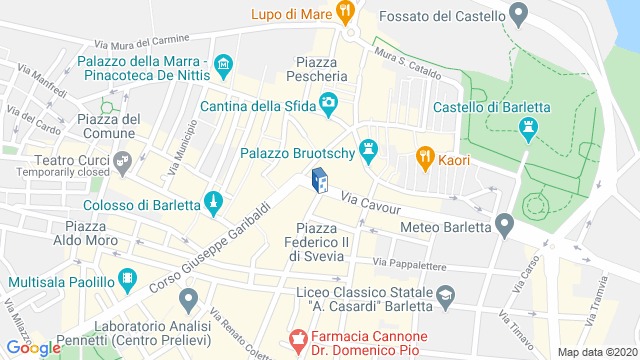