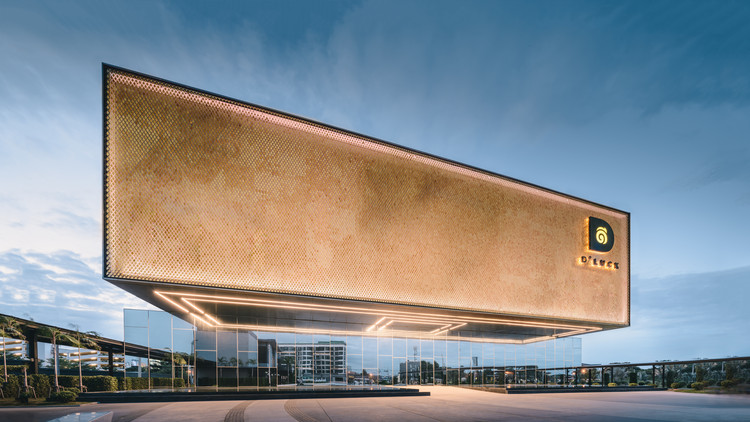 Text description provided by the architects. Singha D’Luck was established due to a gathering of professionals in projection mapping (Xtremeplus) and stage plays (GDH).The building provides a new kind of experience in which stage plays are viewed with projection mapping technology, resulting in ‘illusions’ that become the basis for the design. A49 represents many illusory experiences such as levitation, shadow illusion, transformation, and magnification. The architect team also considers material usage through kinetic facades, crafted in diamond shapes to illustrate traditional Thai decorative elements.

Levitation What if... theatre could float in the air

Shadow Illusion What if... shadow could express totally differences

Magnification What if... a man could be as large as the world

The uniqueness of a performance that integrates the illusion of projection mapping technology with the realism of stage performers is key in generating the imagination of the audiences. This sparks the ideas for the designer team to incorporate these illusion techniques to create the same effect of imagination with architecture.

Several illusion techniques have been studied to achieve various stunning effects and the concept of ‘levitation’ was particularly discussed and studied further. It dramatically enhances the imagination of illusion by allowing the heavy theatre mass to visually float effortlessly above the ground plane. To achieve the effect of levitation, several elements including shadows, building mass seen from below, and clear space or void under the mass all play an essential role to accomplish the design objective. Moreover, the architectural form is needed to be kept simple representing a ‘box’ for ease of visual understanding. The trick is to disguise the pre-function spaces for the theatre at ground level as a clear space or void to allow the levitating box to perceivably float above by incorporating mirror planes on both walls and ceiling which hide the structure and reflect the surroundings and sky.

Since the box is cantilevered from the main structure by 8.75 meters, the steel structure is used so that visitors can perceive the reflection of the floating box’s base in greater depth which results in the size of the theatre box at 15 x 50 x 14 meters floating in the air. The reflective pond below enhances the effect of the height under the box and the lighting installed in the ceiling also helps emphasize the ceiling boundary under low light conditions. Taking advantage of the coastal breeze in Pattaya; furthermore, a kinetic façade is used to create another illusive effect that expresses dynamic. A specific shape of diamond pieces made of folded aluminum sheets depicting traditional Thai art is utilized for the kinetic components attached to tensioned cables. On a breezy day, these 30,000 golden diamond pieces create a sparkling wave effect resembling an ocean for visitors to experience. 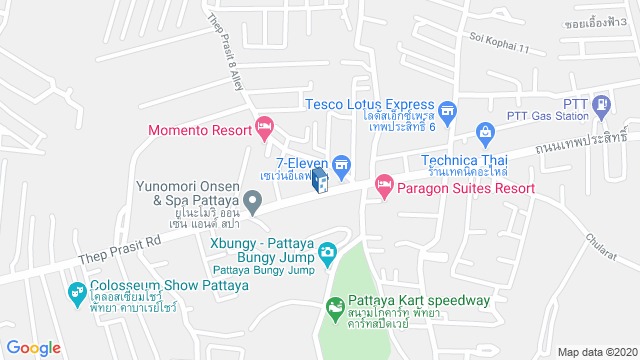