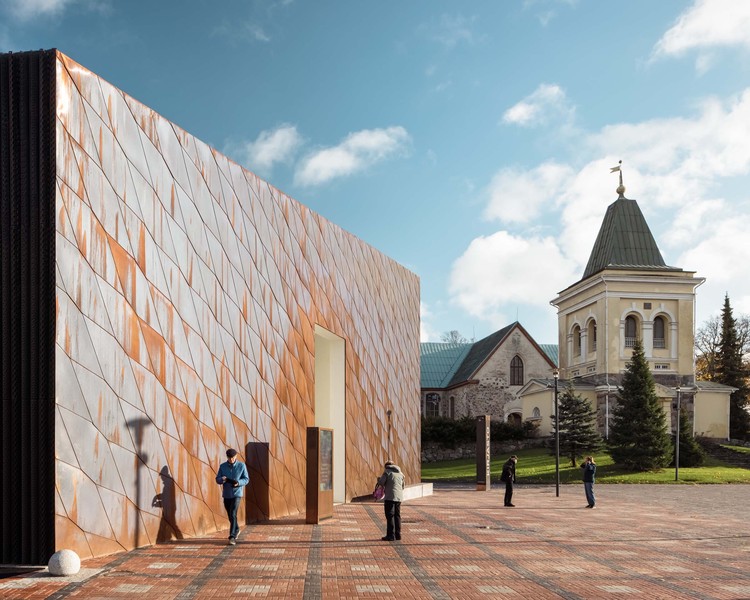 Text description provided by the architects. Kirkkonummi is a municipality of 40,000 inhabitants near Helsinki built around its Medieval stone church. Facing the church, JKMM has transformed the old city library. Together with the nearby open market, the church and library create the civic centre of Kirkkonummi. JKMM have therefore emphasised the relationship of the library with the neighbouring church by designing a 50-metre long sheltered terrace overlooking the church yard. The copper shingle cladding of the new library, called Fyyri, also relates back to its maritime heritage setting.

Fyyri is an adaptive reuse project built using the existing concrete structure of the original 1980s library. JKMM has remodelled the 80s building, doubling its volume, and introducing a large variety of accommodation for community uses such as rooms for toddler group activities, youth clubs as well as exhibition areas and spaces for events and performances. The ground level café has a generous 198 m2 reading lounge dedicated to newspapers and periodicals.

The reading rooms at Fyyri respect the Finnish Modernist tradition of libraries that ennoble the idea of books and learning through their highly crafted design and carefully detailed interiors. At Fyyri, the interiors include bespoke lighting with brass fittings that create warmth and also a sense of dignity that is in keeping with this building typology. Brass is also used by JKMM in the library’s new entrances and hand railings in a way that is inviting and intuitively leads visitors through the public areas. Today brass is, of course, all the more appreciated as a material for its inherently anti-bacterial properties but when designing the building JKMM wanted a finish that would contrast with the concrete surfaces that dominate the architecture.

The main reading hall’s design is made up of rhythmic fair faced concrete posts and beams. Indirect natural light filters through this column-like framework creating patterns that are similar to daylight rippling through a forest of trees. Overall, the building is inspired by its surrounding coastal landscape particularly in the tonality of its interiors.

For example, JKMM’s interior design team has played on local nature in their choice of subdued colours and of materials like wool and felt upholstering, and have worked with Finnish artist Petri Vainio to create an in-situ art piece in the ceiling of the main entrance lobby that represents a bed of reeds. As in other JKMM, projects the interiors team have emphasised the role of fitted furniture in continuing the architectonic qualities of the building form. Slatted timber walls and ceilings also feature in a way that blurs the division between the hand of architect and that of the interior designer.

Fyyri represents a new generation of Finnish libraries which JKMM were active in shaping when they designed the studio’s first project, the competition winning Turku City Library, that opened in 2007. JKMM have since completed two major
extensions to landmark libraries in Finland that were designed by Alvar Aalto.

Teemu Kurkela founding partner at JKMM says, “Libraries are no longer solely about books, but about sharing knowledge and experiences through multiple channels. This phenomenon has changed the library typology; making contemporary libraries into places for finding inspiration, learning new things through reading and other activities and also getting together. They are not unlike community halls. This is why Finns today refer to libraries as public living rooms.”

JKMM see this community function and non commercial quality of Fyyri as integral to creating a civic foundation that is about solidarity and well-being for Kirkkonummi as it grows to accommodate more inhabitants including a new wave of Helsinki commuters. The fact that the interior design of Fyyri was considered an important part of the commission by the City of Kirkkonummi shows that the municipality understood that their residents will experience this remodelled library as a concrete expression of Finnish values.

JKMM’s Interior Architect Tiina Rytkonen says, “Fyyri’s interior was designed to be welcoming and also intimate in a way that enables everyone to find their rightful home in the building. By reusing the 80s structure, the interior also has the sort of unanticipated spaces that come with working with older structures. There are cozy spaces and hideaways too perfect for children’s stories.” The 4.700 m2 library opened to the public in October 2020. 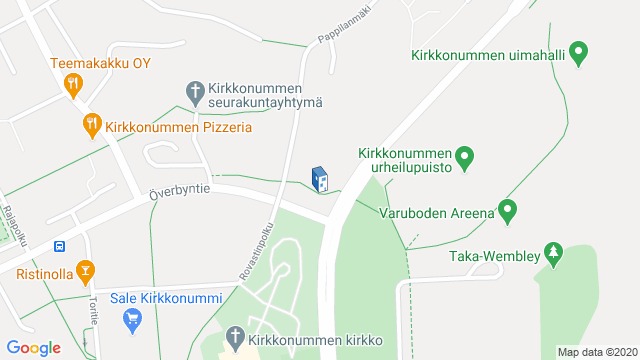 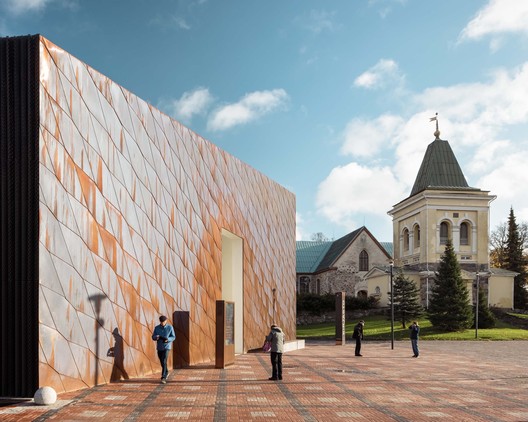