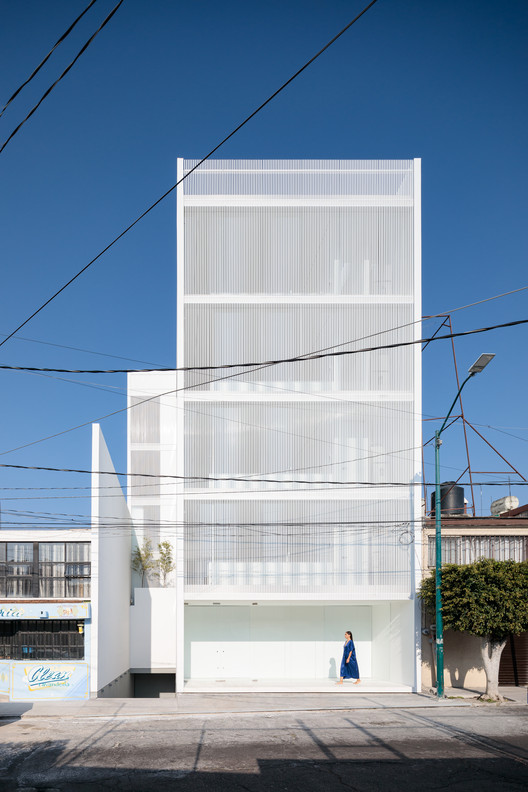 Text description provided by the architects. Torre Ai is in a very interesting neighborhood in Morelia named Chapultepec. The first few cases of modern architecture in the city were found there.

In the 1960's the upper-class people settled in this neighborhood and began to adopt new ideas coming from Mexico City. There was an enormous pleasure and euphoria for the kind of architecture that Luis Barragan, Mario Pani and Juan O'Gorman, among others were developing.

Walking around Chapultepec, one can feel and notice the modernist vein of the neighborhood. Although it is already declining due to the enormous rate of crime and violence, some cases of housing still preserving the modern architectural principles stand out.

It became clear to us that the small tower had to uphold some of those modern architectural principles that make this neighborhood so special.

The program is organized as follows: the first story works as an underground parking lot; the second story is the owner’s classic car garage; starting from the third story, the program is divided in two sections: a warehouse standing at the back of the property and one and two-bedroom apartments at the front.

As the space for housing was limited, we placed all the horizontal and vertical circulations and services on the right, thus freeing up the center of the floor and making the most of the available space. The public areas are kept completely open, while the private ones are easily separated by a wall.

The orientation of the facade towards the east generated sunshine issues in the morning. For that reason, and because of the lack of nice views towards the street, we proposed an aluminum shutter that allowed a dimmed light through in the morning and diffused the views from the inside to the outside and back.

I must confess that I also fancied the idea of seeing silhouettes from the outside as if performing in a play.

The building's largest and most outspoken windows face south. The purpose, besides having a convenient orientation, is to be able to see the long mountain of Santa Maria running from east to west, which is an important focal point in the city.

These windows open completely to allow the fresh air coming down from that very mountain, connecting the user to it in many different ways.

The height of the adjoining wall is high enough to hide the roofs from the neighbors but low enough for the mountain to lay on.

AI tower, white and modern in nature, aims to be a space that evokes silence, a pause among the noisy and sometimes violent symphony of forms within any city. 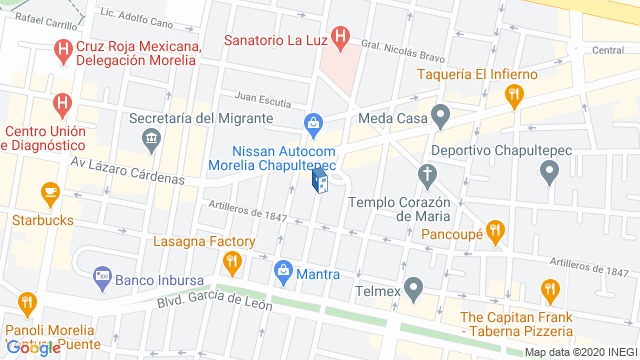 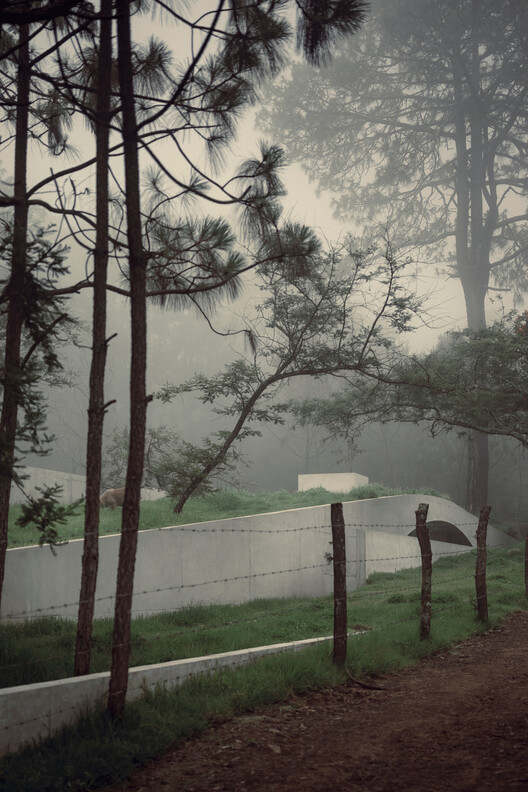