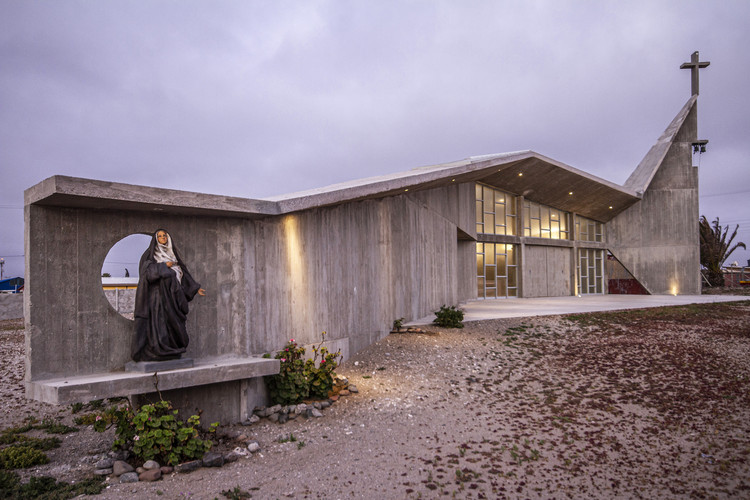 Text description provided by the architects. This catholic chapel is located in the tourist and fishing town of Punta De Choros, in the south of the Atacama desert, in the Region of Coquimbo, Chile. This place is known internationally for it’s sightings of the penguins of Humboldt, whales and dolphins, guanacos and foxes. The temple was built to commemorate Saint Augustin de Hipona (354 - 430)

The priest that was in charge of the old wooden chapel requested its reconstruction as it was not conserved well. The new chapel is located to the side of the old one, with it’s main facade looking directly toward the main square of the town. Unlike the old chapel, which you enter from the main access street of the town.

The program of enclosures consists of a main nave and a smaller nave that can be used together or independently, according to the number of worshipers, which is variable depending on the time of year (in summer and during some festivities the number notably increases). It is  possible to unite or separate both naves with the use of sliding doors. A sacristy, a meeting room, a kitchenette and toilets are available as smaller rooms.

The architectural design is based on the sum of angled and inclined planes (mass and void) that go in all directions, like a mountain that emerges from the sandy soil of the area. This alludes to the geography of the region where the work is located.

The building opens up into a public space, welcoming in the worshipers to a large atrium, covered by an eave that runs along the entire facade. Starting with the sculpture that symbolizes the figure of the mother of St. Augustine and ending with the cross that is located in the upper part. This atrium also gives opportunity to the religious festivities called "Bailes Chinos" typical of the local religious culture, in which dancers and musicians gather in front of the temple in procession a few times a year.

The predominant material used is reinforced concrete which is possible to see (walls and pavements). In the case of the walls, raw wood plank moldings were used. The handling of light was an important part of the client's assignment. Stained glass windows of abstract design were arranged combining colors associated with the sea, the desert and the sky. The three interior skylights were designed in allusion to the 2019 solar eclipse, which the town of Punta de Choros had as a privileged place of observation.

Behind the altar, a mural painting was executed that mixes the image of God the Creator with the nature of the region. The main facades of the site were reconstructed in such a way as to allow transparency between the square and the temple with a closing system based on concrete pillars. The project was financed mainly by private donations. 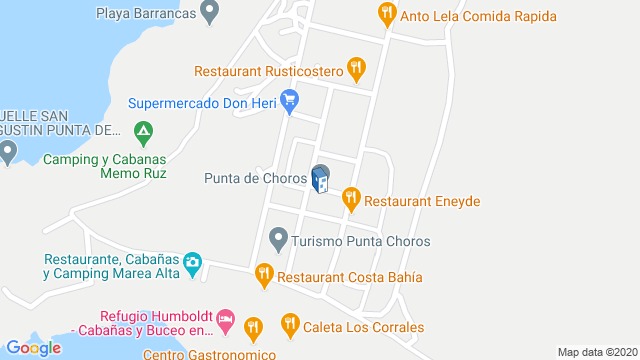 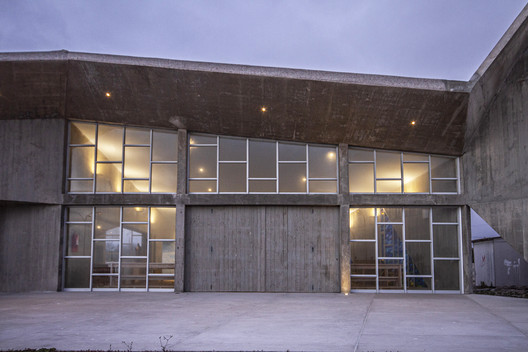 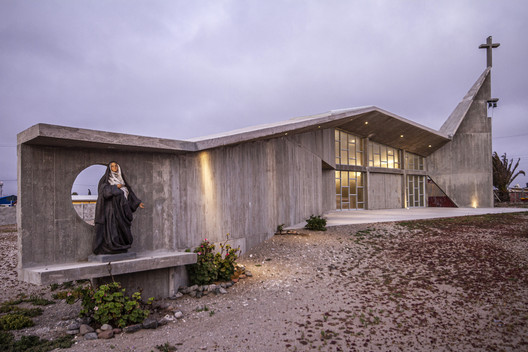