There’s nothing green about your back-up generator. Manufacturing it released tons of CO2 into the atmosphere; so did shipping it from the factory to the dealership to your backyard. There it will sit, idle, waiting to be deployed only when the much cleaner—but underfunded—public infrastructure fails. At that point, it will fill the air with additional pollutants. There may be perfectly good reasons to buy an emergency generator but being green—that is, protecting the environment—isn’t one of them.

And yet back-up generators are being called green, part of an almost Orwellian redefinition of the term that confuses selfishness with selflessness. The shift was signaled in mid-September by a Washington Post Magazine cover story promoting “a new gold standard for green architecture.” In it, the Miami architect Andrés Duany declared houses with generators, fortifications against rising waters, and other resilient features to be “green.” The old green architecture would have to go, Duany told author David Walter, explaining that “the preoccupation of today’s sustainable design—minimizing carbon dioxide emissions and mitigating climate change—is naive at best and a dereliction of duty at worst.” Instead, Duany proposed things like large multigenerational houses, with outer walls holding back storm surges and courtyards sheltering vegetable gardens.

In fact, it is Duany’s approach that is naive and a dereliction of duty. Naive because a 10-foot seawall won’t protect against a 12-foot wave, and a back-up generator won’t work when fuel is inaccessible. Resilience against nature’s fury is a pipe dream. Which is why there is a duty, if the survival of homo sapiens is important, to keep climate change to a manageable level.

Duany isn’t alone in misusing the term “green.” The U.S. Green Building Council has made resilience part of its prescription for green buildings. Under the council’s popular LEED program, architects strive for environmental brownie points. With enough points, buildings are designated Silver, Gold, or Platinum. Some of those points will now be awarded for employing the accouterments of self-sufficiency, including generators. In press materials issued in September, the council touted an office building in San Juan fitted with devices to reduce its reliance on public utilities, which helped it earn a Platinum rating.

Why the shift? Some architects, including Duany, believe it’s too late to do more than protect ourselves from natural forces already unleashed. “We’re not going to make it on climate change,” he told the Post.

It’s true that even if the world manages to cap carbon emissions, we’ve already altered the atmosphere enough to cause sea-level rise, heat waves, food insecurity, and forced migration. But not everyone shares Duany’s pessimism. Chris Hellstern, an architect/environmentalist at Seattle’s Miller Hull Partnership, said in an interview that “If we addressed climate change, we wouldn’t need to make all of our buildings flood resistant. I don’t believe it is morally acceptable or professionally responsible to give up on trying to mitigate climate change and focus only on resilience.”

But for Duany and his wife, Elizabeth Plater-Zyberk, now consultants to the Miami firm they founded 40 years ago, resilience is part of the latest sales pitch. For years they sold developers “new urbanism,” the design philosophy behind faux-historical towns, like Seaside, Florida, where everyone could walk to work. (In fact, nobody walked to work at Seaside, because it quickly turned out to be an upscale resort.) Now the couple is selling “new environmentalism.” Plater-Zyberk, who was dean of the University of Miami School of Architecture from 1995 to 2013, told the Post that “when I started looking for the adaptation plans that municipalities and local governments were putting into place, I found that most of them were in fact about reducing emissions: You know, ‘Let’s make the government buy electric vehicles!’” To Plater-Zyberk, that seemed almost quaint. If you can’t save the planet, she seemed to be saying, at least save yourself.

But that leaves the poor out in the heat, Hellstern suggested. “How are communities that cannot get basic health and safety guaranteed to them supposed to afford to make their buildings more resilient?” And rewarding individual buildings for resilience makes it hard to realize broader goals. The availability of backup generators, for example, reduces pressure on governments to produce clean, reliable energy for the population at large. Increasingly, privatization of formerly public services leaves the lower and middle classes to fend for themselves—not just against economic forces but now against environmental ones.

The Green Building Council is also looking to make money. Its customers are architects, developers, and consultants, people whose livelihood depends on building. A system based on real environmental stewardship—one that awarded points for building modestly and with economy of means—would never cut it. The organization’s president and CEO, Mahesh Ramanujam, seemed to concede that in a September press release describing the new resiliency credits. According to Ramanujam, “Green buildings are the first step to creating more resilient businesses and communities while also supporting economic development and growth.” The council’s new slogan for its “reimagined vision” reflects the same priorities: Healthy People in Healthy Places Equals a Healthy Economy. Which is certainly an anti-climax.

The desire to harden buildings against climate change is understandable. But why not continue using the term “resilience,” instead of corrupting the word “green”? Could it be that the USGBC’s redefinition allows architects and their clients to feel virtuous while doing things that aren’t virtuous at all? After all, everyone knows green is good. Trying to protect the planet sounds a lot better than trying to protect yourself.

It would, of course, be convenient if the things that made buildings resilient also made them green. In an email conversation in which she wrote that “‘Green’ should encompass both sustainability and resilience,” Plater-Zyberk pointed to one feature that checks both boxes: Windows that open, she explained, are sustainable (because they reduce reliance on air conditioning) and resilient (because they allow for ventilation when electrical and mechanical systems are down). Fair enough, but it’s hard coming up with a second example. That’s because being green is about using less; being resilient is almost always about using more. Or as Eric Corey Freed, a California architect and the author of half a dozen books on green design, put it to me, “Green buildings seek to be efficient. Resilient buildings seek to be redundant.”

The survival of the species may depend on minimizing climate change. For architects, that means one thing: reducing the carbon released during the construction and operation of buildings. Luckily, there are thousands of architects who are up to the task, working to create net-zero buildings (that is, buildings that produce at least as much energy as they use). Engineers, meanwhile, are tinkering with formulas for concrete to reduce its carbon footprint.

When it comes to climate change, back-up generators and other features that contribute to resilience aren’t part of the solution. They are, in fact, part of the problem. 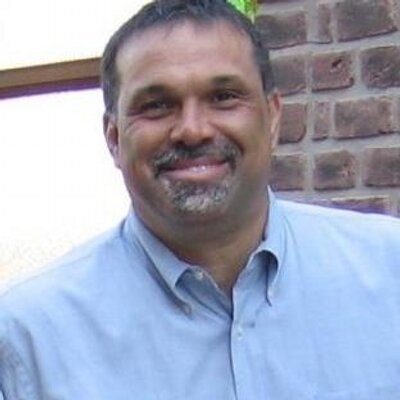