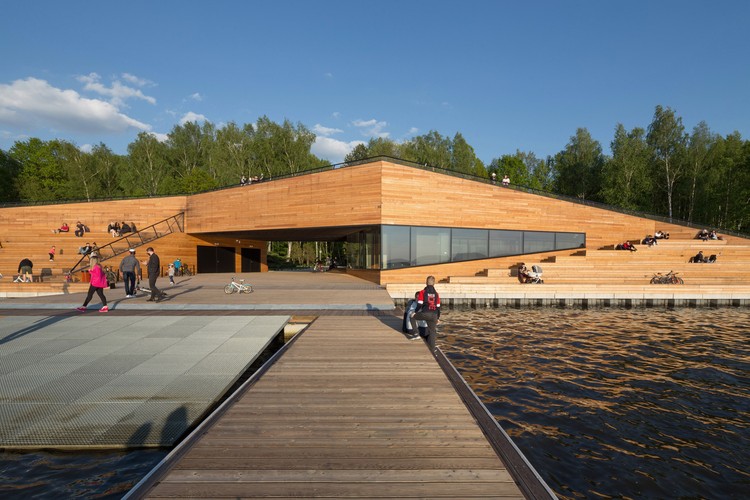 Text description provided by the architects. The Paprocany lake is a very important place for its inhabitants, mainly for recreational reasons. The wharf which was put into use a few years ago connects the rest center with a part used by many sailing clubs and canoe section MOSM (Municipal Youth Sports Center). Due to the bad condition of these buildings, the city decided to build a new sailing marina and object for MOSM. The first part which was realized is building for canoes.

The canoe section has achieved great success. Karolina Naja, who is a double Olympic medalist, was a member of this section. As the authors of the promenade, we cared about extending a wharf to a planned sailing marina. As a consequence of this assumption, a new canoeing training center became part of it.

The main path of the promenade is located right next to the water and the walls of objects have been withdrawn and hidden behind raised wooden seats, which are used as tribune during canoeing competitions. The back wall obtained a different shape: due to fire requirements, is covered with grey fiber-cement boards. The building is divided into two functional parts - training and storage.

They were separated and covered with a common roof covered by plants. On the other side, the building was surrounded by green slopes. There is a great view of the lake from the roof, so we decided to take an additional path there. These solutions caused a space in front of building with tribune, covered part and the whole roof became attractive public space and next part of wharf important to people. Canoe section gained a new audience, fans, and potential pupils and its work is becoming visible and transparent. 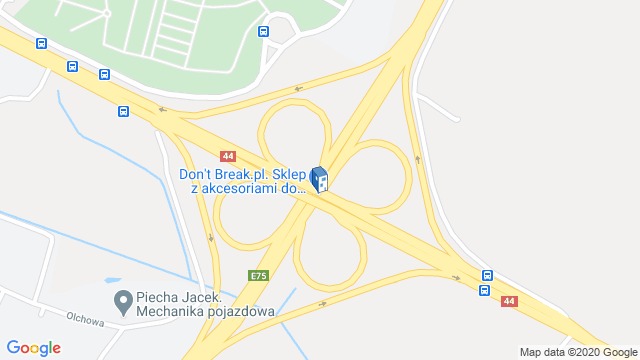 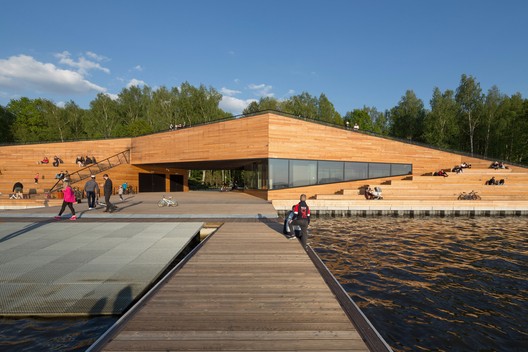