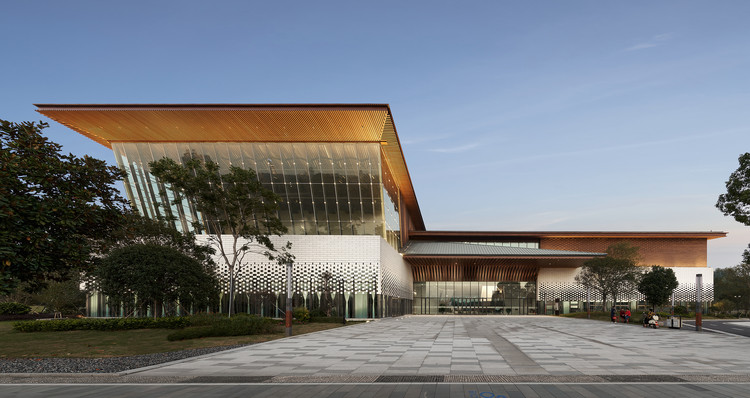 Text description provided by the architects. In the 25th year of The Reign of The King of Qin (222 BC), he destroyed The State of Chu and set up Taimo County in the land of Gomer. Since then, Longyou has been under the pen of literati and poets, and it is also an important territory for all the military commanders to contend for. The long river of time has not only left abundant historical and cultural memories but also left abundant immovable cultural resources such as prehistoric sites, Longyou grottoes, residential gardens of historical buildings, Han Dynasty tombs group, Yuan Dynasty weir DAMS, and so on. After a long period of preparation and waiting, the completion of the Longyou Museum is like opening a time complex to carry historical memories, so that the "hidden treasure" of Longyou is no longer "independent".

Stretch of the picture (Fill in the continuous landscape of the city.) At the foot of the Jiming tower, under the residential garden, by the river of Lingshan, they stack up from top to bottom and unfold slowly. Unique location characteristics is the reason why the site is extraordinary, but also inevitable. This is a place reserved for the museum in the urban puzzle of dragon Tour. It is intentionally left blank to be painted with thick ink and heavy color. The design of the museum naturally follows the trend of the city's view of the landscape.

Staggered courtyard (Looking for the best form of local conditions.) The museum is well located. To the west of Longyou Museum is the Lingshan River and the Yuan Dynasty jiming weir, to its south is the railway park. The museum can overlook the hill over the Jiming Tower, neighbors historical buildings residential garden adjacent; Both sides of the northeast are urban built-up areas; The vein of ancient and modern Longyou culture is completely stitched together, which is benefited from the cultural convergence.

Continuation. The museum takes the original form of "Four water currents return to the Hall", and constructs the courtyard form of traditional residence to echo the context of ancient architecture community in the residential garden. It extends culture in space and form, telling the truth of history. Enclosure. We deconstructed the general level of the square building of "Four Waters returns to the Hall" to enhance the public opening of the museum. The circumfluence of the uniform mass is developed into two "L" shaped shapes occluding each other. The thin part is the boundary connecting with the outside, forming the public space along the line of the entrance, foyer, leisure, and river view. While the thick space is for exhibition hall, storage, office, meeting, culture, and education, etc., meets the needs of the museum's functional space scale and interactive circulation.

Dislocation. To find the urban relationship of the "Four waters return to the hall" building, the north and south wings are extended to the east and west respectively, and the south wings are extended to the east of the city, forming the entrance clearly. The north wing faces the Lingshan River and Julong Road bridge, forming the personality of river-front architecture. The building fits into the "L" shape and is relatively disconnect, and the layout of the museum closely echoes the urban fabrics. The enclosed courtyard follows the east-west axis to achieve the sight connection. Therefore, by deconstructing the simple geometric module, stretching, and directional lifting, the building is forming the courtyard to display a respect for the dragon tour civilization and venue site through this monument.

Symbiotic atrium (clearly externalized flowing space.) The traditional museum public space emphasizes the sense of sculpture and design language metaphor and abstraction. However, most of the time, after entering the museum, the audience always feel that there is no clear path, cannot perceive the complete content, lacks the Angle of comprehensive view, and tries hard to find but misses the content. Therefore, this design emphasizes the symbiosis of hearing. Form composition and function, walking path and exhibition content, public interior scene and natural exterior scene, light and moving line all focus on the public interaction between people, between people and exhibition, between people and architecture and nature.

Externalized service function space. Breaking the conventional spatial form of the museum, inspired by the structure of the Longyou grottoes and the place of light and shadow, three double-height tubes are constructed on both sides of the public lobby, which is a metaphor for the most famous cultural symbol of Longyou grottoes. The cylinder is not only the support construction but also the service space. The vertical traffic system, toilet, and vertical pipe well are centrally placed in it to form the physical externalization of the "service space". The cylinder is no longer hidden in the back of the pavilion and hangs directly on the main tour path, making it easy for visitors to visit.

A clear guided tour route. In combination with the spatial sequence characteristics of the project's entrance, atrium, and outdoor urban riverscape, we designed a moving line "entering from the atrium, walking around the grottoes and looking back to the river scene" for exhibition viewing. Form a clear and interesting visiting sequence from bottom to top. Temporary exhibition halls and basic exhibition halls are placed on the north and south sides of the ground floor. Just like visiting the Longyou Grottoes, after visiting all the exhibition areas from the south to the north, you will naturally follow the skylight to follow the trail winding to the second floor of "the grottoes".

The second floor of the building displays the ancient and modern history and intangible cultural heritage, from the geological, historical, and cultural perspectives, showing a city impression without dead-ends. "The scenery emerged along with the river", the end of the tour flow line is a large glass curtain wall as the line of sight is suddenly wide, overlooking the quiet flow of Lingshan River and Jiming weir. This is the peak point of the museum visit, but also the beginning of the dialogue with the ancient city of Longyou.

The functional space is expanded along the path, and you can see the overall layout of the exhibition hall and the orientation of each exhibition hall at any point in the museum atrium. The perceived charm of public space. Entering the museum atrium, it is like stepping into the "Dragon Cave". Visitors can walk around the "grotto" between the first and second floors along with the rusted steel plate enclosure, and form a parallel moving line with double rings around the atrium. The light synchronizes with the circulation. Through the coordination of the structure and the building, the top cover around the core tube is opened to bring light into the atrium, which is consistent with the main sightseeing path. Supplemented by a facade on both sides of the east and west, the tour space guided by quiet light is finally formed.

Administrative management, logistics assistance, lecture hall, and other functional areas are independently placed in the west area, completely separated from the tourist flow line. Meanwhile, the mezzanine is set in the administrative room on the first floor and the storehouse of the collection on the second floor, effectively improving the utilization rate of the space.

Continuous architectural language. Based on such ancient and traditional local conditions, the vocabulary of the building facade is carefully selected to return to the origin. The elements of traditional South Of the Yangtze River ink-top, coreboard, and pink wall are transformed into modern material language. At the top, the "ink roof" formed by the triangle motif is used to restore the building to a natural "container" between the ink landscape. The metal panel on the roof builds triangular continuous folding elements in the virtual and real, blurring its definition interface. The "dougong scale wall", the vertical arrangement of decorative elements and the bearing elements in dougong form, continuously defines the attributes of the urban public building of building.

In the middle, at the corresponding physical wall of the pavilion. The "brick wall" of the exterior facade is mainly made of elegant light grey caking brick. The structure of the local wall is divided into concave and convex, showing a faint gradient, echoing the trend of the top frame and the direction of the city. At the bottom, the main part of public participation adopts white stone, which is solid and empty on the hanging stone curtain wall, and the real part follows the meaning of the powder wall. The empty part represents the unbounded connection we want between the interior and the river.

A museum is surely the best place closest to the soul and understanding the inner city. In ancient towns like Longyou, which have been enduring for thousands of years, the museum itself is bound to become a part of the "Longyou city name card", which will be baptized by time together with the strong site characteristics. The 2019 Zhejiang Provincial Museum Day was held at the Longyou Museum, which ceremoniously opened the memory space of this history. 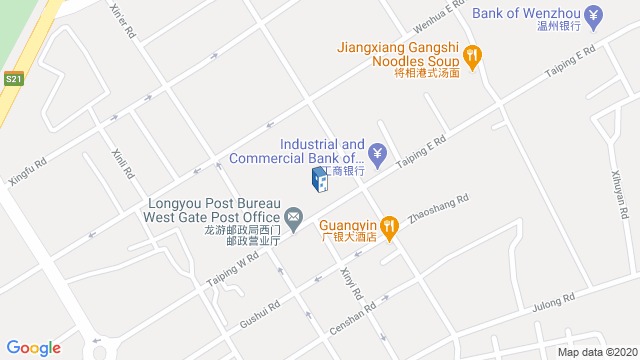 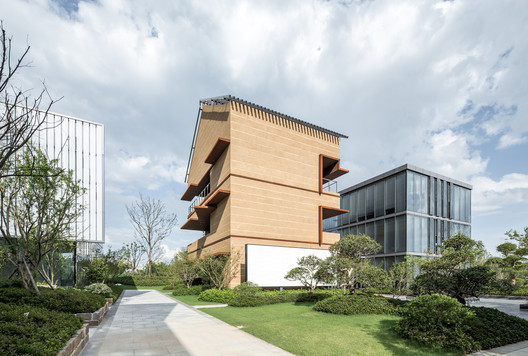 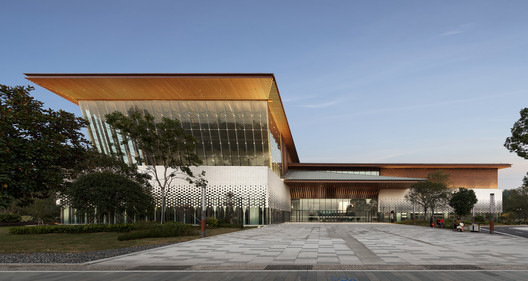