TAMassociati has designed a new “future proof” regeneration plan for the Officine industrial site in Bellinzona, Switzerland. Working with sa_partners and Franco Giorgetta Landscape Architect, the team created a proposal for the large-scale masterplan that explores gradual development in the Swiss alpine city. 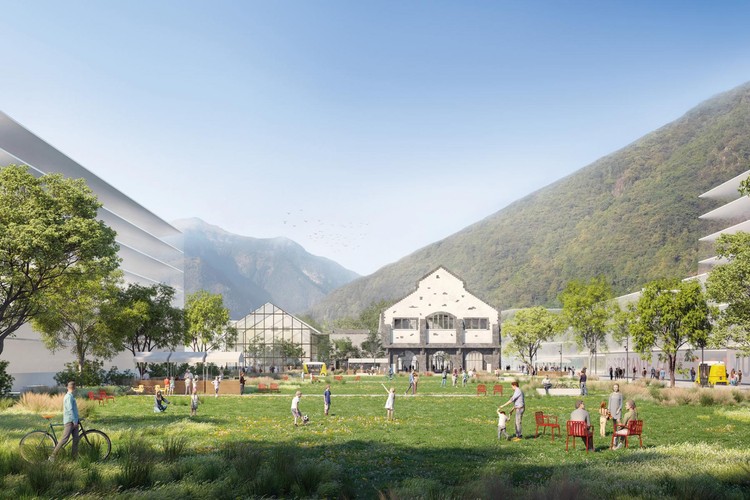 Dubbed the Porta del Ticino – Urban Living Lab, the project outlines the development of a large part of the urban territory and industrial Officine Bellinzona site. For 130 years it was the city’s economic driving force, and the proposed project articulates the former Officine SBB complex as three large belts of program. At the center is a large, public space and green infrastructure, while the sides of this re-naturalized area is planned a building development conceived as autonomous and flexible blocks.

As the team explains, a 'green kilometer' will be created to link the river and the mountain along the north-south route, with a built-up area characterized by commercial, managerial, administrative, educational and advanced research programs. This combines with municipal uses, including schools and the innovation park, as well as cooperative housing. An open system is envisioned for different types of hybrid residences, from cohousing and senior cohousing to affordable housing and mixed use lofts. 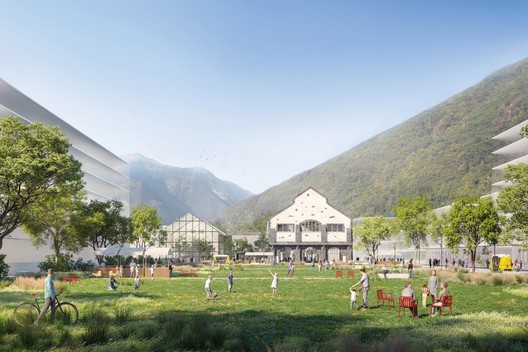