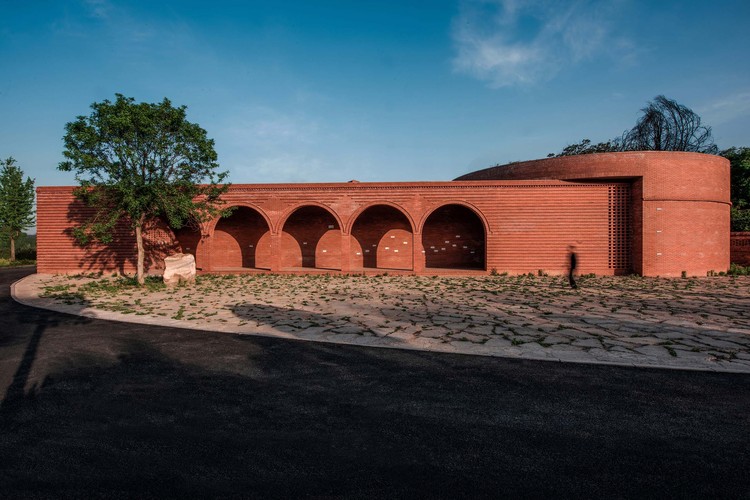 Text description provided by the architects. The architects Key Wang (KEYWORKS) + Rengran Zhang (RENGARCH)designed a Ceremonial Hall Building in the rural countryside near Luoyang in Henan province in China. An ensemble of buildings and public spaces, which consists of a ceremonial hall, spaces for contemplation, living and farming, shaping a new community place for visitors and villagers alike.

Background
Theproject started in 2017, when a local couple invited us to visit their hometown. As part of the design process we lived several months on thecountryside. This brought us important insights into the local lifestyle. Over three years of research, design and construction，we experienced rural life though all seasons and became accepted friends of the village.

Design Concept
We see our challenge in preserving domestic knowledge and traditions with a new function for the villagers and future visitors. Building a new common ground, can increase a return of young people, hope for villagers and even, new perspectives for a sustainable future. Learning from each other with respecting the past and the present of this place - the genius loci. Our design vision is to create a new type of building for this region and reconnect the tradition of agriculture - like worshipping heaven and earth - and celebrate moments of life in a hall for ceremonial activities.

Through numerous dialogues and researches in the neighborhood area, we found a common archetype of house - the earth cave house in the form of an arch. The later forms combine houses with red brick elements with more arches. We continue the common language of arches and red bricks combined with new functions and new spacial dimensions. Beside the ceremonial hall, there is a facility building for living, studying and farming for visitors and villagers. Together they can explore and communicate a lifestyle with space for contemplation and healthy conscious living.

Red Brick Ceremonial Hall Building
Meandering like a ribbon, a red brick wall leads the visitor from the street to a round corner building which marks the entrance to a place, lined with straight walls that opens towards the south in a representative gesture. The visitors approach the ceremonial hall building through a corridor enclosed by five arches. The corridor leads to a yard formed by an arrangement of different directions. The building keeps single walls and roofs which are placed to create framed views.

Ceremonial Hall
The semi circular shaped ceremonial hall is an enclosed space with an open roof and an opening in the wall. While the opening frames the surrounding nature, the beam structure of the roof creates a play of shadow and light. The beams remind us of a solar clockwork and shall intensify the visitors perception of time. 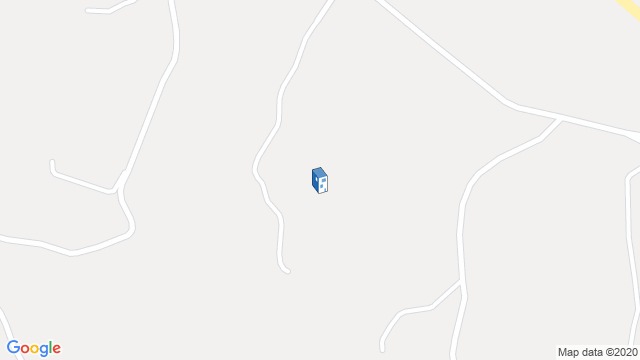 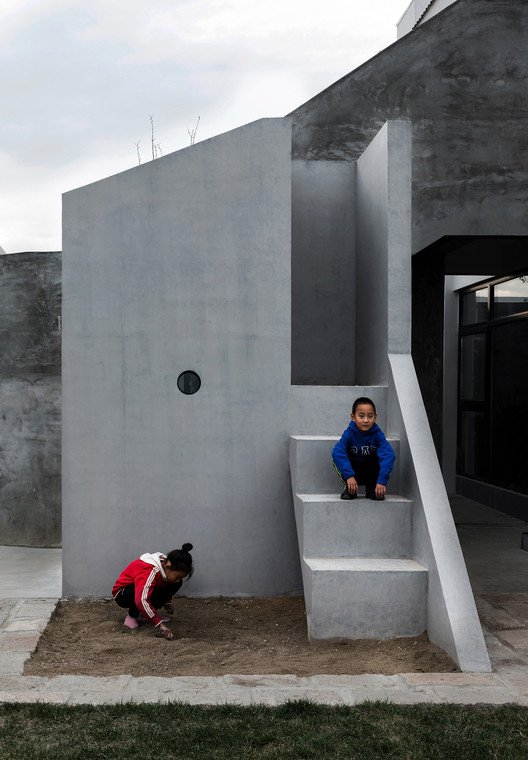 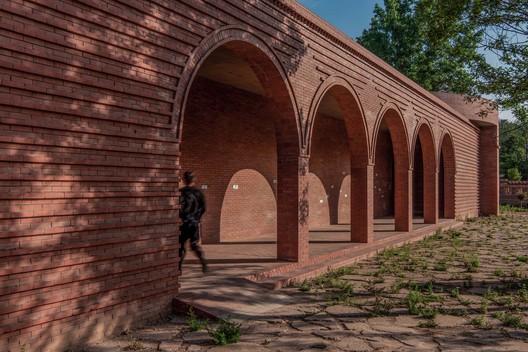 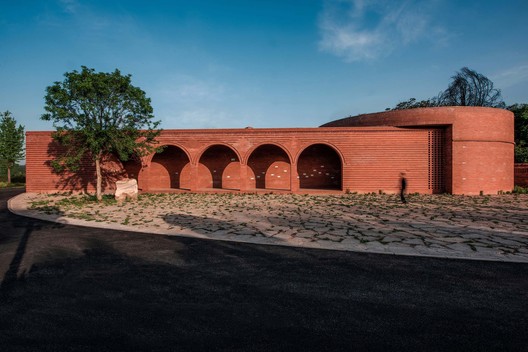