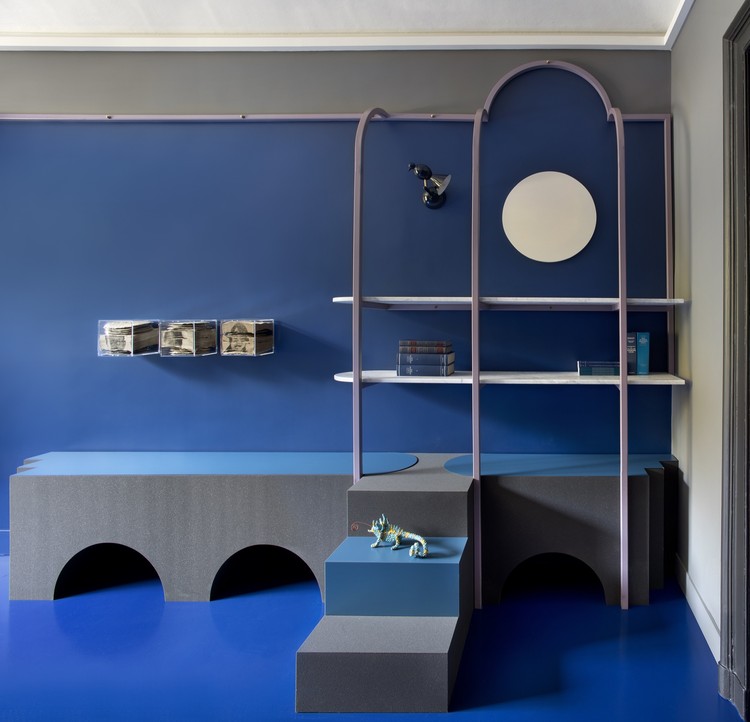 Text description provided by the architects. Agorà (in ancient greek : αγορά, from αγείρω = gather, meet) it's the term used by the Ancient Greece to indicate the principal square of the polis: political, legal, religious and economic place. This was the main point used to conceive a modern working environment for lawyers that interprets classicism in the contemporary world. It’s a space that is perceived like an archetypal, legal and absolute place as the agorà, one of the first spaces dedicated/related to jurisdiction in Ancient Greece.

The geometries which are considered eternal and the patrimony of our memory become ephemeral/evanescent, light and ironic. The scenography is realised/composed with volumes of rubber (polyurethane), covered with lacquered sheets and defined with metal structures. An iconic furnishing in a time of suspense. Color covers almost the entire space and furniture making it look unreal and unnatural. This monochromy dialogues directly with the form, the matter, the light and the dimension setting up a plastic, fake scape. It creates almost an urban context that seems static and metaphysical.

An empty square; traces of an archaic past, an architectural scenario that becomes dreamlike in the eyes of the viewer. The books become drawing and decoration, a translation of the contemporary, immaterial and virtual life that generates the dimension of emptiness in the residential landscape. 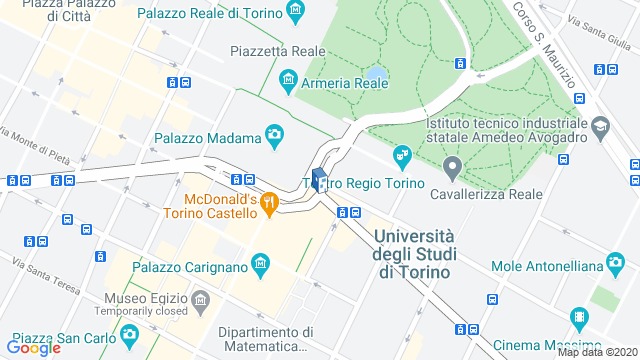 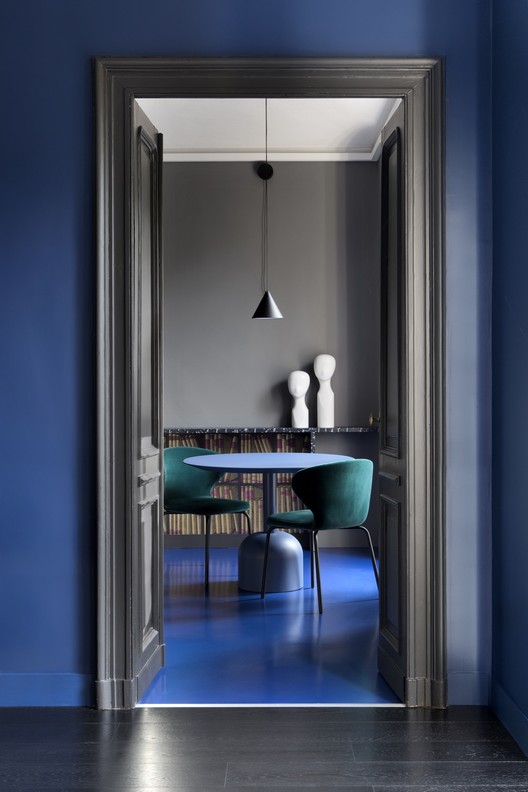