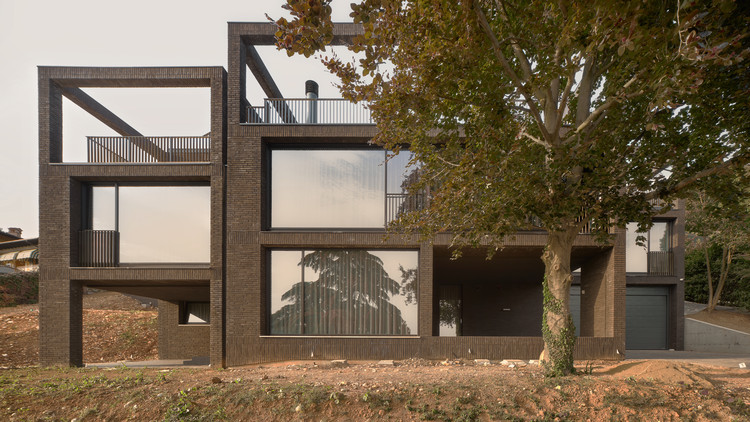 Text description provided by the architects. The PR house stands in a lot which already hosted a building made in the sixties. The proposed intervention has significantly modified the spatial and compositional relationships of the existing building in favour of a restrained construction with rigorous lines.

The stereometric, material, and chromatic choices mediate the relationship with the surroundings. The house does not impose itself as a novelty but inserts itself in the site as a mindful addition.

Through an architecture able to join and blend itself with the surrounding landscape a new empathy is established between building and place.