Foster + Partners has shared a series of updated images for The Tulip, a 305-meter-high tower and attraction in London. The latest renderings show more details of the tower’s base, as well as the project interiors. The design features a “bud-like scheme” and is intended to become a new public cultural and educational resource for Londoners and tourists alike. 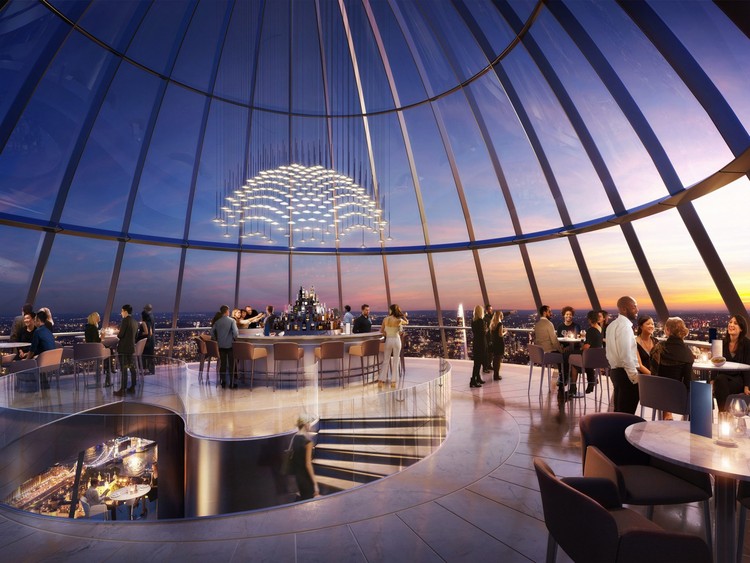 The Tulip is designed to include the Aspire educational facility operated by building owners J. Safra Group, as well as a glass-dome at the tip of the structure housing the Sky Bar. The project’s initial ideas call for sky bridges, internal glass slides and gondola pod rides on the building’s façade. Located across from Foster + Partners' skyscraper The Gherkin, the project’s base would include a small park and ground-floor pavilion and garden.

Previously, the Mayor of London, Sadiq Khan, advised planners to reject the Tulip proposal. The mayor spoke of concerns raised in a London Review Panel report, and advised City of London Corporation (CLC) planners to reject permission. The proposal is the subject of a Planning Appeal Inquiry to be heard in November 2020 in London.

Upon conclusion of the Public Inquiry, the appointed Inspector will submit a report and recommendation to Central Government. A final decision will be taken by the Secretary of State of Housing, Communities and Local Government. 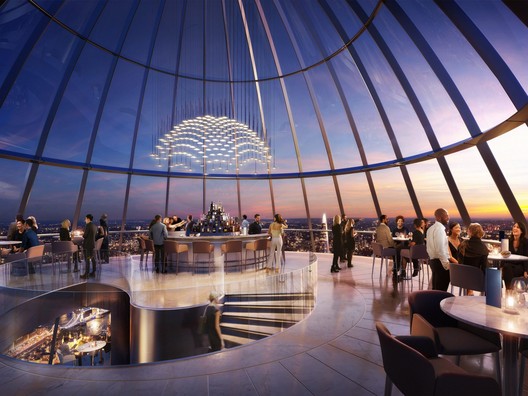