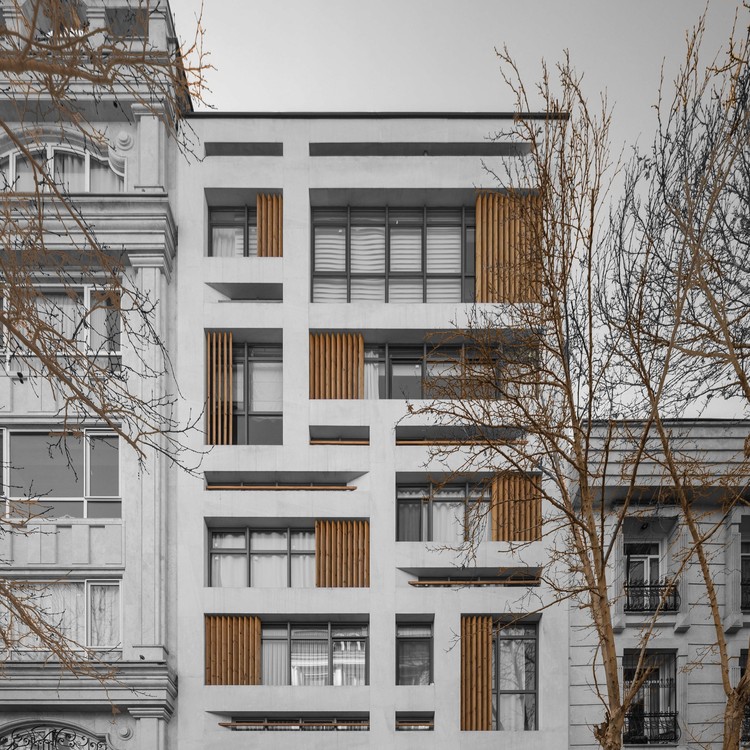 Text description provided by the architects. Over times, home has been a safe place that provided privacy, and also paid attention to its connection with public space(street and yard). Nowadays one of the main elements of visual connection between person’s inside and the public space(outside) are the windows. According to Johann Plasma, a Finnish architect: The window in architecture connects light and shadow, outside and inside, open and closed space, introversion and extroversion, and public and private. Today, we see many buildings with windows like row of openings in accordance with the national building laws, and the residents of such buildings deprive themselves of the benefit of such an architectural element by installing curtains permanently.

In this project, an attempt has been made to pay attention to the window as an internal and external linker. Since many buildings are built with intricate facades, we have tried to reduce the visual confusion created by the details and additional decorations of the adjacent buildings facades. In this way instead of just large windows with continuous and boring views, the viewer's eyes are faced with a puzzle of different frames that can scan the surface of the façade and Absorb visual information. Also Sitting on the floor is one of the Iranians habit. The low height window allows these observers to see outside. By designing this type of windows, the dance of light and different views inside the house continues and the eyes of the residents ,completes the outside view like a puzzle and they watch the rain and snow dance and the falling leaves of the trees in different frames, and this is how the window becomes a poetic link between the inside and the outside space.

This building is far from complexity, which has been turned into a neutral façade with white stone material, and allows the users to design the façade by lighting the interior and placing their favorite plants and diversify their home. Using wooden elements in the façade conveys a sense of familiarity to the user and is reminiscent of the trunks of trees in front of the building. Also, this usage of wood is drawn into the interior and forms a part of the roof beams and furniture, which leads to the connection between inside and outside of the building. Along with this visual perception, the touch of natural heat of the wooden entrance doors of the building contributes to this sensory richness.

In the plan, the public and private areas of the house are separated, due to Iranian culture. Each of the public spaces benefits from the natural light of the north and the private spaces from the south. Each space has a unique ceiling design. Concrete elements have been used in the decoration of the bedroom and living room, which, along with the warmth of the wood, has given a special contrast and elegance to the space. The structural system of the building is concrete and U boot roofs, and for the heating and cooling system, duct split is considered. 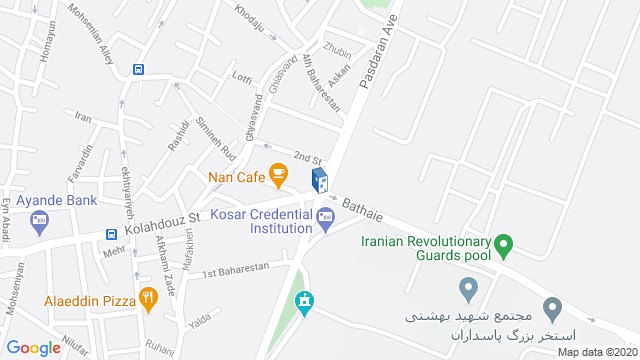