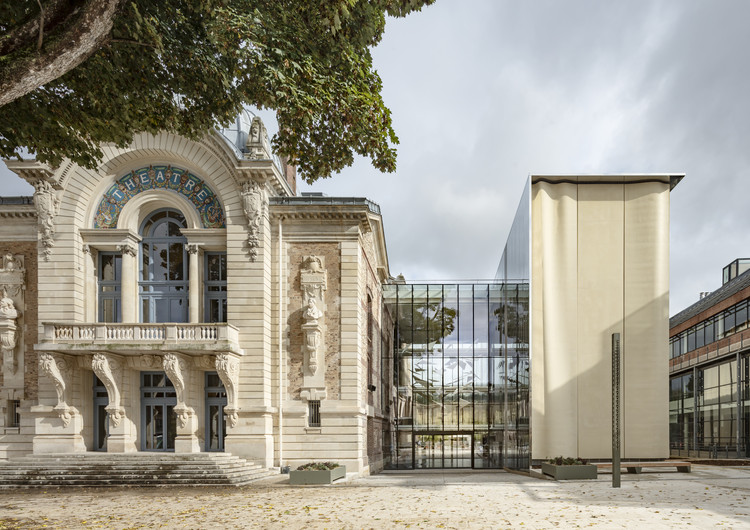 Text description provided by the architects. Enhancing the town’s emblematic Beaux-Arts style edifice with a more contemporary look and feel. The highly respectful project aimed to restore this theater dating from 1903 to its former glory, in its original architectural style and including the design of a new décor for the lobby.

Inaugurated in 1903, the Théâtre d’Evreux, and commonly referred to as the Théâtre Legendre, was built in the Beaux-Arts style and signed by the architect Léon Legendre. Despite its relatively restricted floor area, it possesses the full range of features traditionally found in a theater. Listed since 2002 with France’s “Monuments Historiques” supplemental inventory, it had to be closed to the public in 2006 due to the deteriorating conditions observed in the breeze block masonry and interior décors and to other security nonconformities. A series of projects were undertaken at the time and then prematurely halted, mainly because of cost overruns related to the challenging characteristics of the underlying ground.

Prior to its restoration, the theater’s southern façade was in a state of ruin and bore traces of past damage. Its restoration was done in such a way as to erase the successive modifications from view and to restore its original proportions by recreating the brick and silex facings and initial apertures. The program included full upgrading to current standards for theaters and the adaptations required for operating contemporary stage sets.

The extension to the south of the existing building houses the new functions of the theater, which include dressing rooms and green rooms, the offices of the director and the stage manager as well as a rehearsal room. It is separated from the theater by the insertion of a setback creating the space for a vast glazed lobby, that forms an interior street and ensures perfect readability of the existing brick and breeze block façade.

The interior wall of the extension that faces the existing theater and which extends the length of the lobby was treated as an immense perfectly smooth mirror reflecting the outlines and shades of the brick and breeze block masonry, creating an appealing vision from the square in front of the town hall and setting up an illusionistic interplay of images, characteristic of theater, where the distinction of reality from fiction is blurred. The strips of cladding located to the right of the windows and the ventilation grilles of the technical systems are perforated to ensure continuity of the material and penetration of light and air.

The décors of the hall itself were restored to their original state. The structural survey of the highly deteriorated décors of the historic building offered no certainty as to the existing elements. Thus, the decision to design a new décor, one which fully participates in the renewal of this theatrical venue and the new life of a monument that had for so long been closed to the public. 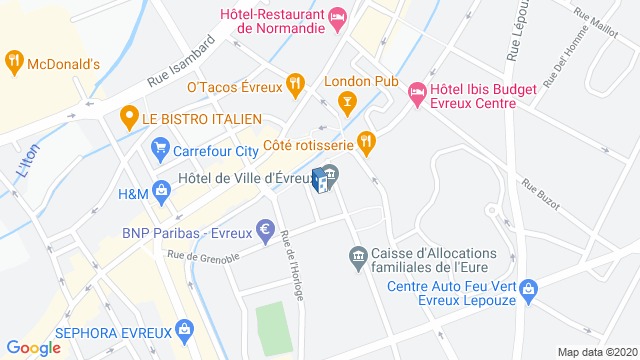 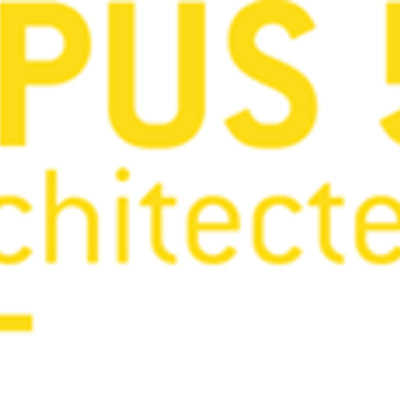 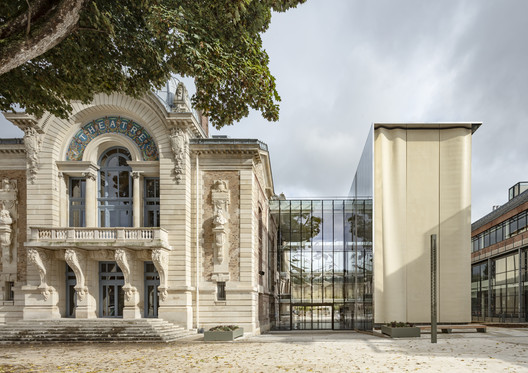