Save
Designing Dance: New Exhibition Traces the Origins and Legacy of Club Culture
Share
Or
Copy

Remember nightclubs? That mask-less, gloveless world where you’d melt into a gyrating, strobe-tinged crowd of hundreds while losing yourself to the ecstatic soul-shuddering beat of electronic dance music (EDM)? Nightclubs and their requisite soundscapes may feel like a distant and potentially panic-inducing memory today, but they have long served as vital spaces of innovation and countercultural resistance. In their fusion of creative cultures, technological innovation, and political protest, clubs are spaces where utopian dreams are born and come to life—at least for the night.

Electronic: from Kraftwerk to the Chemical Brothers, on view at London’s Design Museum through February 14, 2021, cuts through the origins and influence of EDM to examine how technology and design helped establish club culture for what it is today. Debuted at La Philharmonie de Paris in 2019, the exhibition was designed by 1024 architecture, an international studio that produces concerts, performances, and festivals, with graphics from Agnès Dahan Studio. A blacked-out exhibition hall, UV lighting, and an elaborate concert scaffolding system gives the 400+ items on display an edgy urban feel. But thanks to the pandemic’s spatial regulations, the Design Museum rendition is a little less punk rock—arrows on the floor direct visitors in a one-way movement system and social distancing regulations limit attendees to prebooked 1.5-hour slots. Not quite rave conditions, but it doesn’t stop visitors from bopping along to the exhibition’s own commissioned soundtrack mixed by French DJ Laurent Garnier.

Across four sprawling sections that bleed together (like any good DJ set), Electronic takes care to highlight the marginalized communities and LGBTQ+ activists among whom EDM originated, despite its present-day reputation as a predominantly white male field. Departing from its previous iteration at Fondation Louis Vuitton, the Design Museum’s Electronic homes in on the uniquely British strain of EDM through two multisensory installations: Weirdcore’s trippy video for Aphex Twin and, in the final room, a smoke-and-strobe filled experience by Smith & Lyall set to a track by the Chemical Brothers.

The first section of Electronic chronicles the evolution of music production hardware, and eventually software, as a timeline installation that shuffles between science, academia, and pop culture, featuring plenty of historical gizmos. Beginning with the 1901 debut of the Telharmonium, a 220-ton, 55-foot-long goliath of an instrument that first hit 128 beats per minute (BPM), the installation follows EDM from its house and techno origins in the 1980s to some of its present-day iterations, such as those enabled by high-tech audio-visual (AV) performances and new coding devices. The Black communities of Detroit and Chicago get a much-deserved shout-out here, as the founders of techno and house movements, while a special section on New York’s club scene brings the show to its next phase, called “Dancefloor”.

The final room, “Utopian Dreams and Ideals,” is also the weightiest; it needs far more space than it’s been given. It unpacks the political and ideological role of the nightclub—from post-reunification Berlin to queer anti-fascist youth groups in Eastern Europe and English Midlands towns—through a combination of archival material and contemporary protest artworks. The line between partying and politics is complicated here, shedding light on the cultural significance of EDM as an enduring form of resistance.

Electronic is one of several recent major exhibitions examining the social politics, aesthetics, and design history of club culture (Night Fever at Vitra Design Museum being another), indicating an increased awareness of its cultural significance especially in an era that frequently threatens its livelihood. Yet Electronic feels more vital than its contemporaries, which can be chalked up to its focus on the resilient communities who created EDM and its efforts to localize the movement in a British social and political context.

For that reason, it’s equally frustrating to see the Design Museum’s commissions and resource-heavy installations go to the well-known white dudes who are household names of EDM today: Kraftwerk, Aphex Twin, the Chemical Brothers. Tumblr Visibility, an online database by EDM artist AGF that contains more than 2,500 female, trans and nonbinary electronic musicians and visual artists from 79 countries, gets a small shout-out in the show, but it could have also been a starting point for the exhibition to spotlight the marginalized communities it wishes to highlight.

The future of nightclubs has always been uncertain, and as these strobe-streaked, raucous temples of counterculture have remained shuttered for the last four months, it’s patently clear they will be all the more vulnerable. But by the time you waft through the cherry-colored fog and move to the beat in the exhibition’s final immersive installation,  Electronic makes an ecstatic case for why the club nights must go on, to quote Daft Punk, one more time.

This article was originally published on Metropolismag.com as "Designing Dance: 'Electronic' Traces the Origins and Legacy of Club Culture". 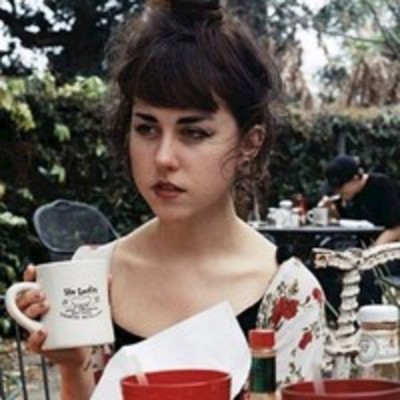