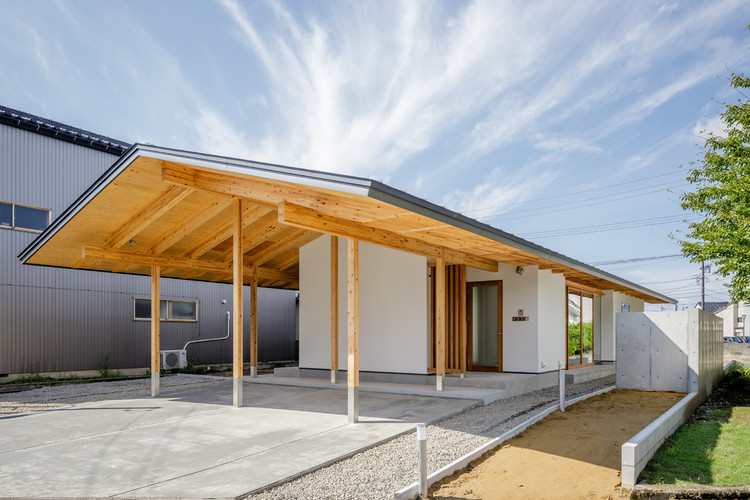 Text description provided by the architects. It is a house planned in Tonami City, Toyama Prefecture. The site is in a good environment surrounded by roads on the east and west sides and a park on the north side. In addition, the downtown area is nearby, making it a convenient location.

The owner, who lives far away, decided to build a new final home in his hometown. This area has a typical climate on the Sea of Japan side. Although it varies from year to year, there is a lot of snow in winter, and the cloudy sky spreads throughout the year.

In such an environment, I thought of a one-story house with a large roof that would envelop a peaceful life. Under the big roof, the openings are gathered on the park side where the good environment spreads so that you can fully feel the change of the four seasons, and at the same time, a long dirt passage extending from east to west is provided there.

This dirt passage, which is a convenient access flow line from the roads on the east and west sides, not only works as a point of interference between the external environment such as the porch and life, but also functions as a place for people to interact in a new life. In the midst of daily changes in the environment, we planned to create a building with a long time axis so that people could connect with each other under a large eaves. 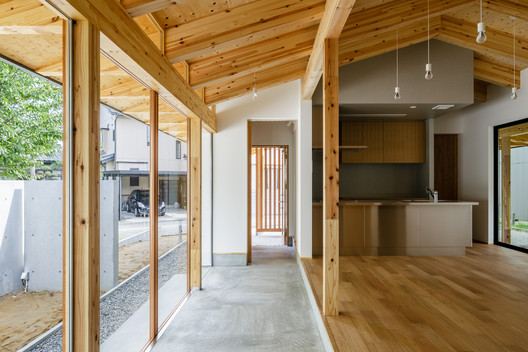