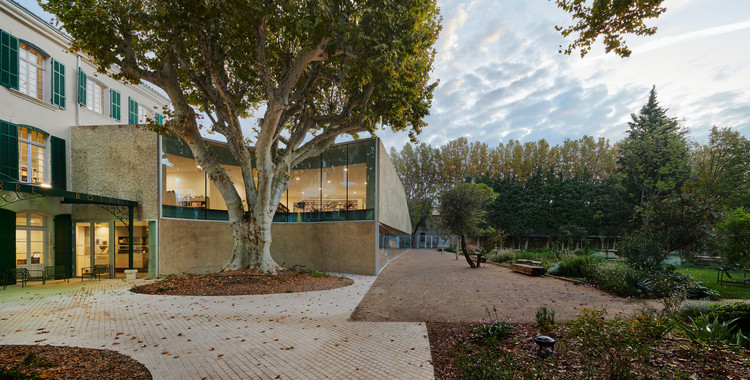 Text description provided by the architects. The town of Pélissanne is an ancient fortified city located in the heart of Provence in France. The new media library takes place in the historic Maureau Mansion, built in 1642 and set in the heart of an urban garden. The building is thus part of a rich landscape and heritage context. The project dialogues between two eras and two dimensions: the verticality of the rehabilitated volume of the existing building and the horizontality of the extension. This dialogue is embodied in the contrast between the apparent homogeneity of the facades and the different shades of local materials used, such as ocher and Rognes stone.

In the existing part, the classic spatial structure of interconnecting rooms is preserved, establishing a simple internal organization of the media library. The extension displays large, flexible consultation spaces on two floors. The ground level opens widely onto the park and allows the reader to immerse themselves in the landscape, while the upper floor offers a whole different atmosphere. It propels the visitor into the crown of the majestic plane tree, in which preservation guided the curved shape of the extension.

An adjacent building connecting the town hall square and the park is also renovated and transformed into a passage that links different poles within a global and open urban system. The passage is materialized here by a totally empty space bathed in natural light. Existing floors, doors and windows are removed. The tiles of the roof are replaced by glass tiles. The park facade is maintained as it is with its semi-circular porte-cochere. On the town hall side, the facade is open over its entire width, framing of the vegetation of the park. 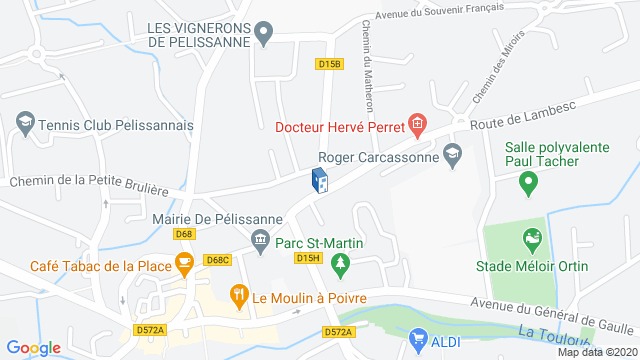 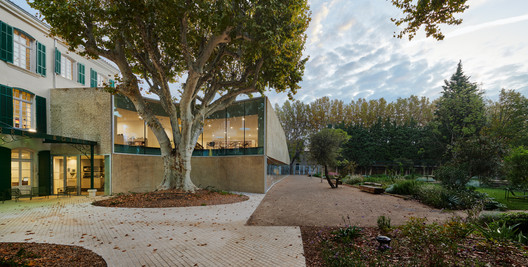