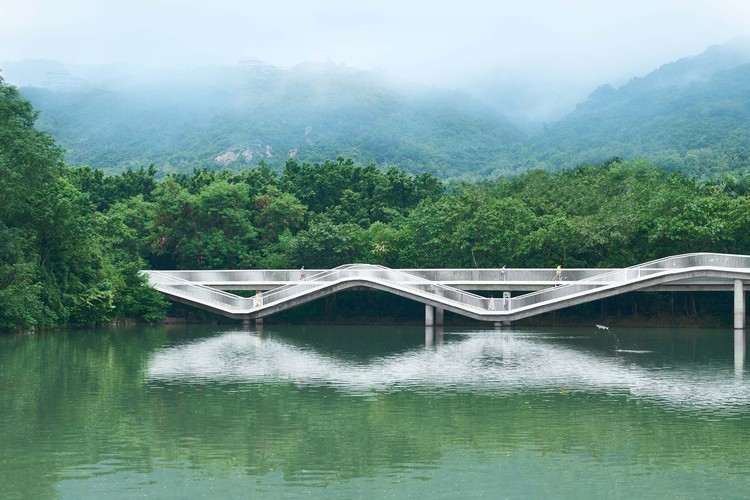 Text description provided by the architects. Shenzhen is the fastest-growing city in the world, expanding over 1000 hectares of new construction land each year. Xiaomeisha is located in Dapeng Bay in the east part of the city, surrounded by mountains on three sides and facing the water on one side. It has always been a valuable natural spot for people to escape from urban chaos. Here the Split Bridge is designed for hikers to cross the lake. The idea of splitting the footbridge into two paths is to open up choices of calm and relax for urbanites.

The eight-meters-wide bridge is splatted into two four-meters passages. One is a straight body, which provides flatness. This is a barrier-free passage that can be used by walking, jogging, cycling, wheelchairs, and small strollers. The other one is an undulating leisure trail, which runs from ground level down to lake water level and up to a higher-level that overlooks the driveway. The streamlined design allows people to slow down, or in other words, gives people a choice to slow down, if they wish to.

To become a landscape feature, the design looks into the Jade Belt Bridge (famous in Chinese classical gardens) as a reference. Straight-line reflects the water surface, while the curved line represents the undulating hills. Two passage of Split Bridge makes a combination of both. Also, the different heights of walking trails create interesting viewpoints for spectators.

We want simple solutions in construction. In plan, the bridge body is mainly composed of one straight line and one tangent arc, while the elevation is composed of multiple straight lines and multiple tangent arcs. To meet simple implementation during the construction period, the design optimized the geometric composition and adjusted the curve distribution to have correspondence between the straight lines of the plane and the curve segment of the elevation, and vice versa, avoiding hyperboloid geometry.

To weigh the height and span of beams, also to release the bridge shrinkage, creep, and temperature stress, the design used rational structural division to compromise column position. In order to keep beam size within 750mm high, the column span was kept between 15 to 22 meters. The bridge body was divided into three parts. The juncture was formed by cantilever beams on both sides. The length of cantilever beams is within 4m.

As a municipal project, we want it cheap in cost. Split Bridge advocates the principle of economy and rapid construction. Low maintenance is also taken into account. Therefore, the application of building materials adopts the standards of the Urban Management Bureau: colored asphalt, floor tiles, and metal railing. Besides, due to the salty and wet environment by the sea, to ensure the anti-erosion of structure, the main body of the bridge adopts a cast-in-place reinforced concrete structure.

Nowadays, the value of rights to choose is mostly neglected, and efficiency is over dominating in urban living. Providing two walking modes, Split Bridge is an installation of performance art, which encourage public participant for reclaiming the rights of making choice. 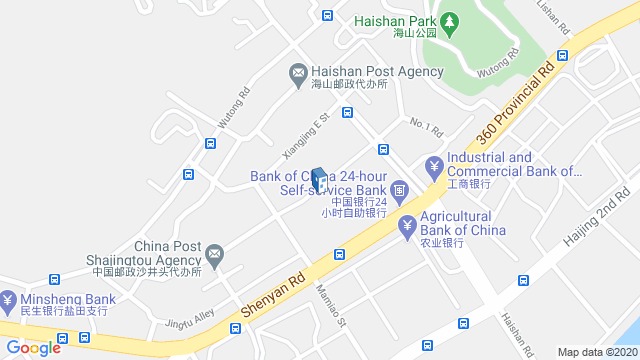 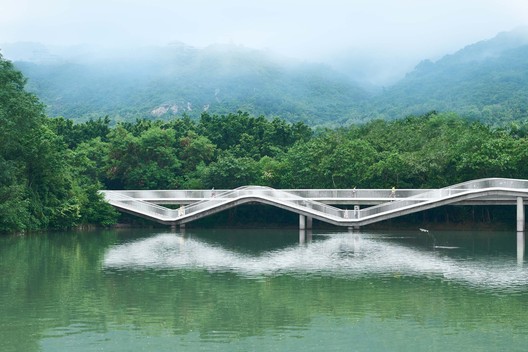