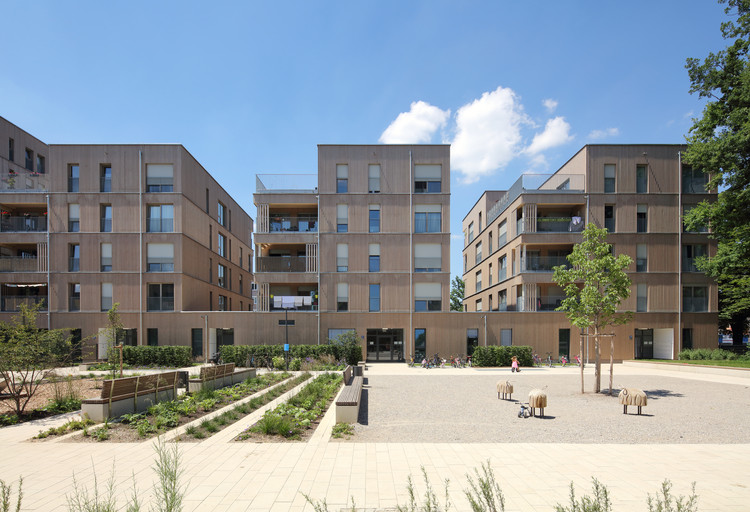 Text description provided by the architects. The new building on Jörg-Hube-Strasse creates space for 57 apartments of which 45 are socially subsidized apartments and one house for children with six kindergarten groups.

The children's house will be integrated on the ground floor of the building on one level and will be characterized by a protruding base area in the west. All group rooms are oriented towards the garden area, which is located to the west. The staff rooms and side rooms are located to the east and serve as a separation to the living area. The interior corridors and checkroom areas receive daylight through skylights and have multiple views and exits to the garden.

A sequence of differently usable rooms is planned for the residential courtyard: Play areas, lounge/seating areas, urban gardening, neighborhood area for playing boules, parties, etc. In front of the building entrances there are bicycle stands and benches, integrated into a decorative grass band.

The outdoor area of the kindergarten is also a series of diverse, topographically modeled play situations, around which terrace areas and a circular path for scooter/bobby car driving are positioned. To the north, a hiding place and berry garden will complement the play area.

The tool storage box at the southern edge of the kindergarden outdoor area forms the back of a small square, which is the prelude to the house for children and is intended to function as a link between the quarter and the public green space in the south.

Construction and materials:
The basement and the ground floor up to the upper edge of the floor above the ground floor, as well as the staircases and elevator shafts up to the roof skin are constructed in reinforced concrete.

The vertical loads from the wood-concrete-composite girders are transferred floor by floor via internal, visible wooden supports. The horizontal stiffening is done through a continuous concrete disk of the hybrid ceiling-slabs, which are connected to the staircase core. Supporting interior walls are constructed from cross laminated timber encapsulated with plasterboard, a double-shell version of the cross laminated timber wall is used as an apartment partition wall. Non-load-bearing interior walls are constructed from conventional dry construction system walls.

The exterior walls consist of non-load-bearing, thermally insulated and floor-by-floor prefabricated timber frame components. The prefabrication includes the construction, windows and sun protection, as well as the complete wooden facade cladding. The facade from the 1st floor upwards will have vertically arranged, pre-grayed and inverted board sheds, which change their inverted direction floor by floor. At the floor transitions, the wooden facade is interrupted by an integrated, horizontally continuous fire protection bar. The facade on the ground floor is made of flame-retardant materials as a panel facade.

Proportion of renewable raw materials:
Renewable materials will be installed in the form of partially visible wooden components of the load-bearing construction from the 1st floor onwards, the outer wall construction, as well as the facade panelling and the interior panels on the first floor. 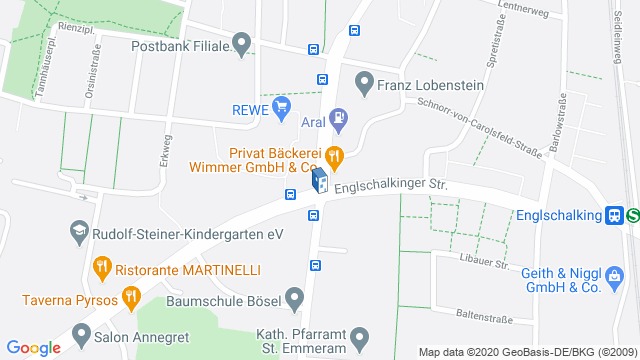