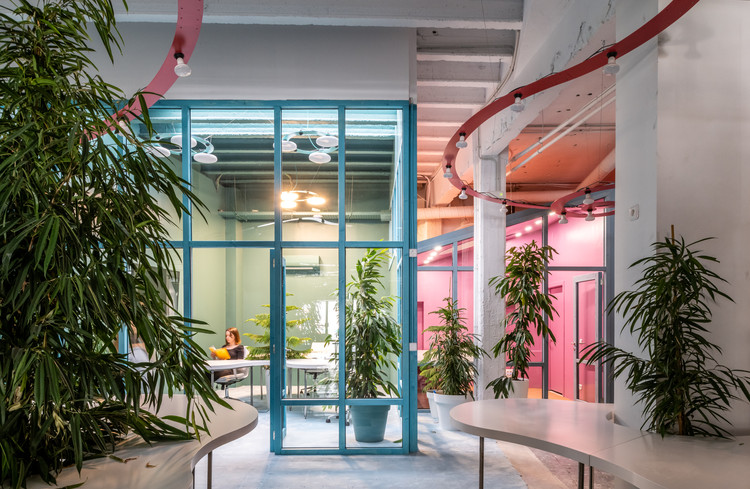 Text description provided by the architects. Ponyo en el Garaje is a project developed and executed in a period of seven months: in a Fast & Furious Office style. It is an old 600m2 garage (with an original taxi from the early 20th century) on the ground floor of a green building from the '70s with a landscaped facade in Madrid.

The premises will be used as a workshop for the creation and editing of audiovisual content where a group of 60 to 100 people will work. The budget for the project has to be distributed with 80% for wiring and installations and 20% for offices, landscaping and furniture.

During the planning phase of the project that originally was going to consists of only offices, the renderings made the promoters see the power of the digital image of architecture as a new model of scenography to shoot TV programs and other digital broadcasting content.

The project is executed with a palette of eighteen colours and a catalogue of eighteen spatial situations that serve as the backdrop for the recordings. The space has twenty-one professional cameras placed in attractive settings and ready to broadcast live content in HI-Res. Even inside the car now known as the "Media Taxi".

And what about Ponyo? The 2008 Japanese animation film Ponyo (in which water is drawn like never before) guides us in the use of colour. A frame from Miyazaki's film, edited to 3x6 pixel resolution, provided us with a matrix of indisputable colours to tint all the carpentry, the wave-mode ribbons that illuminate the forest of liquid tables and the enclosed spaces shaped like small houses that close the perimeter of the space. 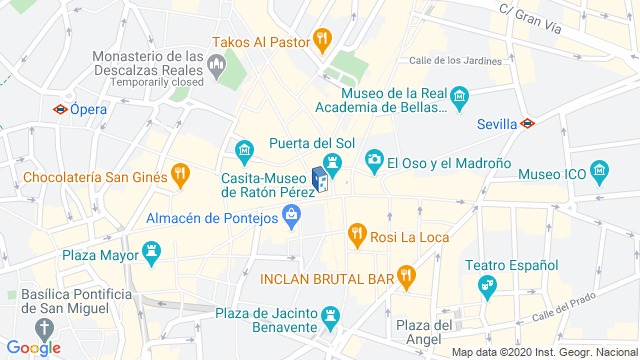 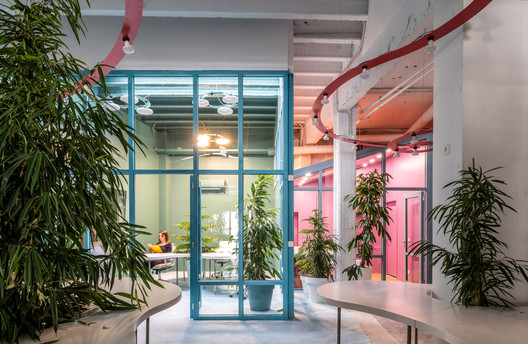