Save
Can Tho House / Landmak Architecture 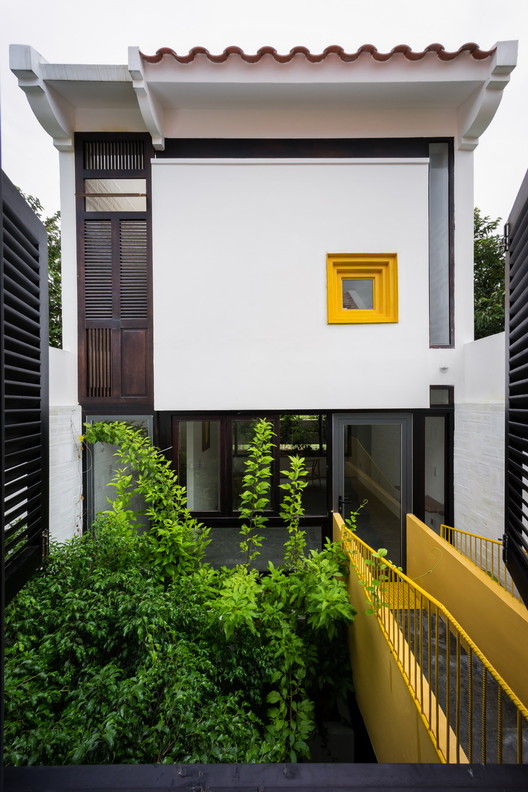 Text description provided by the architects. CAN THO House is designed for a young couple family. The family is the blending of two different cultures as the husband was born and raised in Hanoi, North of Vietnam and his wife was born and raised in the Southwest Vietnam. The North is where the indigenous culture imbued with Confucian thought, and the traditional rituals of the three Confucian value was very carefully holding while the people from the Southwest are likely liberal, rustic, and not two sophisticated in ritual in everyday life, so when the city husband lived in the Southwest, those of his childhood memories came rushing back.

Desire to pass on part of indigenous culture of the old country to his children, as well as his next generation, this house was designed in the view of blending between Past – Current… and most importantly it is the blending of two cultures into one (The Northern traditional architecture and Southwest hick emotion).

Communications of the house is clear but also full of interesting and special feelings. Architects have set two bridges as transport links throughout the blocks, one bridge made of concrete, sloping connects the master bedroom and work room at the 2nd floor, a yellow steel bridge to connect the Altar room with the external garden, and its point is a blank space on the front facade. It characterizes the old tube houses of Hanoi's ancient streets. The roof folds were gently reproduced as in “Pho Phai” paintings.

The house has four different façades creating spaces sandwiched in between as wells of light, giving different emotions when we stand under it and feeling between inside and outside was completely reversed. The atriums were created to provide light and ventilation to the interior as well as taking the leading light for the space beneath it and the direct light source for the mini garden. This solution design makes humans as immersed in nature, touching the plants and flowers in any public space, even when walking on the small bridge.