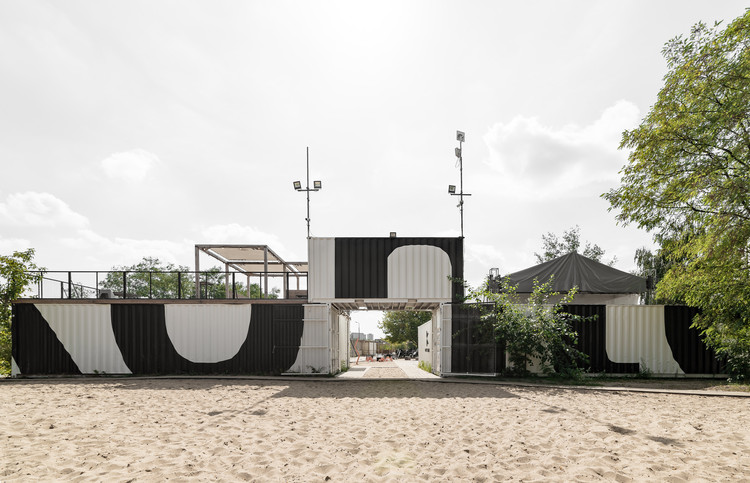 Location. Kontenerart is a recreational and cultural public space in the center of Poznan located near the Warta River. The assumption is set between the area of the historic Old Gasworks and the popular "Wartostrada" bicycle path. It is one of the most popular summer places for active recreation in the city.

Assumption, function. Kontenerart is an initiative that initiated the revitalization of riverside areas in Poznan. In 2019, a new project was created that defined a new quality. The main assumption was to use recycled shipping containers to ensure the possibility of quick construction and demolition using mobile recycling materials. For this purpose, 23 containers were used, in which there are successive: a meeting room and a gallery, music and workshop studio, food outlets, an office, warehouses, and toilets.

Between the warehouses, there is a stage where concerts and artistic events take place. The area is closed with wooden boxes with seats and shading fabrics. The form of the whole was arranged in such a way as to create a safe internal space next to a busy bicycle road, which is the main advantage for guests with children. A large tree grows in the center of the space, which gives the expected shade during the day. Hence, an island was created around it made of wooden platforms with seats and tables. The roofs of some of the containers are designed for a 300 m2 wooden terrace overlooking the river, the cathedral, and the eastern part of the city. The stairs leading to the terrace were designed as a stand facing the stage.

Colors, graphics. The colors of the containers have been unified to pure white. This procedure calms the varied forms of development and creates a neutral, fresh object in the city's panorama. Additionally, the bright color has a positive effect on reducing the overheating of the interior of metal walls. The main entrance is a "gate" with a dominant height, clearly visible from the beach and the bicycle path. These planes were used to paint black forms and shapes, which are an enlarged and cropped fragment of the "KONTE" inscription by Kontenerart. On the south side, where the second entrance is located and the area is narrower and more intimate, the arrangement of wooden forms covered with greenery is exposed.

Recycling, modularity. Kontenerart has already become an inseparable element of the city's panorama, but it is still a temporary space made of recycled shipping containers. All other elements, such as terrace modules, paths in the area enabling people to move on a wheelchair or balustrades, have been designed in certain universal dimensions so that they can be reused in a different layout or in another place. 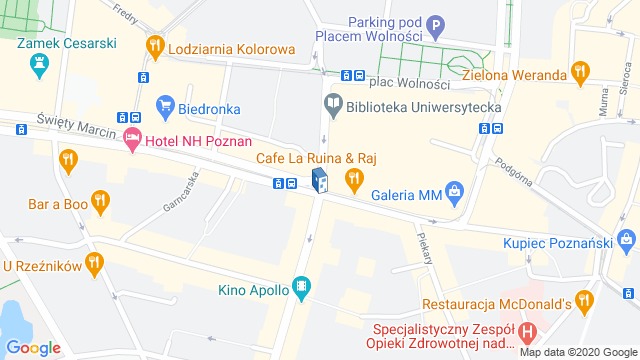