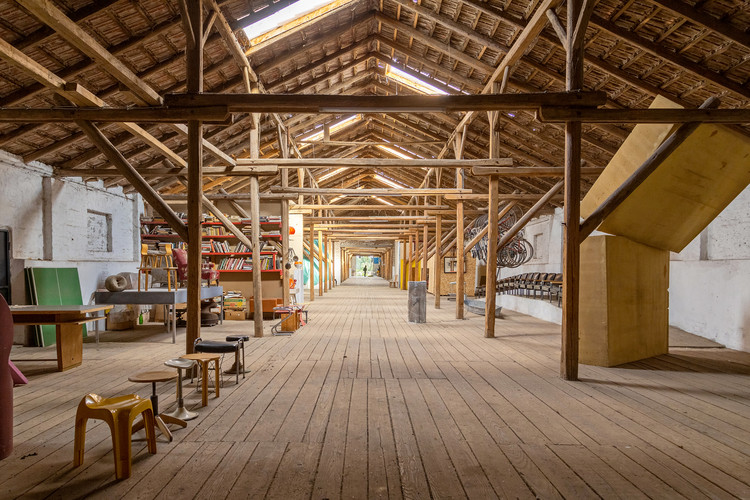 Text description provided by the architects. As the Danube meanders through the old town of Banovci, just 25km north of Belgrade lies the Magacin Macura - Zenit 4, an old barn transformed into a space for art. It complements the Museum Macura just a few kilometres downstream in Novi Banovci. Opened in 2008, the museum was built to house one of the largest private collections of modern and contemporary art in Eastern Europe and it is the first private museum in Serbia. The collection of Vladimir Macura includes some of the finest examples of early 20th century movements such as Zenithism, Dada, Surrealism, Viennese Actionism, and more.

The siting of the Magacin Macura is quite significant, being in an old village, away from the major cities. Performing arts, concerts, theatre plays and film screenings frequently turn the remote location into a place of gathering and experience.

The old barn was used for storing grain originally, then flour and more recently bread. It consists of a beautifully simple wooden structure with bolted joints, a visible roof truss, bare wooden floors, and brick walls. As much as possible of the material and special qualities should be kept when the Viennese-based architect and artist Milan Mijalkovic was asked to plan a significant expansion of the building.

With a budget of only €30,000, equating to €100/m²—low even by Serbian standards—Mijalkovic opted for simple low-cost techniques using a steel frame to build the extension and insulated metal cladding for the walls. The doors, windows, and even the wooden flooring, were all reused materials, salvaged from the local waste disposal site.

For the new Magacin, a large rectangular volume was placed along the street,  perpendicular to the existing building, and lifted up to the eaves line. The pink façade underlines this new presence in the village. Two black boxes, housing a shop and storage spaces, are forming the base of the volume. Between the boxes and the old building, two covered doorways are created. Here, stained glass doors are casting coloured light onto the existing brick walls of the barn, where the flaking paintwork and loose render are in stark contrast to the neatly plastered walls of the extension.

Passing through the left doorway, the entrance lobby, there is a tree-lined path, which winds its way down to the banks of the Danube. Here you can sit and drink homemade lavender juice, served in vintage bottles and glasses as you chat with the collector himself. From this garden, you enter the long exhibition space of the original barn.

At the front end of the space, a staircase leads to the perpendicular volume of the upper floor. Here, again in a large open space, working areas, a bedroom and a bathroom are situated, all appearing as part of the exhibition. In this space, resident artists can stay, and readings, performances, etc. can take place.

On the other side of the original building, the second doorway is leading to a courtyard that looks as though nothing around it has changed in decades, and by and large, that is true. This low-cost development with its reused materials has provided so much for so little by keeping what was there already. 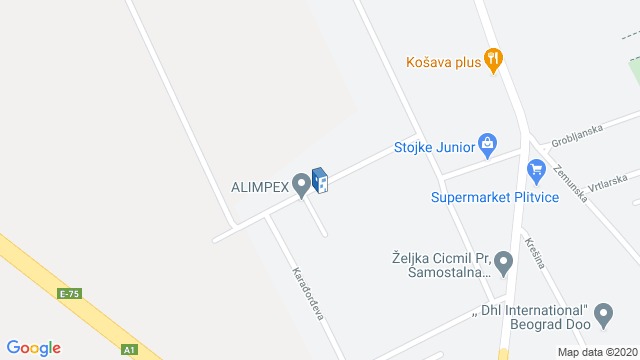 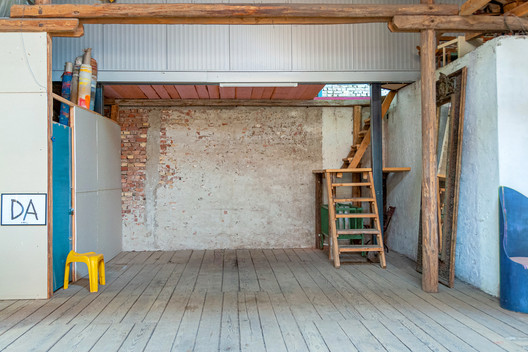