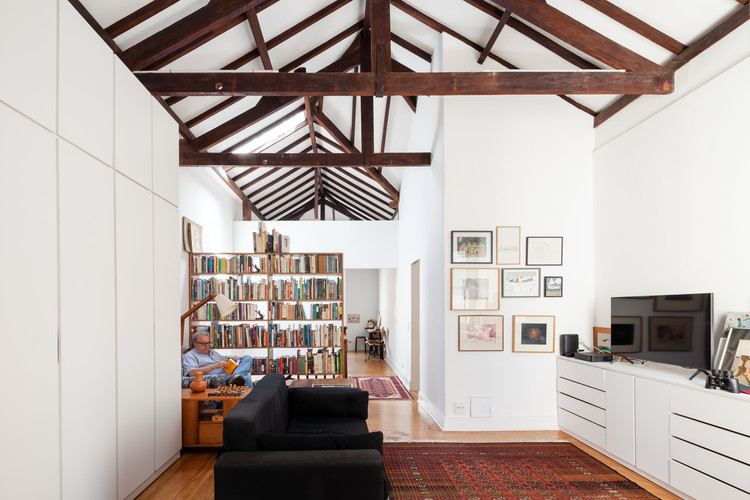 Text description provided by the architects. The semi-detached house, in 2017, graffiti on its façade of the street and poorly maintained was the headquarters of an association that completely mischaracterized the building. The two floors were circulating workrooms, corridors, creating areas of use often without openings to the outside, true alcoves. We included in these mistaken uses the occupation of the back of the land, with the installation of floor and roof.

The property is listed, with preservation level 3, which presupposes the possibility of recovering the original characteristics of the listed property. Thus, the first decision of the project was the demolition of this area built at the bottom of the land. This decision became the fundamental guideline of the project, the elimination of elements attached to the original building.

The floor, ceramic scraps, carpet, vinyl flooring were removed entirely, on the two main floors, as well as the various levels of ceiling found, of stucco, drywall, plaster, found in a disorderly manner.

The removal of these elements brought to light the original construction elements, scissors, and wooden structure executed a hundred years ago, which were in good condition, and was subjected to sanding, treatment against fungi, and regularization with oils suitable for their homogenization. Wooden floor in poor condition, scratched, which required a good treatment for total recovery, under the immense repertoire of overlapping finishes, which were, of course, removed.

The house, in this “updated” way, now lends itself, in support of the conditions, rhythms, and requests of the current moment. In no way did the legislation imposing the listing of the property restricts or limit the possibilities of its full recovery. 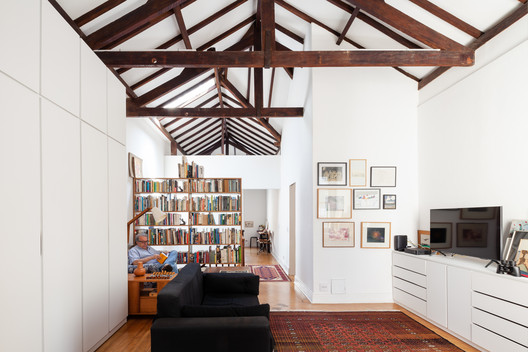