✕
Save
The House of Shmerling St. / Muhlbauer Architects 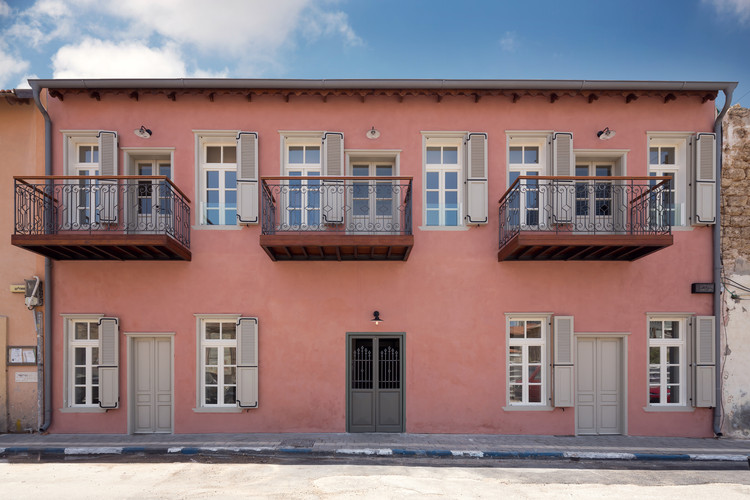 Text description provided by the architects. Originally built in Tel-Aviv’s oldest neighborhood, Neve Tzedek, this project on Shmerling Street pairs its 19th century origins with timelessly modern twists. As a declared building within the Tel Aviv municipality preservation plan it was necessary to rejuvenate it to its original state.

Succumbing to decades of neglect and dereliction, the residence presented Muhlbauer Architects with various of challenges.  Most noteworthy the original façade was partially destroyed and void of any architectural documentation to aid in its restoration. What resulted was a piecemeal process of assembling various historical documents, including an original painting by the famous Israeli painter Nachum Gutman, to bring restoration to fruition. Additional aspects of the preservation process consisted of exposing and reinforcing an original wall made of native Kurkar stone, restoring welding details, and installing new wooden windows.

The original plaster hue was recreated in accordance to old paintings of the house and its surroundings. As a result of strict guidelines that came with preserving the façade, interior programing had to adjust. What resulted was an irregular relationship between the apartments to the exterior balconies, resulting in uneven levels that provided raised platforms within the living units. Semi-private assembly spaces were introduced as an anchor between the exterior balconies and the interior living spaces.

Within the five dwelling units (two ground duplexes, two first story apartments, and one penthouse) the interior was transformed with modern attributes and a natural color palette. Painted cement tiles were paired with bright wooden flooring; a gray Bulthaup kitchen with stainless steel counter tops was juxtaposed with handmade furniture made by a local design studio Nachshon. 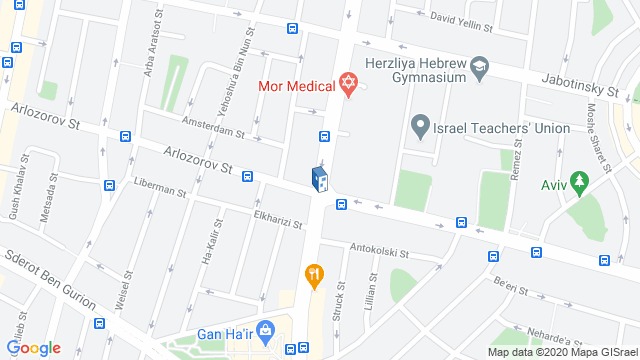 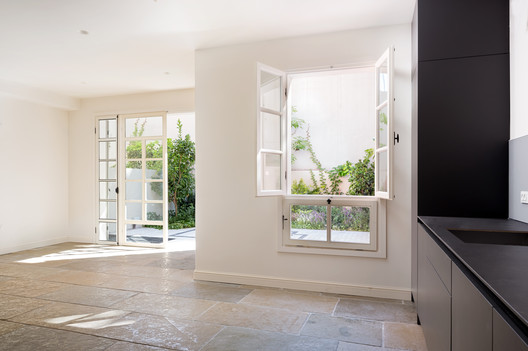