Virgin Hyperloop has announced that it will build a new Certification Center for an 800-acre site in West Virginia. Designed to test the company's futuristic transport system, the center will serve as a location for developing and validating the use of hyperloop technology. Coming with a $500 million price tag, the project will expand upon Virgin Hyperloop's current testing efforts in the desert north of Las Vegas. 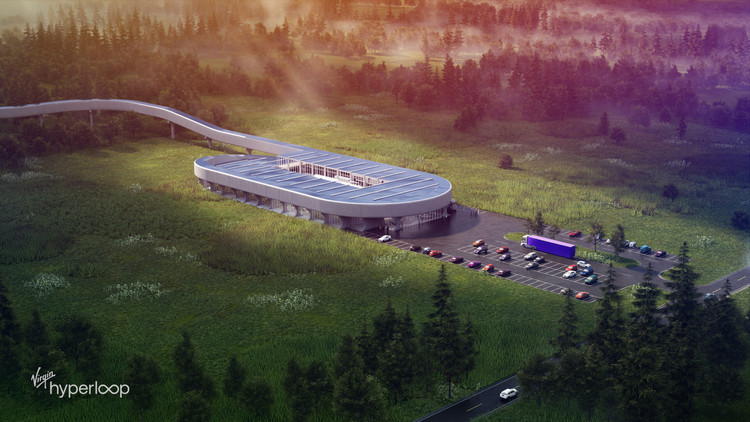 This summer, the federal government laid out a framework for regulating the hyperloop, a move that helps further ground next steps for evolving current transportation systems across the country. Richard Branson, founder of Virgin Group that acquired Hyperloop One in 2017, noted that, "The Hyperloop Certification Center is the start of the hyperloop journey for West Virginia, for the United States, and for the world. We’re one step closer to making hyperloop travel a reality for people everywhere."

The new Certification Center in the United States comes after news that the Government of Maharashtra deemed Virgin Hyperloop a public infrastructure project, setting it up to become the first hyperloop project in the world. Dubbed the Pune-Mumbai Hyperloop, the project will link central Pune to Mumbai in under 35 minutes, as opposed to the current 3.5+ hours by road. There are approximately 75 million passenger journeys between Mumbai and Pune annually – and that number is expected to skyrocket to 130 million by 2026.

West Virginia was among 17 states in the running for the new facility, and the Hyperloop Certification Center will be designed by Bjarke Ingels Group (BIG). The complex will include a six-mile certification track, welcome center, a pod assembly and development facility, as well as a training center on site. “West Virginia is well-positioned to provide a fully-integrated solution that advances the nationwide opportunity for hyperloop,” said Jay Walder, CEO of Virgin Hyperloop, in a statement. “The engineering and scientific talent, combined with the skilled workforce and collaborative spirit we know is critical to this project, is all right here.”