Landscape and design office Karres en Brands has won the international competition to design Norway’s National Logging Museum. Selected out of 136 submissions, the team's winning proposal was chosen by the jury and the Commission of Museums in Akershus for building connections to the regional wetlands and local history. Sited on Northern Europe's largest inland delta, the new museum will focus on Norway's cultural and natural heritage. 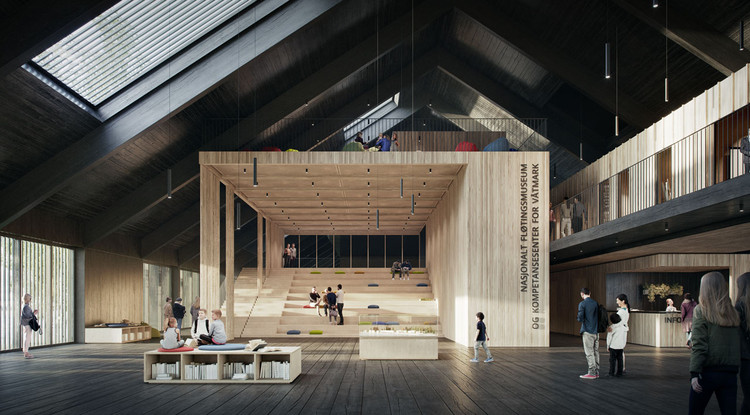 The museum is made to frame nature and embrace interaction with the outdoors. The design centers on celebrating and elevating the delta environment of Fedsund and the relationships between people and water. A reimagined longhouse was made to tie culture and nature together, referencing the scale of the “Windvangen” while marking the water's edge along the Glomma. The building was designed as a curtain to the landscape, focusing attention through its framed view.

A central element to the design is a public route called the Longboard, a 200m hybrid between public plaza, boardwalk, bridge and cultural space. As the team states, "The entire construction system is timber based, with various treatments. The skin of the building is composed of vertical charred timber lamellas. Their shape and rhythm refer to the logging process and provides the museum volume with a gradual change in appearance and tactile quality from close-by." 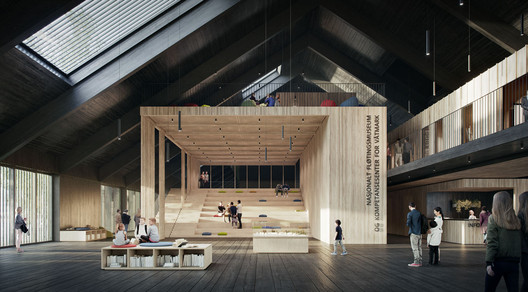