‘Tiny Second Home in Urban’, located in a town at the end of the hill neighboring Namsan in the heart of Seoul, is designed for second home in urban. Originally, the client intended to only transform the use of this old single-story wooden house but not to make a major change of the frame.

However, it came to the conclusion of building a new house from scratch by concerning some fundamental issues that the old house could have, such as the defect of structural safety. The client asked to have this small house, the size of 35m2 site area (53m2 gross built area) separated into two sections – private space as a study and public space where accommodates the guests.

We had to seek a new perspective and approach in architectural factors such as layout plan, structure, circulation, finishing materials, and program for this micro-scale house that has the first floor is the largest and it is only about 21m2. You may see our deepest consideration in the final result, like reinforced concrete, exterior insulated finish system, drainpipe built-in the frame, the adjusted first floor lower than the street level, and making the entrance on the first floor and the second floor respectively. And also we had to consider the way of maintaining the house since it is designed as a second home. On the other hand, we could have some room for flexibility and try something different from the primary residence.

The first floor is designed as a public space that has a kitchen and a dining room for hospitality when necessary. One of the main features of the first floor is allowing people to access with their shoes on. And it gives a possibility to this residential place to become a community platform for the neighborhood. Accordingly, the first floor cannot be defined as a strict private space and it neither can be a completely public space but it could be a common area that connects this house to the neighborhood and to the city.

The second floor - study, the third floor - living room, and the attic - bedroom where people take off their shoes, have been arranged vertically to enhance the aspect of private space. We put the windows, the voids between floors, and the terrace by considering the location of the neighbors to minimize the closed feeling that the small house may have.

This house was originally planned and designed for a second home, but it still has lots of potential to change the use depends on the lifestyle of the person who lives there. And when the client is on a long trip or decides not to use this house as home anymore, the first floor can be used as a private dining restaurant or shared kitchen space and the rest of the house can be used as Airbnb or can rent for gathering venue. 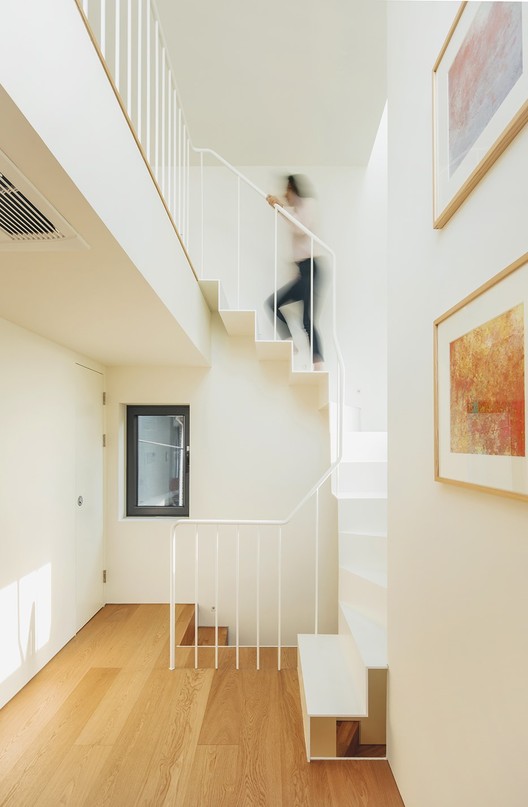 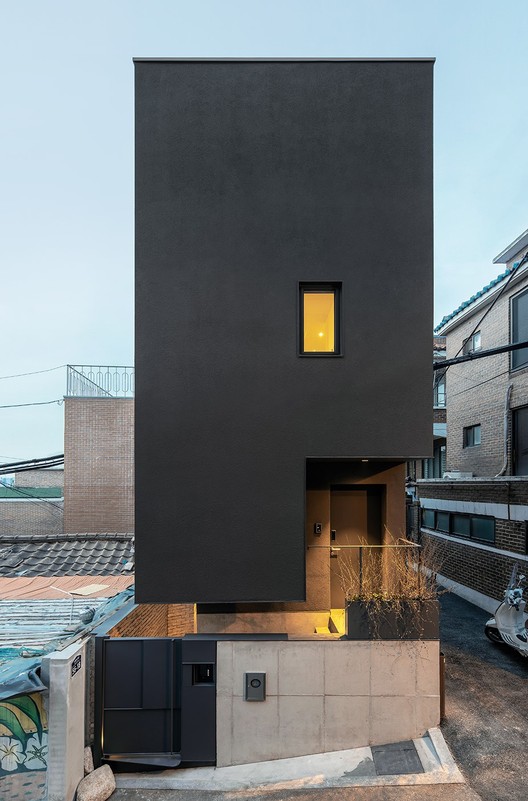