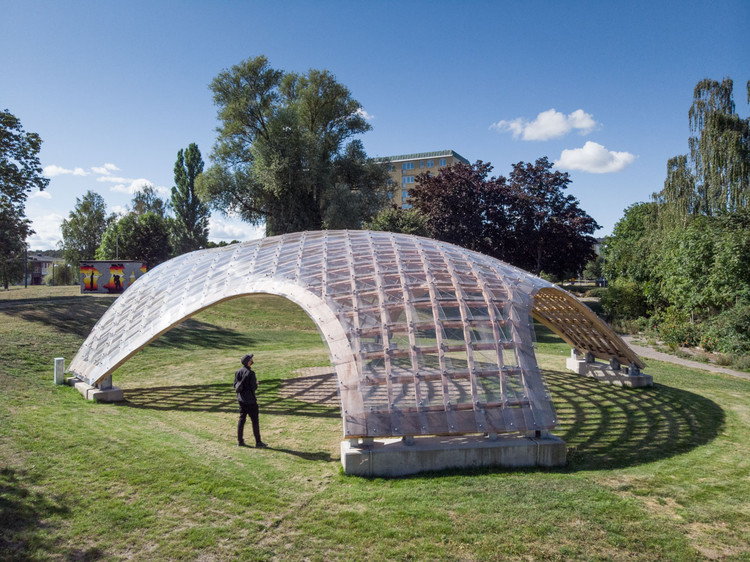 Text description provided by the architects. The Portalen Pavilion, a public art piece, is a lightweight timber canopy with curved edges. It serves as a meeting space and venue for debates, recitals, courses, open air theatre and other cultural activities. The pavilion, designed as a deployable timber gridshell, was developed by Spanish architects Map13 Barcelona in an international collaboration with Summum Engineering in the Netherlands and Edyta Augustynowicz in Switzerland.

The pavilion is part of the community centre of Portalen (the Portal) in the neighbourhood of Hageby in the city of Norrköping, Sweden. Portalen is an organization and centre that welcomes new migrants in the city, and facilitates their integration into the local labour market.

A group of architects and engineers, who had recently immigrated to Sweden, wished to create an attractive and iconic meeting point. The project was then formalized under the national programme "Art is happening”, conducted by the Statens Konstråd (Public Art Agency), collaborating with Norrköpings Konstmuseum and Portalen. For artistic input, the original group invited Map13 Barcelona, an architectural office known for their computationally designed structures built with local and traditional construction techniques.

In the summer of 2016, Map13 organised two sets of intensive participatory workshops to explore the potential nature of this meeting place. The conclusions of the participatory process called for a large, flexible and expressive roofed (but transparent) space that could be used for meetings and events. Additionally, with the appropriate orientation, the nearby park’s green slope would serve as natural grandstands. The project team was expanded with Summum Engineering along with Edyta Augustynowicz, to provide parametric modelling and structural engineering of the doubly curved pavilion.

The final design was a light, deployable timber gridshell, inspired by the pioneering work at Frei Otto’s Institute for Lightweight Structures in the 1970s. The material and construction technique were thoroughly chosen for the specific context and function. The light-weight structure sought to cover the maximum space with the minimum material using an efficient construction technique that do not need a formwork to be built and a sustainable and local material in a country with a large tradition in wooden construction.

The Portalen Pavilion consists of two layers of timber laths in two directions, forming a grid. The grid can be built as a flat mat on the ground, and then lifted to form a three-dimensional curved surface that works as an efficient shell structure. The grid is supported by four curving edges meeting at the four corners. These open arches made of glued laminated timber. After bracing the grid with steel cables, the entire shell was covered by polycarbonate sheets. This cladding allows for light to pass through, transforming the perception of the interior and the exterior space.

The final art piece now serves as a permanent and public pavilion for Sweden’s newest citizens making their way to Portalen and finding their place in their new home country. 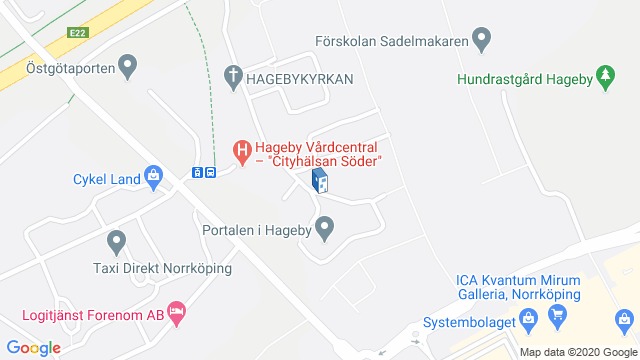