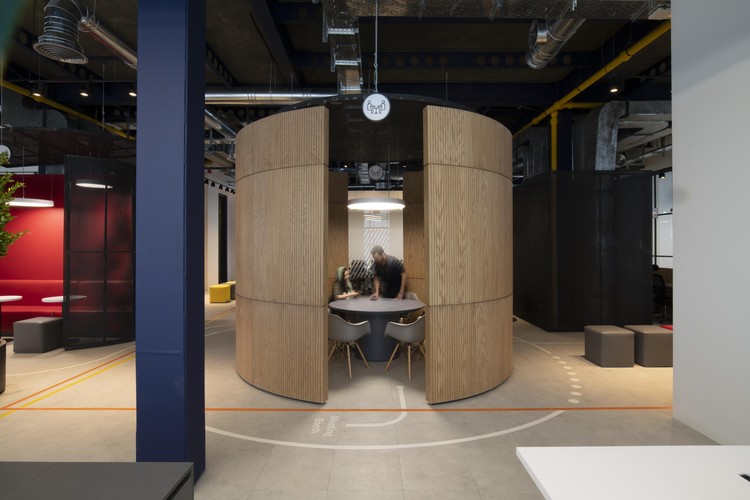 Text description provided by the architects. Well-known manufacturing company in Tehran planned to move its corporate staff, previously settled in their factory, to the 24th floor of a well-known office building in central Tehran. With its circular plan and floor to ceiling windows all around the perimeter, this space has spectacular views of the city which is considered the highlight of the project. The client requested for an open plan office with free seating concept and was keen on promoting the manufacturing industrial nature of their work in the new office.

Since the space was previously used as a showroom and had many additional elements to its existing architecture the first design step was to remove all additional partitions, wood and plaster work on ceiling, walls and columns. This allowed us to reveal the existing concrete ceiling and its mechanical and HVAC elements. The ceiling was then cleaned painted and remained exposed in the final design.

Required closed spaces, such as manager’s offices and canteen area, were then designed along the elevator shafts and the building core so the rest of the space could remain open.  In order to stay on track with the industrial design concept all the metal partitions were built on site with the help of local contractors. This customization of partition elements on site developed a unique design and build process that was fully based on experience and the craftsmanship.

Two floating islands were then added within the open space to house the main conference room and a manager’s office. These pure cubic forms were strategically located in order to create an enjoyable office flow and interesting pathways through the office. These pathways were then made graphically bolder with floor signage and walk & talk paths were assigned to promote physical activity in the office.

The circular volumes, inspired by the shape of the building and the idea of bringing together staff, were then added to function as phone booths and meeting areas. These volumes were built with a metal structure and then covered with stripes of local oak wood. Using a material such as natural wood in contrast with metal in the space balanced the warm and cool tones and textures.

Finally the heart of the office, the bar area was added in the middle of the space to create a social hub, gathering space and informal meeting area for the staff to enjoy. Greenery and plants were always part of the initial design concept and was added using large portable metal planters. The existing HVAC units were relocated and fresh air units were added in order to create a high air quality throughout the office and ensure the energy efficiency and green design. 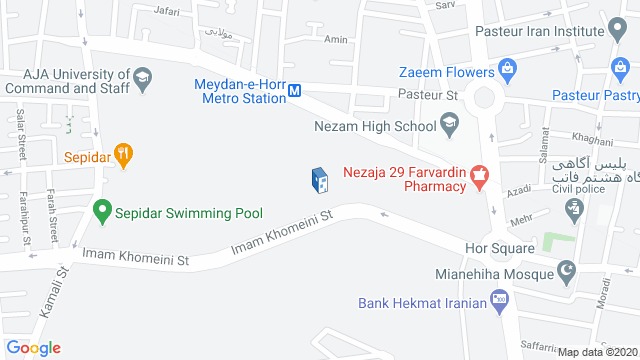 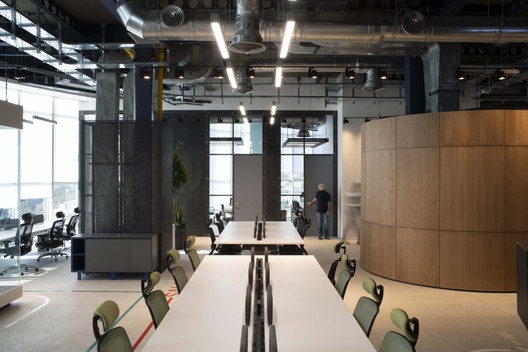