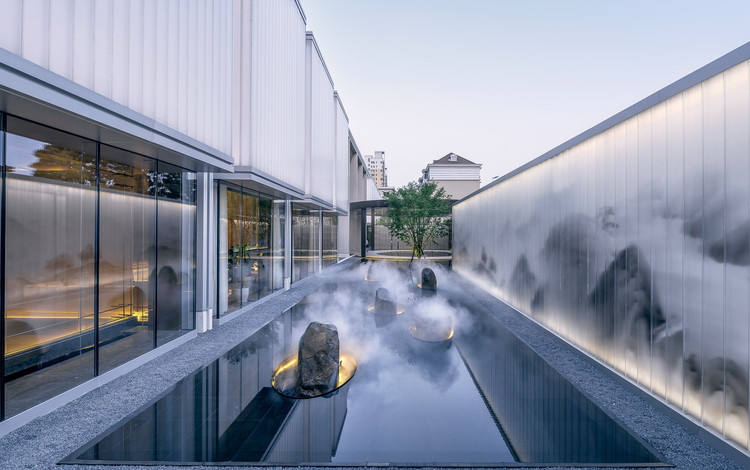 Text description provided by the architects. Sometimes it’s what’s on the outside that counts. The Lake West 5 Community Clubhouse renovation’s thoughtful façade work has transformed a building that was otherwise unremarkable, except for the way in turned its back on the public.

In the heart Tianjin’s urban core, a car dealership that once greeted pedestrians with a blank, 220-foot Peugeot blue, corrugated metal wall, has become a pedestrian entrance and clubhouse for a new urban residential community to its north. Located between one of Tianjin’s main arterial roads and the new residential development, the 20-year-old car dealership has been transformed to act as a bridge between the busy city artery and a new, urban housing development.

By segmenting the existing building and using multiple types of glass to play with different degrees of visibility, the design anticipates the two phases of the building’s new life. At present, its glass bays host prospective condo buyers as a showroom, giving them a taste of the design of the residences that are being constructed behind the building. In the future, these will host retail, restaurants, a food court, and other public amenities, while the central lobby will act as a foyer that future residents will pass through on their way to apartments beyond. Extending Tianjin’s urban fabric into what was once a closed box, the Lake West 5 Clubhouse creates a vibrant, new public space that invites passersby to come enjoy. At the same time, the more opaque, upper portions of the facade will deliver the privacy desired by the development’s future residents.

With a new skin, what was once a closed, blue box is transformed by transparent, glass curtain walls on top of which sit giant blocks of illuminated, translucent glass. Working with the interior designer, a linear skylight is integrated with the design of the curved drop ceiling. The new channel glass blocks segment the building, allowing pedestrians to experience it at a friendlier, human scale. A delicate, metal screen acts like a curtain as it curves inward across the middle third of the building, inviting the public into its central lobby. These transformations of the skin elevate the perception of the original building—previously, an impenetrable, city block-long box—making it a naturally-lit refuge for pedestrians amidst Tianjin’s busy city center.

In collaboration with the landscape architect, the original linear front court has been transformed to facilitate both pedestrian access and vehicular circulation with visitor parking. A set of translucent landscape walls and covered walkway lead pedestrians through a ‘saikei’-garden with a reflective water feature as they transition from the fast-paced urban environment outside the site to the community spaces within. 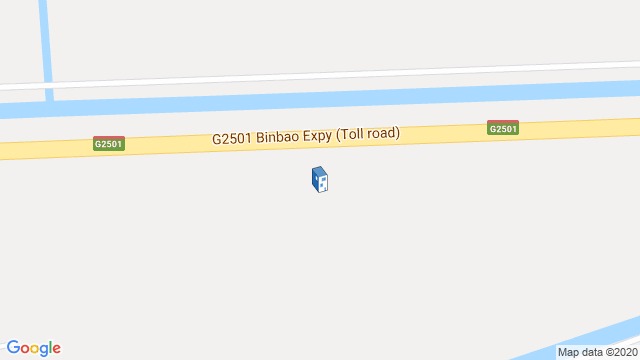