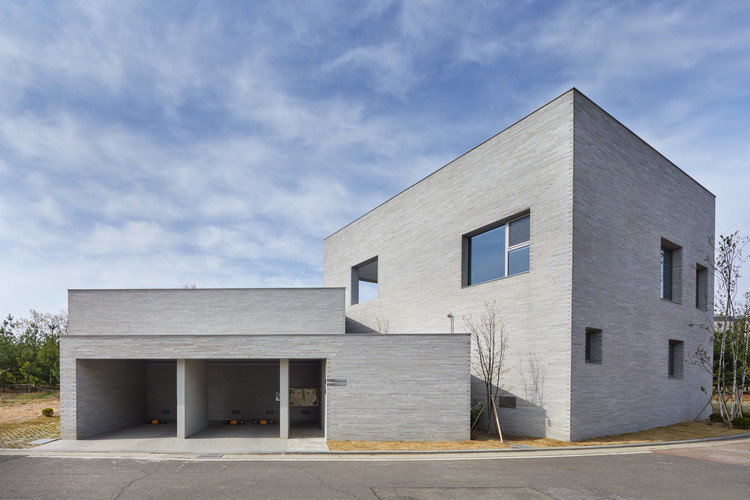 Text description provided by the architects. The site is located in line with its adjacent sites and roads, and the north side faces a 6m road while the south and west sides face a park site. Since the Hangang Ecological Park is formed and the Han River flows on the other side of the northern road, a good view can be gained from a two-story height. A reed field beautifully stretches out to the south, however, since the park's trail is located through it, the entire interior of the house can be seen by the people taking a stroll nearby. Therefore, through appropriate opening and closing, the privacy of the client family must be protected from external gazes, and at the same time, the natural landscape that surrounds the site had to be brought into the house.

Ria's two-family house is composed of two generations and in-laws, which is unusual in these times. The family consists of five adults and one toddler. As they have each lived in different types of houses thus far, their demands were vastly different from each other. Each living and courtyard spaces were separated to keep each person's private life independent, and a shared yard where family members can optionally gather when necessary was planned.

The masses of the house were planned into the parking lot and the spaces where the in-laws will separately live in, according to the circulation as well as the shape and function of the site, and in the process of overlapping, meeting and dividing the spaces, exterior spaces such as the yard or the courtyard were naturally created. The arrangement of the house's interior space reflected the demands for the age and view of the family members. The main living space of the elderly parents was arranged on the first floor considering the convenience of movement and accessibility of the exterior courtyard space, etc., and a narrow wooden porch was planned facing each bedroom.

The second floor was planned as a space where the young couple and their toddler will live in, and it was made to have different views depending on the location of each bedroom and the location of living room. From one room, the Han River can be seen, from another, the scenery of the reed field stretches out, and from the corridor, the inner courtyard and the neighboring park are faced. The variously divided demands of the family members were able to be included in a single house through spaces of different personalities, each with different directions of views, sizes, heights, etc.

Architect wanted this house to find its place in a neighborhood with a concise and simple appearance amid the unpredictable changes of the surrounding by only combining box-shaped masses of different sizes depending on the scale to accommodated the internal program. In order to better reveal this concise appearance, the finishing material of the external wall was simplified with exposed concrete and similar colored bricks. Through this, we hoped that this house would become an emptied background among the surrounding houses that will be diversely built, and harmonize with the shade of the trees in the park. 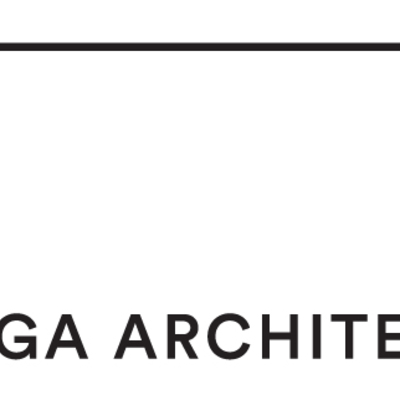