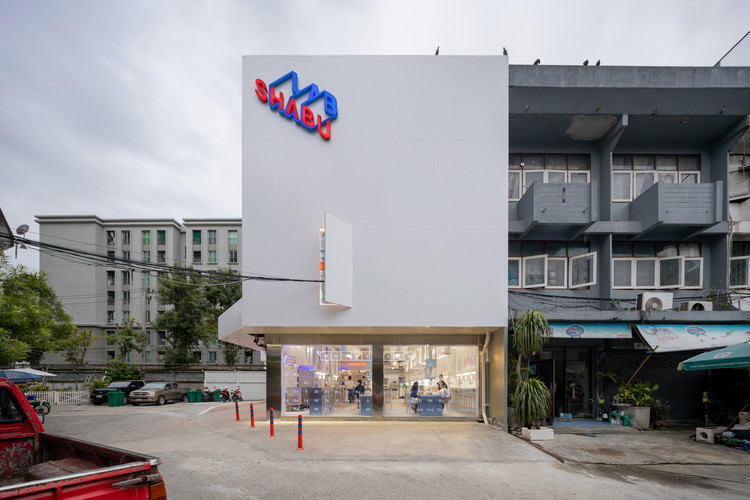 Failed an exam, got roasted by the boss, a pot of shabu can cure everything.
Shabu is one of those comfort food that boosts your energy after an exhausting day or week. It isn't just about the food but the atmosphere of a shabu meal. It means quality time with family and friends. Since the arrival of the food in Thailand, the 'Shabu culture' hasn't stopped growing with countless shabu places emerging practically everywhere. Among the prolific births of shabu restaurants, a small establishment called ' SHABU LAB' made its way into the world of shabu with its very first branch in the Siam neighborhood of Bangkok.

A shabu meal is a dining experience similar to a scientific experiment; both require a specific set of tools. Diners use their imagination with the ingredients with the help of a heated pot. The ingredients get mixed, change forms, and give new tastes. The fact that shabu has its own little 'evolution,' there are no limits on what type of ingredients, seasoning, soups, or sauces one can or cannot use. The conceptualization of these ideas gives birth to ' SHABU LAB.' The first branch under the brand becomes an incredible success, not just for the quirky concept, but a great variety of ingredients, variations of soups and sauces, and the laboratory-inspired mood and tone that offers a refreshing dining experience.

Such success leads to the opening of the second 'SHABU LAB' located near Kasetsart University. For the second branch, IFSO has the opportunity to work with the SHABU LAB team to develop the brand's concept to be even stronger and more fun. The design aims to create a shabu dining experience to be something that doesn't just look and feel like a scientific experiment, but is an actual 'experiment' inside what we call the 'shabu laboratory.'

After a thorough analysis of the functional spaces of laboratories and shabu restaurants, we find certain commonalities. The first thing we look into is the usability of functional spaces. A scientific experiment and a shabu meal are similar in that they both need a handful of equipment. And for that matter, the table inside a laboratory needs to offer sufficient workspace. This problem is similar to when people eat a shabu meal where a table has to accommodate a large pot, a portable stove, food trays, bowls, dishes, dip bowls, not to mention the place to put the bags away, containers for menus, pencils, tissues, and napkins, etc. Because of these details, a shabu meal is always a bit of a struggle. We design a large shelf and a cabinet for clients who don't want their bags to smell to resolve the issue. This way, the table has more spaces to accommodate diners' shabu experiments.

'Efficiency' is the second focus of the design. A convenient and efficient workspace gives positive outcomes, whether it's a laboratory or a shabu restaurant. We design the kitchen to enable employees' uninterrupted workflow. The stockroom, food preparation, and expedite are in the same area, eliminating the hectic image of waitstaffs walking around form one place to another while doing their job. The program allows the staff to work more efficiently while making the best use of the functional space.

'Cleanliness' is the key to every good laboratory and restaurant operation. In addition to the hygiene, which is all restaurants' fundamental quality, another common issue of shabu places is the smell that quickly finds its way to diners' hair and clothes. To prevent the unpleasant post-meal odor and live up to the name 'SHABU LAB,' the design includes overhead hoods for every operating stove. The team designs the façade to coincide with the project's functional demands with spaces provided for promotional and advertising vinyl banners, and the lighting system to illuminate the structure at night. Additionally, the design also intentionally parodies the project's surrounding context. A tangle of overhead telecom and broadcast cables in front of the restaurant becomes a part of the façade's design, which appears as if the wires found their ways into the building, powering up the laboratory.

No matter how seriously the design seems to take the concept, this isn't an actual laboratory. The graphic design adds the playful and a bit chaotic element to the interior space, disrupting the laboratory-like space's rigidity and making it more fun and friendlier. Witty quotes and cute illustrations accentuate the scientific mood and tone, from the element charts and chemical formulas to renowned scientists' wise words. Combining the design to the quality of the food and the fantastic variety of soup and sauce variations (both the original and newly added ones), we sincerely hope that this branch of SHABU LAB will become a memorable part of the growing 'shabu culture,' and continue to evolve as a source of happiness for many more people in the long future to come. 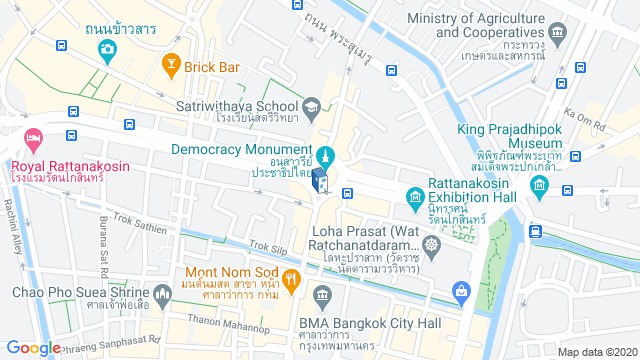