Save
The Mother's House / Sepide Elmi 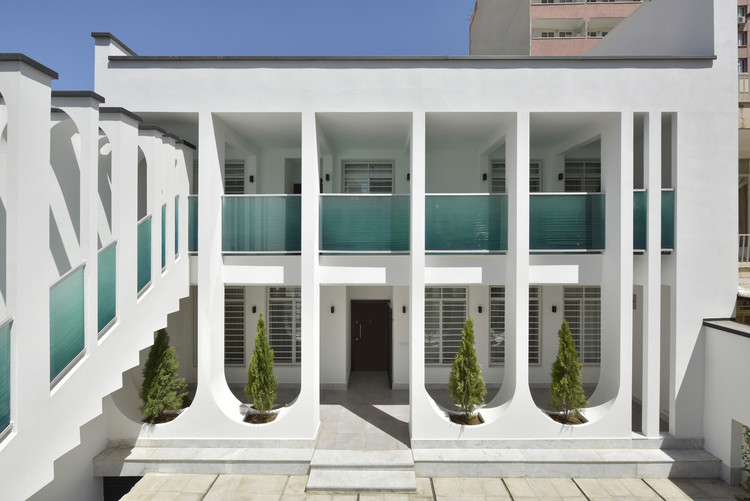 Text description provided by the architects. The project is located in the center of Karaj city in a residential context, somewhere in the narrow alleys where old houses are rapidly being demolished and turned into apartments with a maximum construction area and overlooking each other. The house belongs to an old family in this neighborhood, who have a table in the language of the parish people that means the house is the place where religious-culture events are held. It is not possible to discover people except by recognizing the meanings they use in life and it was important to know what these rituals mean and value to them.

The mother’s house (Sarv banoo) which was previously integrated, must be redefined in two layers, also, the upper layer must be sufficiently independent for children and grandchildren. One of our main challenges was the need to create a structure that responds to the ideological dichotomy of generations, which at the same time creates differences as a hole in proportion to the age of the house in the neighborhood and meets the needs for the icon of the house object in the neighborhood, on the other hand, the economic conditions of a cultured family were limiting.

The first step in the direction of independence is to remove the surfaces of the internal communication staircase and place it in the yard with more emphasis, so that it’s known as an intermediate space in defining the independence of two layers, both from inside the yard and from the alley space. Stairs act as a platform for interaction, especially on religious event days. By adding a layer to the façade, we tried to control the problem of overlooking the opposite apartments and the light, and provide a portico with the desired spatial (space) quality for both layers of the house.

For the shelters and the outside view of the stairs, we used turquoise glass with a dark to light spectrum to have shadows at different times of the day, and on the other hand, to remind the role of the event at home on a neighborhood scale. The courtyard garden was removed to create more space for events and smaller gardens were placed in the space between the columns of the porch so that the trees could be used to control the light and visibility of the opposite apartments, and also play a role in the exclusive character of the house.