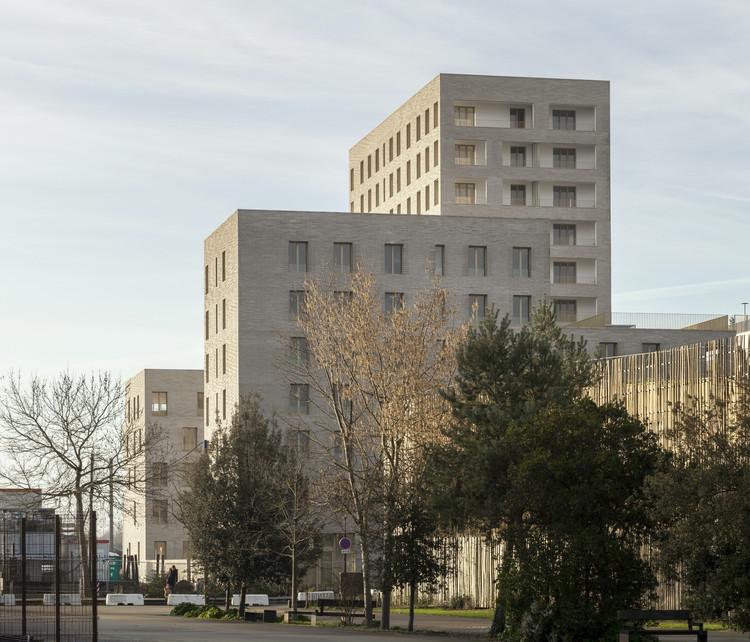 Text description provided by the architects. Nantes island is situated in Nantes city in western France and has been the center of the regional industry for decades until the 90s when it was progressively abandoned. Our project is part of the huge restructuring of this abandoned part of the city that has started in the 2000s. In 2014 “CDC Habitat” and “Maison Familiale de Loire-Atlantique” associated with the co-houses « Les Ruches » were selected to lead the construction of 100 apartments counting 15 co-houses in the future quarter of Prairie au Duc, in the city of Nantes. In 2015 an oral competition was organized to select the architectural team that would design and build this housing complex. Our team (composed of the studios: tectone architectes urbanistes and tact architect ) was then selected, on account of our vision on the architectural program, our comprehension of the context, our experiences, and our coordination expertise.

This project is very impacted by the fact that it combines three very different housing programs, social rents, collaborative and to-buy apartments. Our design concentrated on a collaborative approach, creating a great discussion between all the project actors. This strategy was led by Wigwam ingénierie using their method micmac®, 6 workshops are organized with every involved party including all the cohousing families.

Tectône and tact studios concentrated their effort on creating meetings and common spaces: some within each program and others reaching for all the apartments, even expanding to the quarter and the city. A collaborative workshop, three common living spaces, two common terraces, one common garden, laundry space, and even a shared apartment are designed. One of the most interesting parts of this building conception is the fifteen cohousing apartments. Indeed, the future inhabitant has been associated with the design of their apartment form the very beginning of the operation, even before the architect had been chosen. Thanks to that, these apartments exceptionally adapted to them and their way of life.

Zellige project is composed of three compact volumes of four, six, and twelve floors interacting with each other, responding to the urban planner’s request for high density. Sobriety and measured rigor are what have driven Zellige design, always looking for the simplest solution, refusing complexity and eccentricity. The building has a concrete structure, but concrete is limited to the bare minimum, prioritizing lightweight filings. The entire façade is made of bricks, provided by the company Blockstar.

A brick façade was an obvious choice for us, first of all regarding tectône thirty-year tradition of brick facades and also its high coherence with the volumetric aspect of the project. Nantes is in a seismic zone, which in accordance with European and French laws implies special brick hanging systems. Blockstar developed in collaboration with tectône and tact architecture studios advanced anti-seismic brick technology, even presenting a patent. 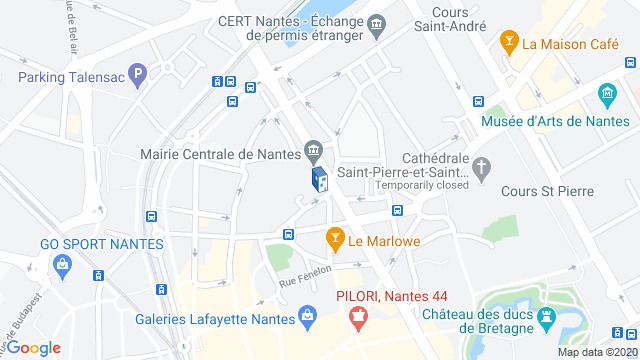