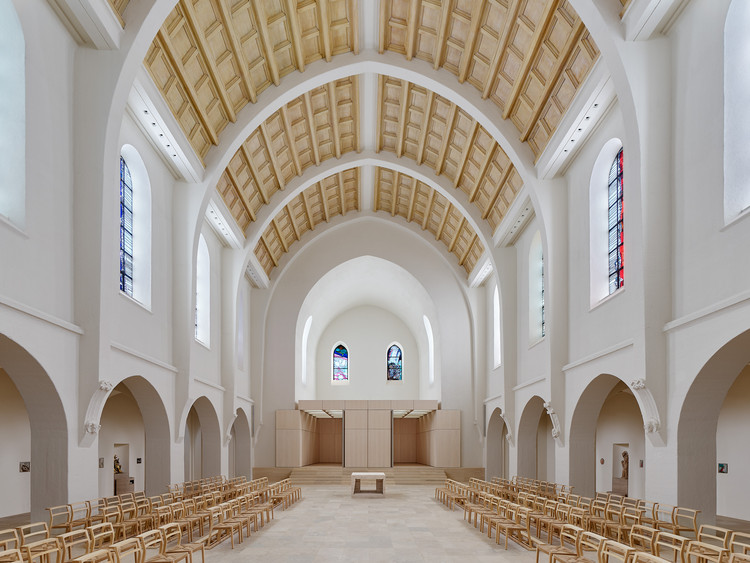 Text description provided by the architects. More and more people are leaving the church, more and more are in search of spirituality. St Fidelis in Stuttgart reacts to this with an open programme. Since December 2019, the almost 100 years old Catholic church has also been a centre of spirituality and church music. schleicher.ragaller architekten designed a place of silence for believers and those looking for life’s meaning.

Buses, suburban railways, cars – Seidenstrasse in the west of Stuttgart is characterized by traffic and noise. Yet amid the hectic everyday life, St Fidelis offers contemplative quietness. The Catholic church was built in 1924/1925 according to plans by Clemens Hummel, modelled on Italian basilicas and in a stylistic competition of historicism and modernism. Destroyed down to the outer walls in 1944, the house of God was reconstructed by Hugo Schlösser with a homogeneous interior regarding the colours. After the Second Vatican Council in 1964, Rudolf und Maria Schwarz newly oriented the church.

After this eventful history and the most recent renovation by schleicher.ragaller architekten, St Fidelis has now come to rest for the time being. The as subtle as ubiquitous feeling of soothing silence suddenly sets in. It is the elimination of everything that is superfluous and the focus on all that is necessary which dominates the three-nave church.

The continuous Travertine floor and the unobtrusive wooden coffered ceiling produce generous, homogeneous surfaces. The atmosphere is festively bright. The stained-glass windows created by Georg Meistermann can now take effect just as much as his images of the Stations of the Cross in the aisles. Inspired by Leo von Klenze, figures of saints and votive candles come into their own on stone pedestals in concave niches.

It was the late Maria Schwarz who, in personal conversations, had encouraged the architects to implement the idea of communion. This community spirit becomes manifest in the new seating arrangement of St Fidelis. The ambo and the altar produce a longitudinal axis in the central nave.

Parallel to it, the faithful are sitting facing each other during the service. In a fascinating way, the Stuttgart artist Martin Bruno Schmid developed the liturgical elements out of a single limestone monolith. The architects integrated a room of silence into the chancel. This wooden “inside chancel” illuminated from above is the heart of the spiritual centre. Nothing distracts from one’s own self.

With six portal doors, this place of meditation and prayer can be opened to the church hall. The rush of the street stays outside. 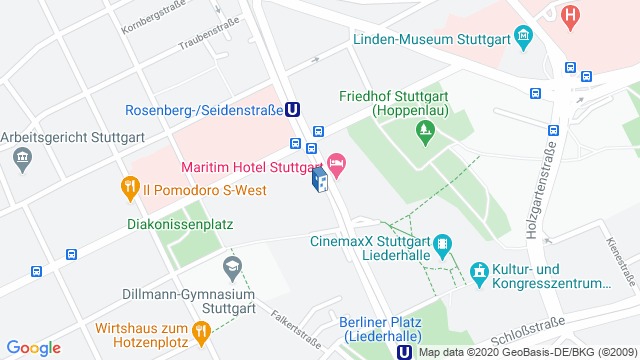 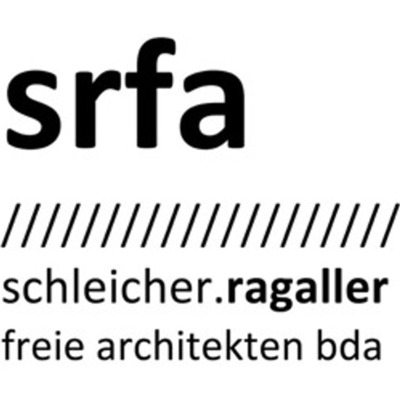 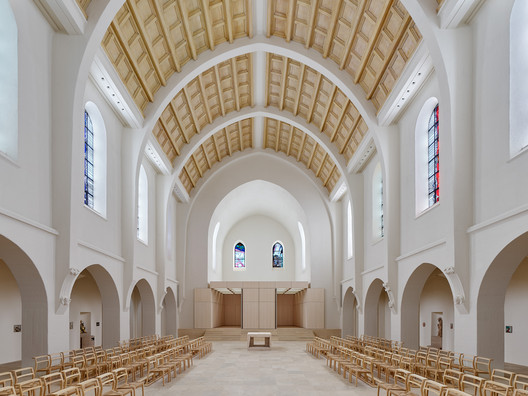