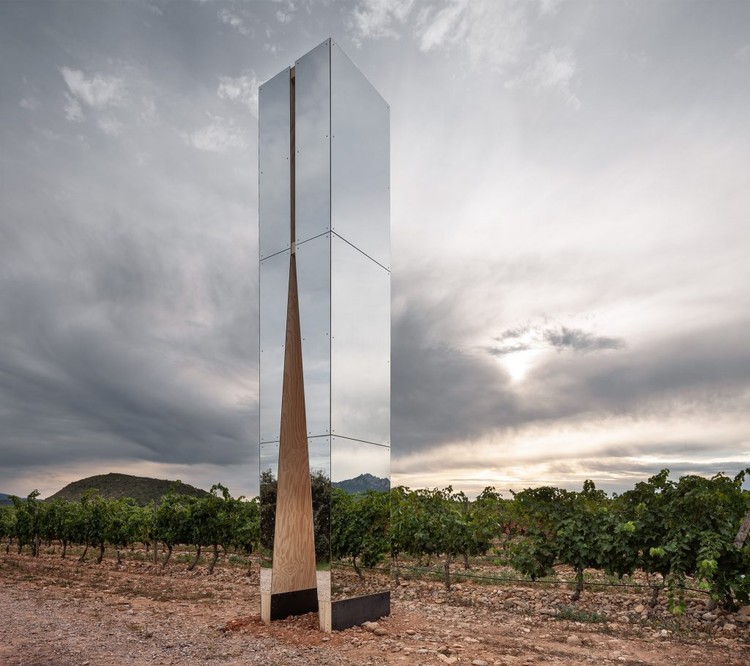 The architecture festival was held in the capital of La Rioja, from September 03 to 06, 2020. The project is located on the shores of the city of Logroño, in a field of vineyards, called Viña Lanciano, owned by Bodegas LAN.

Design; proposes an abstraction, which starts from the figure of the most used wine bottle, with a capacity of 750 ml. Its peculiar elongated figure with that elegant touch of glass, creates our concept, a form; which is a tribute to its quality and prestige.

4 sides represent each of the stations, a vertical element that rises 7.50 m, an ephemeral landmark, stands out within the site, which bathes the Ebro river. Its outer faces are made up of a mirror-skin, a similarity to elegant glass and creates a reflection of your changing environment, throughout the year.

Attached are some images of the project already built, it should be noted that, according to the Festival organizers, the project was going to be removed at the end of the festival, but it was so much to the liking of the visitors and their own, that they decided to leave it permanently in the vineyard. 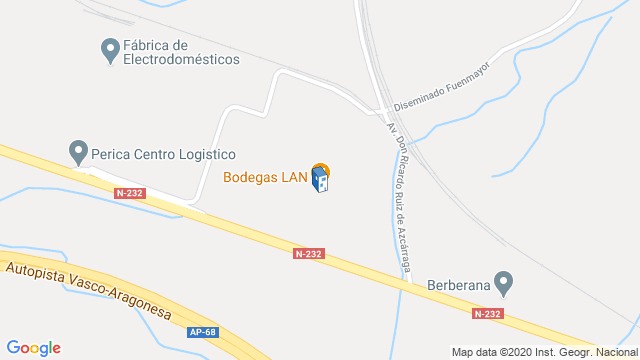 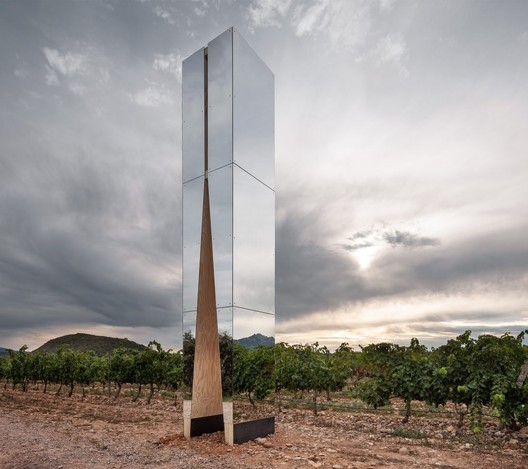