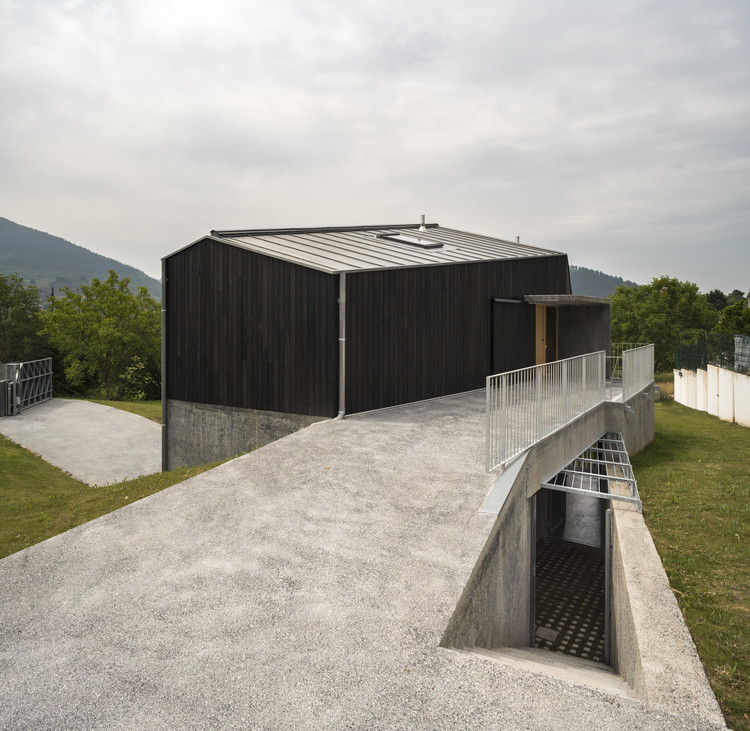 Text description provided by the architects. The commission contemplated the immediate construction of a single-family house on a plot adjacent to the main urban centre of Zaratamo, a village near Bilbao, but given that the site had to accommodate two houses in the future, a previous study phase was launched for the planning of the plot that included a preliminary project for both houses, so that an adequate coexistence of the buildings and the correct urban fit of the proposal was guaranteed. The planning responds to the need for optimal use of the scarce shared land, favoring a harmonious volumetric dialogue between both houses that is reminiscent of the small rural centres or baserri, which make up the hamlets in the area.

The first house built, the deambulatory house, is the result of the intention of projecting a contemporary building that is also respectful of the local architectural tradition. Sheds and farmhouses in the region generally have large gabled roofs, alternating ridges that are perpendicular or parallel to the contour lines of the rugged terrain. Combining both types through a seemingly simple geometry, the two main orientations of the house have a sloping roof, so that the proposal creates a respectful synthesis and gives the building a contemporary image, that at the same time is reminiscent of the gabled roof hamlets both in its main elevation, more exposed to the surrounding landscape, and in its side elevations, of more contained scale and adapted to access from the street. This simple gesture facilitates the perception of the prototypical form of the house in a structure that is both traditional and contemporary, with a scale that also adapts according to its orientation for a correct landscape fit.

The building is integrated into the existing topography, modifying it only in a subtle way to hide its annexes in partially excavated spaces. The main pedestrian access to the house is located on a platform at the upper floor level, in the area closest to the urban centre, coinciding with the highest level of the plot and with the slope of the street, from which the house is perceived as a volume of low height. The most private spaces of the house are located in this upper level, distributed around the upper entrance hall, and communicate with each other forming a deambulatory around the exterior facades, which can be compartmentalized by sliding panels, and allows the space to be perceived as a profusely illuminated continuum.

The lower floor houses the more public spaces, linked to the outdoor terraces and the adjacent land. In its central core, a versatile space, which connects the kitchen and the living room, can function as a dining room or a covered terrace, being adaptable for its use as indoor or outdoor space depending on the time of the year, the climatology and the wishes of the inhabitants of the house, through a system of large practicable glazed panels.

A concrete basement houses the annexes linked to the dwelling, located under the upper pedestrian access platform and communicated with it through an external staircase linked to an area or small patio for lighting and ventilation. The continuity and permeability of the spaces is reproduced on the lower floor where both the living spaces and the annexes generate an accessible and open continuum.

Respect for the local tradition has also been considered in the choice of finishing materials for the building, designing a building with cross laminated timber structure and enclosures in thermo-treated wood and manufactured stone. The cladding of the dark wood facades is reminiscent of the large central stretches of the farmhouses and sheds in the region, while the concrete of the basement is treated by hydroabrasion, a process that exposes the gravel aggregate and turns it de facto into a stone facade. The tradition is thus, reinterpreted in a contemporary way.

The house takes advantage of its orientation to optimize its energy efficiency, which together with other measures of solar protection, continuous insulation, heat recovery ventilation and heating and cooling through geothermal energy, favors obtaining the Class A energy rating. 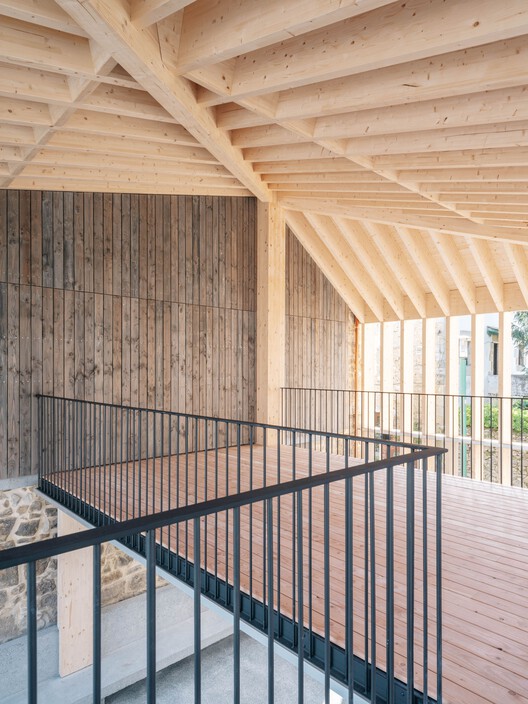 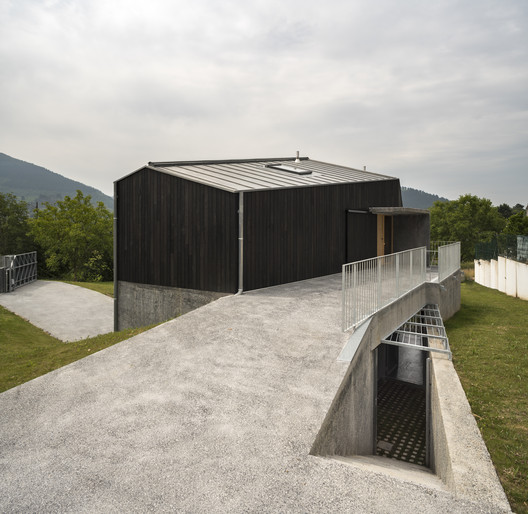