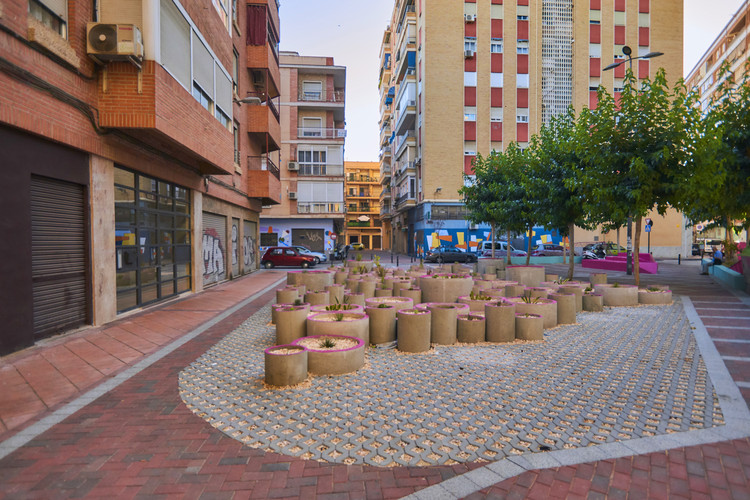 Text description provided by the architects. The museum of cacti and succulents is an architecture that emerges from an agile and light way of acting in the city supported by the strategy of ‘urban acupuncture’, which allows us to create a new urban garden in the city of Murcia more quickly. This new garden is obtained by connecting a redundant car island to a pedestrian zone. Thus, from a residual space in the city where garbage was stored, a new pedagogical garden is obtained, an open-air museum of succulents that contributes to the decrease of electrosmog and electro-pollution while allowing children to discover the succulent species from all over the planet.

The project of the new Museum of Succulents is framed within the proposals of the Urban DNA of the Murcia City Council, and is articulated as a new intergenerational space where car-less prevails and a piece of the city is returned for the priority enjoyment of the elderly and children. This new Museum of Succulents is a pedagogical garden that instructs on the flora and a sector of plant species, in particular succulent plants of the world, in order to bring learning to urban parks about botany and nature. The surrounding road traffic makes the use of this new found space uncomfortable and that is why two ecological mattresses are designed by means of two fuchsia and turquoise rectangular planters, which absorb noise and partially isolate the placeta with vines.

A fuchsia grandstand is installed, from which the entire plant museum can be seen from a higher level. The fuchsia stand has faceted geometry so that children can play with skateboards and skates, and during the morning the older ones rest in the shelter of the strong shadows thrown by the mulberry trees that evade the strong sun of southern Spain. 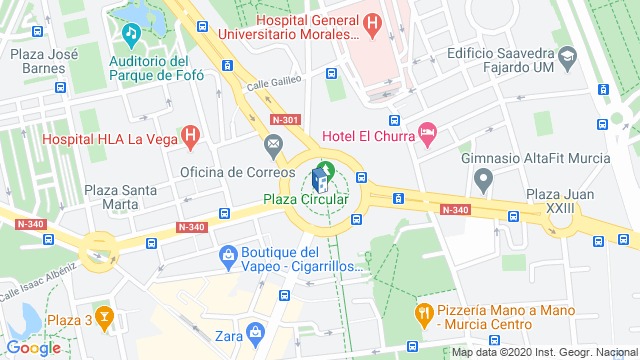