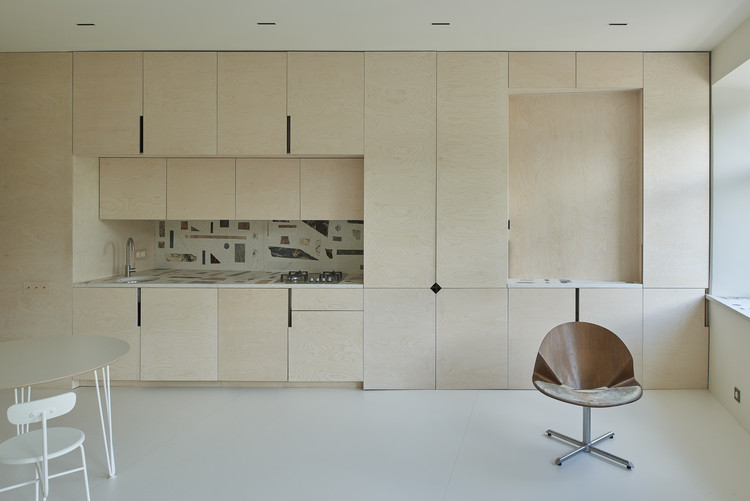 Text description provided by the architects. The apartment in Vilnius central station district was resurrected and adapted to today's lifestyle. In a relatively small living space, we sought the impression of light and spaciousness that would create a calm, light, and caring atmosphere. Upon entering the apartment, you find yourself at a gap between two volumes, after which you are pushed out into the bright and open space of the whole apartment.

The main space is released from the partitions. The bathroom, kitchens, boiler room, and other household functions are composed to furniture type wall which stretches over the entire length of the apartment. Furthermore, this element distorts the usual boxy geometry by adding a new vector. During the night time, part of the common space is separated by a curtain, thus forming a bedroom. In order to absorb the light entering through all three windows, the floors, walls, and ceilings are flooded with a solid white color. It merges individual planes into a single, ascetic background, that makes individually made objects to stand out. 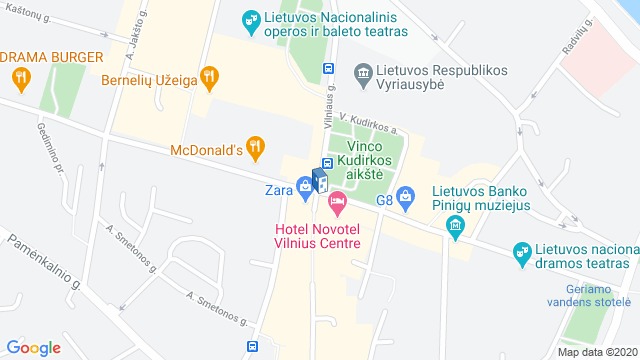