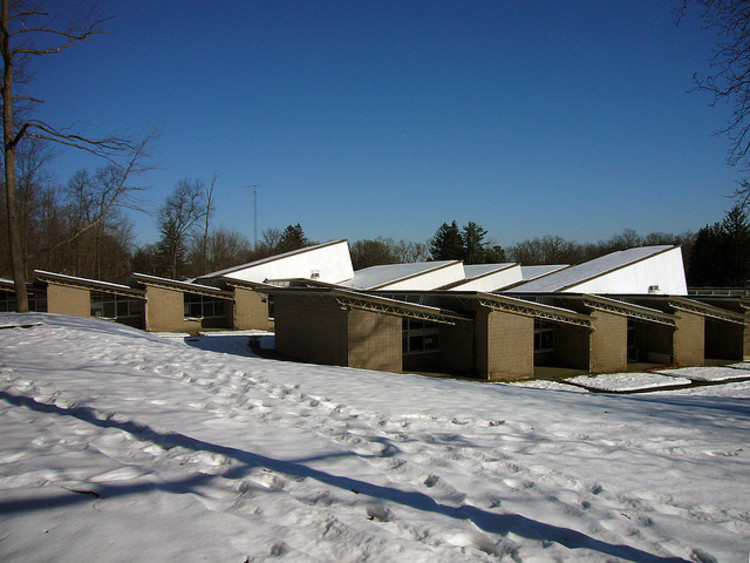 Text description provided by the architects. It is always wonderful to stumble upon humble examples of architecture done by exalted architects, who are typically known and appreciated for their larger structures rather than their smaller-scale or less flashy buildings. In the case of Middletown, New York, the local elementary school flaunts hints of the more recognized designs of Paul Rudolph but at a more modest scale.

Completed in 1964, the public elementary school is the first and only building designed by Rudolph at the scale of a child. The school is very progressive in it's overall layout; the main floor is separated by walls that do not fully enclose the class rooms, leading essentially to an open floor plan which is referred to as a "continuous progress plan."

All rooms are open to each other, with operable walls that allow for flexibility of spaces. Another aspect of the internal design of the building is the series of saw-tooth clerestory windows that rim the top of the walls, allowing for a substantial flow of natural lighting and giving the feel of an older factory building.

The area of the site totals around 27-acres, and the school was to be built for 918 students. Although these seems to be a moderately-sized school, Rudolph is successful in maintaining the feeling of a more relatable domestic scale for the children.

The instructional wings were staggered along a spine of communal spaces, including spaces for art, music, guidance, physical education and administration. Each of the classrooms has a door to the exterior of the building and is also open within the wing, which enables teachers to teach up to eight classes at once.

The school has been in the discussion of many of the locals in Middletown, as the demolition of the building in the process of constructing a new elementary school was slated in 2009.

The new school is proposed to be built near the existing site, also including a new parking lot which would extend to the present boundaries of the John W. Chorley Elementary School. Although it is not necessary to demolish the existing school building, there are proposals to do so anyways to maximize the site area for the proposed design.

Many others argued for the case of the historical building, hoping to convince as many citizens as possible that the cultural and historical aspect of having a building done by Paul Rudolph is crucial to the identity of the city. As of the beginning of 2010, the Preservation League of New York placed the John W. Chorley Elementary School on the 2010 "Seven to Save" list. 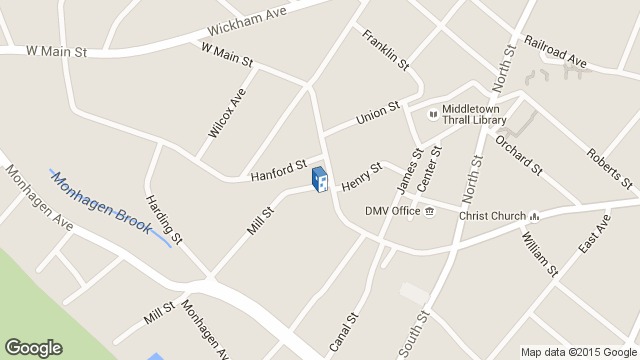 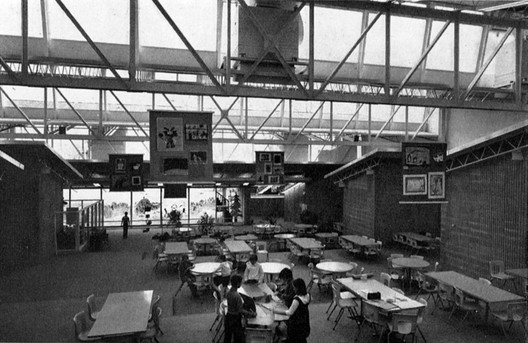 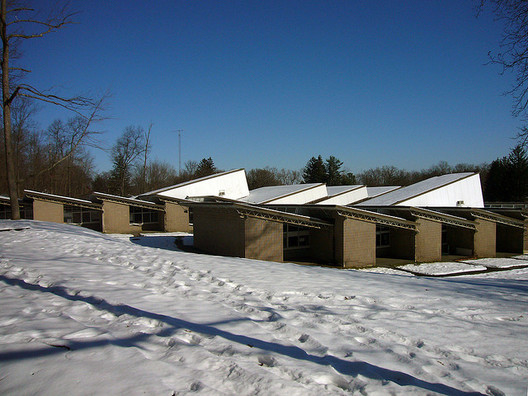