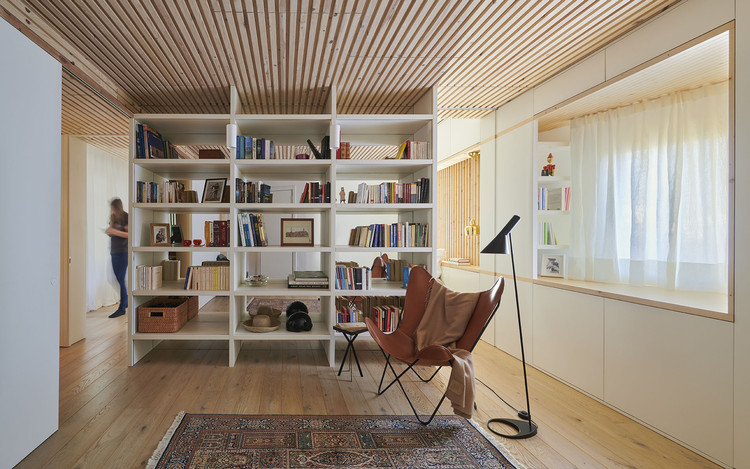 Text description provided by the architects. Although the project is located in a building without much heritage interest, the apartment is on a fourth floor enjoying privileged views over the Sant Antoni Market. Undoubtedly its privileged location in the center of the city, right on the border between Ciutat Vella and the Eixample, in front of one of the masterpieces of the late S-XIX, is the essential ingredient on which all the decisions of the proposal revolve.

Built in 1882 by Antoni Rovira y Trías and recently restored by the studio Ravetllat Ribas Arquitectes in 2007, the Sant Antoni market is the first market outside the walls of Barcelona. Built on the remains of the old bastion of the city gate that gives it its name, located at the point indicated by Cerda himself, reverses the usual pattern of chamfered squares in its full-void scheme giving rise to a unique building with a cross floor plan, which is built by a metal casting structure characteristic of that time. Above it, a gabled roof of glazed ceramic tiles in ochre and green tones are the backdrop of the project.

The proposal is based on a single idea: a bookcase that runs through the apartment to organize the whole space. From the entrance to the house, farther from the day area than would be convenient, the bookcase picks us up and accompanies us in a succession of four fragments that stagger and open like a fan to lead us to the views over the Market. Thus, a single longitudinal living space runs through the entire floorplan generating a fluid space in the center that avoids a long and closed corridor. The library is a translucent screen that hosts as many books, trousseau, and other belongings as necessary, depending on the use that occurs in each case. Thus, all rooms are organized on both sides including bedrooms, bathrooms, kitchen, library and living room.

Just as it happens on the floor with the bookcase, in section, the false ceiling of pine slats repeats the gesture of staggering, expanding and compressing the space in height according to the width of the room of its use, to finish with the highest height in the living room next to the main facade. So, the ceiling seems highest at its peak over the market. In each sector, the bookcase distances its horizontal shelves more or less separately as if it were an accordion. This veil gives personality and continuity to the central space, combining the uses of studio, library, distributor and living room. In turn it hides all the air conditioning facilities of the house. The ceiling at its lower level extends to the interior of the bedrooms as shelves for use, not only to incorporate the air conditioning returns, but to extend the space and link it to the central space and the bathrooms that are more secluded. 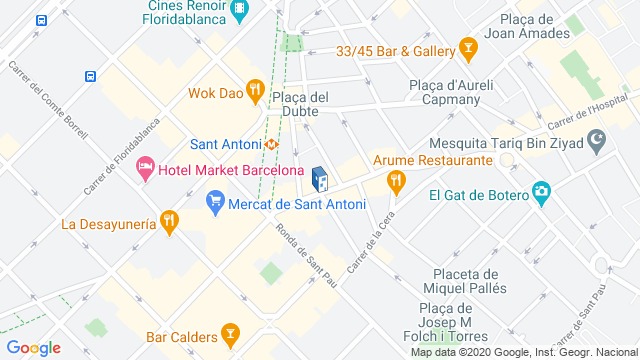