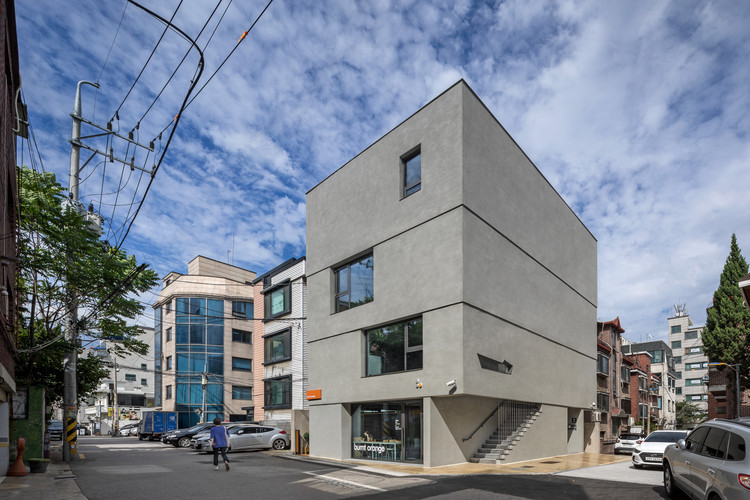 Commercial building construction: Architect between lessor and lessee - After decades of development and huge increases in the price of land, construction in the Hongdae area has spread into the backstreets like a virus, with business value taking priority over everything. Buildings that undergo rapid changes with no consideration for regionalism slowly proliferate, then as time goes by, the unique character moves to another place, leaving only a veneer behind. This site located in an alley off the main street where Dangilli power plant was turned into a park. Following this, the surrounding land price rose a lot and a lot of new construction and remodeling took place here and there, a predictor of urban change.

The client obtained lots of information from acquaintances and was deliberating on the design, planning a general commercial building to increase rental income and reduce the vacancy rate. Keeping this in mind, we also started making predictions about building owners and lessees, carefully paying attention to business types in the area. The location was excellent, but as each story had an area of approx. 100 m² and an efficiency rate of 80%, the new building was thought to be good for small scale cafes or design-related businesses. We thought the new building needed to have a natural presence in the future as a neat building, in contrast to the current street environment with multi-unit family houses and commercial–residential buildings lining the street.

Commercial building construction to create an urban landscape with a neat appearance - By adjusting the limit line of structure in the alley to the south for new construction, a 4-meter wide road was secured. This opened the land up in all directions. Three sides of the building could now be exposed to the street. From the lessee’s point of view, the building was a good location because it had so much exposure. As the building layout was designed with a slightly tilted building line next to the street, the building was freed from the restrictions of the setback line limit for daylight to the north. As a result, the front of the building gives the appearance of four square stories. This created a good opportunity to reveal the surfaces of the building to the street with a slight twist, according to the characteristics of the corner land, rather than simply accepting a design with a legal setback line.

In neighborhood living facility, securing visibility of the outside through windows and doors is considered important. How we could make the clearest mass and an appropriate volume of windows and doors was important. Although we concentrated on a heavy mass, we fragmented it by having each story protrude by 30 mm to keep the mass from looking monotonous, and we made the windows and doors fit against the horizontal line.

The stairs next to the shops on the 1st floor provide good access to the 2nd floor, as users enter directly from the outside. The accessibility of the 2nd floor is increased by bringing the direct stairs to the forefront while about half of the area on the 4th floor can be used due to the setback line limit for daylight. Instead, as it has an independent yard, we can expect a variety of utilities. For the connection of vertical circulation between the 3rd floor and 4th floor, an elevator was installed. As the results show, these were all good choices. There were a lot of rental inquiries even before the permission for use was granted, and a lessee was decided upon immediately.

Architecture should satisfy both the people who see it from the outside and residents who live on the inside. Perhaps architecture should be conscious of the impressions of anonymous individuals who just pass by, continuously observing, while also satisfying internal residents in terms of functionality. We could obviously draw the attention of many people by designing a symbolic mass on a complex street. And people who want to access this building will be led inside through clear vertical circulation. Once inside, with only few glass windows, the outside is blocked temporarily and the walls also play the role of containing the lives of residents. After determining appropriate spaces, the intersection of inside and outside, and the ratio of walls to windows, we intended users to arrange the rest freely. 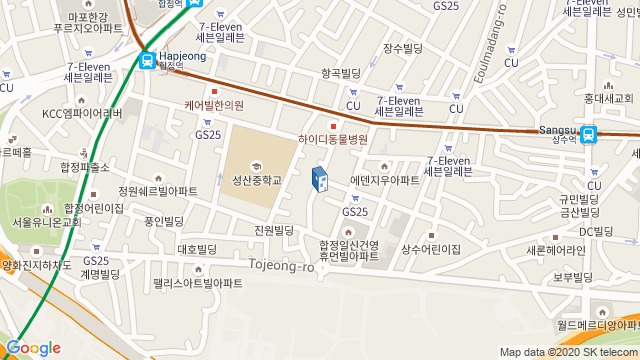 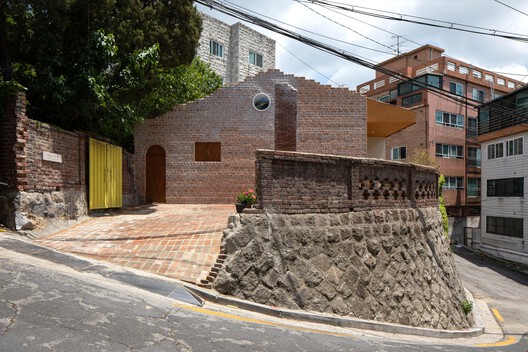