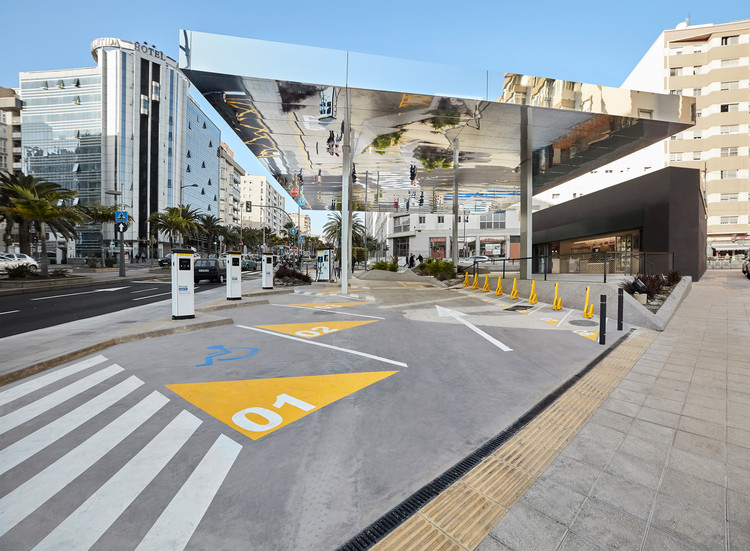 Text description provided by the architects. A dialogue between light and shadow, reflected space and opaque mass, is the main concept for the first electric vehicle (EV) charging station in the Canary Islands, located in Santa Cruz de Tenerife, where users are provided with developing experiences that change throughout the day. This way it indulges in the light cycle, which not only shows the passing of the days but also mutates with the seasons, thus showing the progression of time.

The floating canopy, together with matte black structure that rests on the ground, generate a perceptional ambiguity, situating us in a scenario that replicates everything that’s perceived by it.  Together they make up an almost equilateral triangle that is a visual focus of their immediate surroundings. The building is the background of the scene while the free space is filled with activity filtered by the vegetal curtains.

The dialogue between both units, canopy and built piece, takes place in the floor and the void that separates them, producing here the point of light entrance of the canopy towards the building. The space below the canopy deck is cladded with a mirror like material where bonds are created between the real and virtual space. The fact of it perforating the ground, precisely located below the canopy, reinforces the concept of virtuality, where users and pedestrians enter an imaginary world. The perception of the whole is characterized by the lightness detached from the formal approach of the canopy with its light inputs, reinforced by the visual buoyancy provided by the new cladding material, as well as the inclined texture of the gardens, which changes dimensions in relation to the place you approach it from. 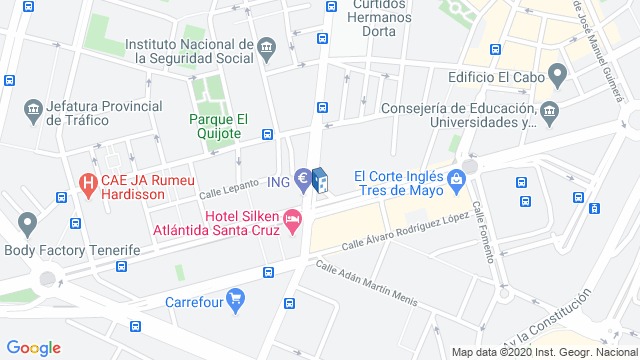 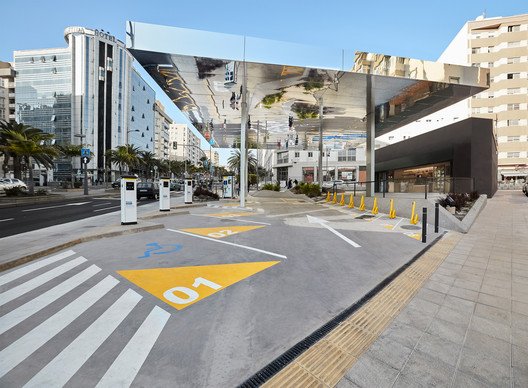